By the Grace of God

Bravery comes in many forms, but French director François Ozon’s latest film, based on real events, follows a group of men who decide to take a courageous stand against none other than the Catholic Church. 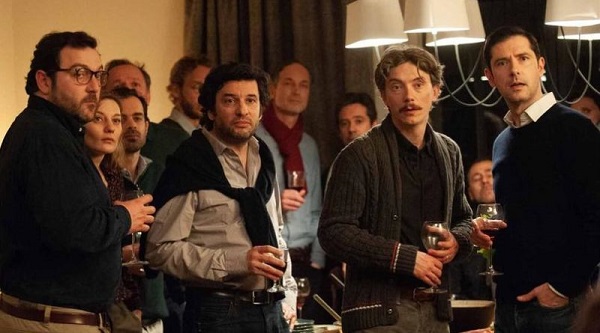 So, no-one thought to tell Francois that we decided against a having a costume party?!

It’s only after chatting with an old school friend that Alexandre (Melvil Poupaud) has the sudden realisation that he was not the only one to be molested as a child by Father Bernard (Bernard Verley). This news startles him, drudging up the darkest of memories he’d long since buried.

However, he’s curious enough to look up what the priest is now up to, only to be shocked to find that he’s not only still in the priesthood, but is still interacting with young children.

Still being a member of the church himself, he goes through the appropriate channels, to report the situation. Despite not getting the attention he thinks he deserves from the church, it does from the media, which makes further men come forward with their own stories of molestation from Father Bernard.

With this common horrific thread running through their lives, the men find themselves bonding, whereby they can finally share their experiences. Not only that, they decide to do something about it. 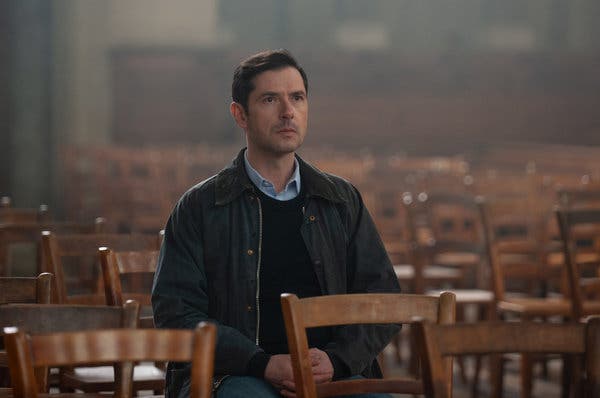 Louis was surprised that the latest Bucks Fizz re-union didn't appear to catch the public's imagination.

Ozon’s film is a slow-burning examination of an institution’s resistance to acknowledge its own dark truths. It highlights the church’s reliance on the guilt and shame from victims, who have suffered from acts of sexual abuse from priests, keeping silent to protect those who abuse their privileged position. And when victims choose to come forward, it also reveals the church’s inability to manage the situation.

What the film lacks however is an emotional reaction to events. The two of the main characters aren’t exactly forthcoming, with one of them seemingly keener on the running of the website than the impact it had on his life. It’s only one character, Emmanuel (Swann Arlaud), who visibly suffered from the abuse, the aftershock of which continued to influence his life as an adult. It could have certainly benefitted from being far more emotionally relatable and less so matter-of-fact.

Ozon also chooses not to delve too deeply into the psyche of the priest concerned; he is not ashamed to admit his crimes, but that’s about it. Perhaps Ozon didn’t want his story to overshadow that of his victims, but it would have been interesting to delve a little deeper and get more from his perspective – what makes a man of the cloth do such vile acts? No reason is ever offered.

To that end, the film raises more questions than it manages to answer. Firstly, it’s all quite insular; it never ventures outside of this story, and never admits to this being a far wider issue, so to not even refer to the bigger picture feels somewhat amiss.

We also never get a sense of how many victims there actually were from this one regular offender; there appear to be plenty of them, but the film is terribly vague as to how many.

And after over two and a quarter hours of this particularly story being told, the ending is disappointingly ambiguous, revealing neither closure for his victims nor the audience.

It is a film that appears to just scratch the surface, and sadly leaves it at that.