There is a clear hierarchy when it comes to horror characters that terrorise us from the big screen, with the likes of Freddy, Jason, and Michael Myers lurking menacingly at the top, if only through perseverance and longevity, if nothing else.

Below them exists a list of characters who, for whatever reason, haven’t quite had the same kind of impact, as it were, on audiences. And probably top of that list is Candyman.

Based on a short story called “The Forbidden” by British horror writer Clive Barker, Candyman made his screen debut in 1992, followed by two uninspiring sequels.

This then is the direct sequel to the original, that sees the hooked horror figure back in Chicago causing havoc. 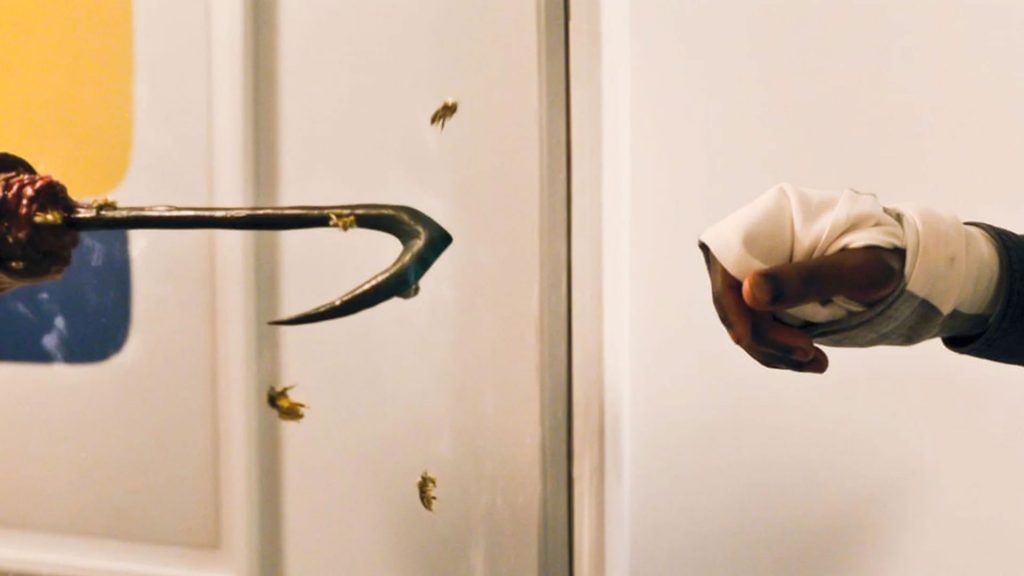 Suffering from a touch of artist’s block is visual artist Anthony (Yahya Abdul-Mateen II); his current work isn’t really doing anything for anyone, including himself, so he's in desperate need of another source of inspiration.

He thinks he might have found it when he ends up back at a suburb of Chicago he knows well, Cabrini-Green, where the projects were and where he grew up as a kid.

Whilst visiting the area he pops into a Laundromat run by owner William (Colman Domingo), who tells him the story of the Candyman, and of how he was beaten to death by policemen for a crime he didn’t commit. His death wasn’t the end of the story however, as William continues that it’s been said that if you say his name five times in the mirror, he will return to claim your life.

Anthony is instantly fascinated by this urban legend, and finds it’s just what he needs to kick start his creativity. What he doesn’t realise however, is that he has a deeper connection to the legend than just his artwork, one that soon takes hold of him, a real firm grip, that he just cannot shake. 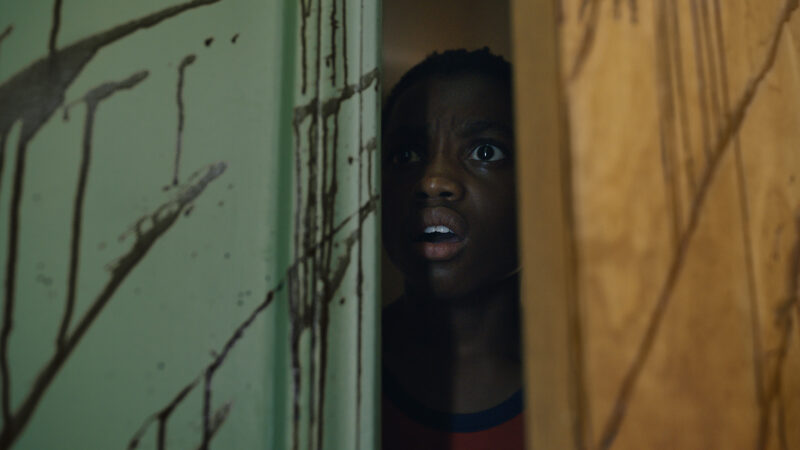 I'm not sure a paper cut should bleed so much.

This could easily have been a relatively straightforward reboot for the Candyman franchise, with very little in the way of thought or creativity gone into it. Thankfully, that’s not the case, as director Nia DaCosta’s film is quite a cerebral affair. It’s certainly helped by being co-written and co-produced by Jordan Peele, who has helped elevate the material to something more substantial.

Right from the very start of the film, and we’re talking pre-credits here, DaCosta gives an indication of what to expect by playing with the concept of reflections. It’s a theme that she returns to again and again, which is no surprise considering how integral mirrors are to the main character, but she uses it with a pleasing creativity throughout. Mirrors and reflections are regular tropes that feature, but DaCosta puts some thought into their use, adding an extra level of attention to proceedings.

The art direction should also be mentioned, as there are some impressive elements on show, in particular a paper puppet show that is featured throughout.

Perhaps she goes a tad too far in places however, as the story itself gets surprisingly deep, especially for a slasher flick, and although it comes from an enthusiastic place, it may not be quite what an audience wants from a film of this genre.

There’s also the slightly tricky matter of the narrative itself; in order for the Candyman to appear, the person summoning him must say his name five times – in order for him to kill them. It’s such an awkward mechanic, that although cinematic, it’s difficult to comprehend why anyone would do such a thing in the first place. And there’s the rub. It’s possibly the only thing holding him back from joining the big boys on the next level, as his arrival would no doubt cause a major impact, with Freddy, Jason et al dying from laughter, as they mutter “Candyman” under their evil breath.

Still, it’s a fascinating revival, and although it doesn’t entirely work, its execution, on reflection, merits a look.