In 2001, the original Cats & Dogs film was released, with an impressive cast of both physical and voice talent, that included Jeff Goldblum, Elizabeth Perkins, Tobey Maguire, Susan Sarandon and Charlton Heston.

Considering it was budgeted at $60 million, it did incredibly well at the box office pulling in just over $200 million.

A sequel was clearly inevitable and arrived in 2010, by way of Cats & Dogs: The Revenge of Kitty Galore, with a different cast involved, including the likes of Neil Patrick Harris, Christina Applegate, Bette Midler, Nick Nolte and Roger Moore. Unfortunately the appeal of watching pets talk on screen must have worn off, as it only made just over $112 million at the box office.

This sequel, coming as it does ten years after the last instalment, hopes to be vaguely relevant off of the fact that with so much time spent at home these days, our love for pets will translate to further interest in this series with this third entry. 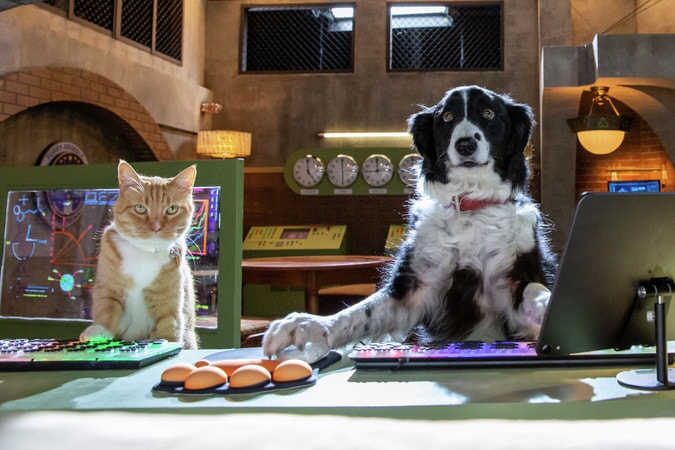 I can't believe I gave up a regualr gig on Emmerdale for this.

Living in a apartment building in Seattle are Roger (Max Greenfield) the dog and Gwen (Melissa Rauch) the cat. Unbeknown to their respective human owners, the unlikely pair work together as secret agents, albeit in analyst capacities.

With there being a truce between their kind for some time now, there’s a harmony amongst humans favourite pets. This soon gets disrupted however, when their HQ is hacked, and they are sent a message from someone claiming to be a super-villain, whose aim is to once again make the two species enemies.

It seems that Pablo (George Lopez), the Cockatoo villain in question, has the tech to back his claims, as his reptile tech genius has created a frequency, that can be sent by satellite, that will once again make cats and dogs fight one another.

With no access to outside help, Roger and Gwen quickly have to step up to the positions of field agent in an attempt to stop Pablo in his little clawed tracks. 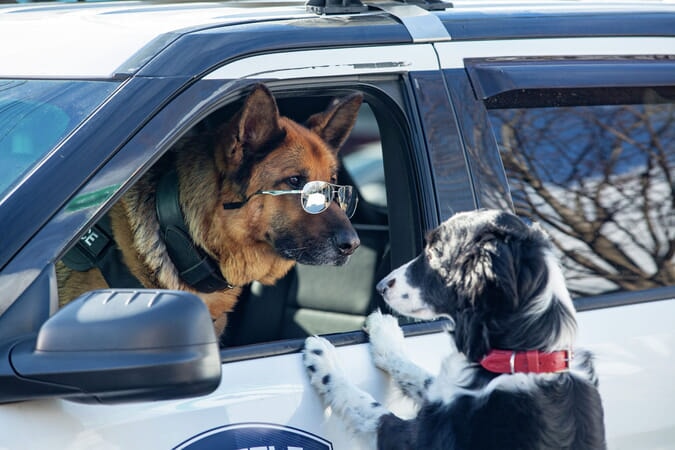 Like I've already said, paws off the door pal.

Despite the franchise making a ton of pet treats, the studio clearly didn’t have the same kind of faith in this sequel. For starters, the talent involved has lost quite a bit of its shine, with not a whiff of an ‘A’ lister to be had. And boy does it show. This poorly conceived project gives you more respect for voice talent and how important it is. Although not all the blame can fall on the voice talent however, as the script, which is a standalone piece and doesn’t have any connection with the previous titles, is nothing more than dog excrement.

Then there is this awkward subplot of a relationship between the two young owners, which is truly cringe-worthy. With clearly a budget nothing like its previous entries, the human casting here appears to have been pooled from actors who make a living in Hallmark productions. To give you an indication of how bad it is, you have probably witness a primary school production with stronger performances.

And it’s difficult to weigh up which is the biggest insult: that the film was released straight-to-video in the states, or that it was given a theatrical release in the UK.

One can only hope that the animals involved got paid far more than their human cast, as they’re the ones that not only did all the hard work, but will no doubt need pet counselling for the rest of their days to cope with the trauma that must have come from being involved in this catastrophe.

This is the kind of cruelty that neither pets or their owners should be subjected to.