If you were unwell and visited your GP at the surgery, you may well have reservations regarding their medical training if they prescribed a paste of dead mice to treat your cough. But although it’s unlikely you would be able to pick it up over the counter at Boots, it was actually a remedy used by the ancient Egyptians.

Thankfully the advancement of medicine over the years means that those little mouse corpses are relatively safe, as well as little need for all of those other peculiar treatments used throughout the centuries.

But that’s not to say that some of what were seen as cuckoo ideas at the time actually worked, as this fascinating look at the life of Jan Mikolášek illustrates. I'm not coming back to the table until you apologise for calling my lasagne a saucy brick.

With literally hundreds of people queuing up to see him in his office in Poland for his medical prowess, you’d be forgiven for thinking that Jan Mikolášek (Ivan Trojan) was a doctor. He himself would be quick to point out that he wasn’t, and yet there was no denying he had a remarkable gift for healing.

Jan’s medical treatment wasn’t based on traditional medicine, as he utilised the power of nature as a herbalist. He became so renowned for his abilities to cure that his services were used not only by the locals, but by powerful men in government.

But when two men died, allegedly from a potion supplied by Jan, he is quickly arrested by State Security, and his reputation for healing is swiftly undone with the regime keen to brand him a fraud and a conman. 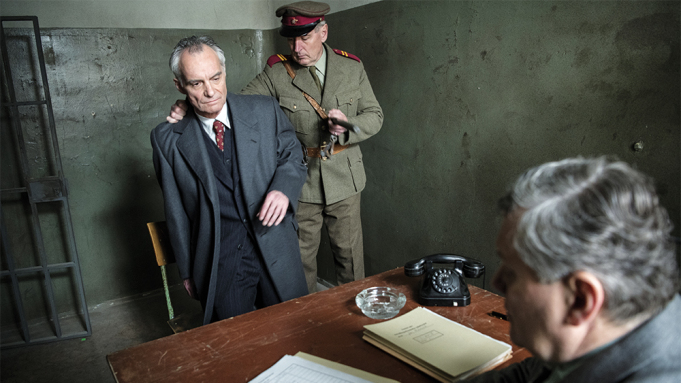 So I pushed the door when I should have pulled, since when is that a crime?

Polish director Agnieszka Holland’s latest film is puts the life of herbalist Jan Mikolášek, also known as the oracle of urine, under the microscope. Although he had no medical training to speak of, Jan had the ability to diagnose ailments from either those in front of him, or a sample of their urine, with such accuracy it was more of a super power.

Holland starts off with Jan in the latter stages of his life, and with his arrest, then dips back and forth into his youth and past in flashback form, to give an indication of what made the man he became.

And as if his skill to cure people with the power of plants wasn’t enough to make certain people uncomfortable, he was also homosexual to boot, which he kept private, wisely, considering the turbulent period.

It’s a film that shows Jan as a very matter-of-fact pragmatist, rather than someone with a Jesus complex for healing. He is portrayed as somewhat of a cold fish, only to then thaw a tad when his relationship with his assistant Frantisek, played by Jurai Loi, develops into something more intimate.

It also acts as an advocate for alternative medicines, with perhaps too much focus on traditional treatments, and the notion that they aren’t necessarily the only viable treatment available. Although no-one would necessarily disagree with your decision to pass on the mouse corpse paste.

Holland not only offers a sharp sense of period, but she also highlights the life of a remarkable individual, who is attributed with healing thousands of people with the power of plants, whose life and incredible achievements may well have been lost in history with little recognition.