It could be said that Hollywood often acts as if it has the symptoms of early Alzheimer’s; it produces a film, releases it, only for it to do poorly, then forget how poorly it did and make something similar.

This has been the formula for its relationship with taking shows from the small screen onto the big. Time and again it will take a successful show, Like The A-Team, The Brady Bunch and CHiPs, that have all struggled on every front to capture whatever it was that made its TV series a success. Look at this, I got paid in bars of soap.

Technology is an amazing thing. Take the Calisto; a clever little device that has the ability to conserve energy. Elena (Ella Balinska) is proud of working on the device, but she has become aware of a dangerous security flaw in its design: if hacked, it can be turned into an EMP device that causes death to anyone in close range. As it’s hardly the best selling point for a consumer market, she brings this flaw to the attention of her boss, but it falls on deaf ears.

Concerned, Elena decides to turn her findings over to a member of the Townsend Agency, Bosley (Djimon Hounsou), along with a couple of agents known as Angels, Sabina (Kristen Stewart) and Jane (Naomi Scott), in Berlin.

The meeting soon turns into a shootout however, with the target seemingly being Elena herself. Sabina and Jane manage to rescue her, but not without casualties. They decide to bring her into the agency, where they can look after her, as they investigate not only whose behind this attack, but to prevent them weaponising the Calisto and putting thousands of lives at risk. 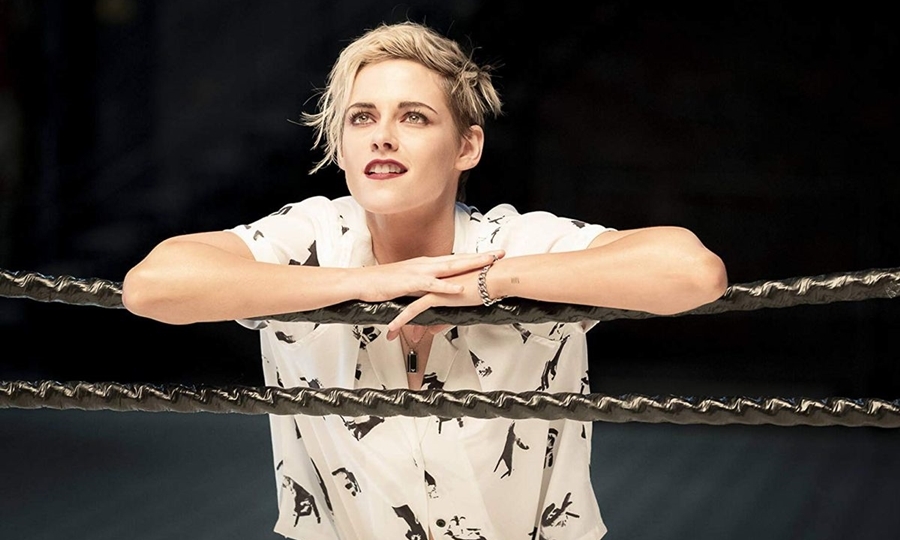 With a career in film looking less certain, it was time to take on board other career options.

It’s difficult to know who wanted to make this effort more, the studio behind it, or Elizabeth Banks. Banks directed, wrote the screenplay, produced and starred in this film, thankfully leaving the theme tune to someone else. It’s her dedication to the cause that may well be the film’s downfall, particularly when you consider that the story is lame and the direction run of a mill. Perhaps there’s a case for Banks spreading herself a little too thinly, with the project being slightly overwhelming for one person.

Perhaps she was relying on the franchise itself to do a lot of the heavy lifting. But much of its success to date must be down to the talent attached. It’s fair to say that the audience rocked up for the last two efforts more to see Diaz, Liu and Barrymore, rather for a fondness for a dated seventies TV show. The box office for both films certainly backs that theory up. Here, Banks leads consist of two relative unknowns, and an actress whose star power is clearly waning. “Oh let’s go check out the new Kristen Stewart film!” said no one. Ever.

An enthusiastic cast will only get you so far, so you need to rely on a solid entertaining script, which this clearly doesn’t have. Charlie’s Angels has the remarkable ability to actually feel more dated the longer it goes on. By its end, the seventies TV show feels far fresher.

To add insult, the music is woefully bad, with its heavy mix of Bond film with a Disney animated adventure, making it truly grating.

Despite its regular resurrection, this is a franchise the world simply doesn’t need. Instead, why not take a chance on some original material, and giving a talented cast like this the opportunity to properly shine. Let’s not offer them these dreary dated characters, who like to fight hard, but enjoy wearing something sparkly and tight at the same time, for something befitting their considerable talent.

This effort is sluggish and dated throughout, lacking any warmth or personality, making it a hellish experience that’s not worth putting yourself through.