In such a crowded market as animation, dominated by the House of Mouse and other players, it takes a certain bravery to take on these behemoths at their own drawing game. Or stupidity.

Unlike the approach of many of the independent animators, who tend to offer something a little different, this title boldly pitches up in classic Disney territory – the fairy tale - focusing as it does on the usual male love interest in many of those stories, Prince Charming. 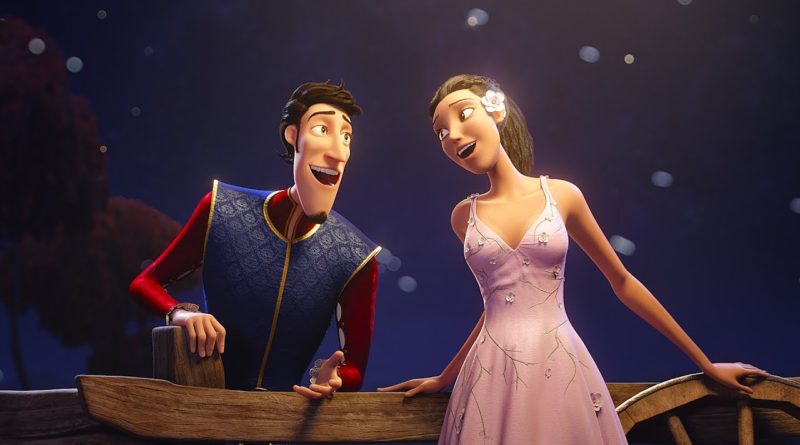 Just keep singing, I'm in no hurry to get back to that dodgy dialogue.

Prince Philippe Charming (Wilmer Valderrama) is cursed with the kind of good looks that makes all the women he meets, instantly fall in love with him. That’s not to say he’s conceited, he’s actually physically cursed. It was placed on him by the witch Nemeny Neverwish (Nia Vardalos), who cursed him because his father refused to marry her. The curse currently finds three princesses under his spell, with Charming engaged to all three of them.

The curse is soon to come to an end however, set to lift on his upcoming 21st birthday. The thing is, after that, all the love in the world is set to disappear. All he has to do to prevent that from happening is fall in love – true love.

Growing weary of his attitude, the king decides to send him out on a quest, to make a man of him. He is joined by a young woman, Lenore (Demi Lovato), who is paid by those closest to the princesses to keep Charming alive. She takes on a male disguise, just to be on the safe side, as they set out on the challenging gauntlet together, where anything could happen. 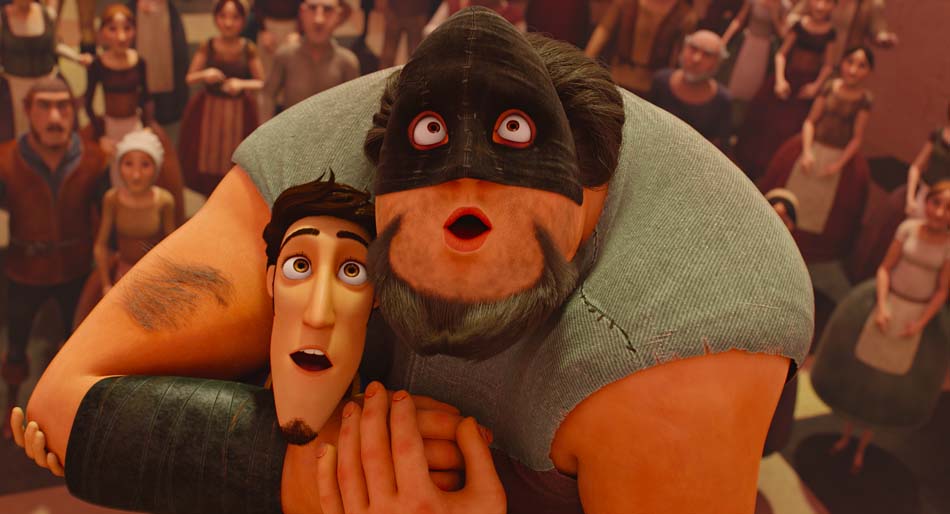 There's nothing I can do. The Disney lawyers have spoken and the decision is - off with ya head.

So then, an animated tale featuring a prince and princesses. How this got by the Disney lawyers is a major surprise – especially when you consider that the princesses featured are Cinderella, Snow White and Sleeping Beauty. Oh hang on, we do know how it sneaked past, by simply not being very good.

It’s understandable that independent animated productions, like this Canadian –American feature, can’t necessarily compete on the animation front compared to the big guns, but it feels as if this one didn’t even bother trying. The animation is flat, the mouth syncing resembles that of a trainee ventriloquist and the backgrounds are bland and static. If it were released ten years ago it would still look dated.

This is a shame, as there are elements of it that would have worked with a lot of tweaking. Telling the story from the Prince’s point of view is an interesting one, and there is the theme of what true love is that could have been explored further.

But with so much lame dialogue, and the most grating pop-plastic soundtrack in some time, there’s no happy now, never mind ever after, with this charmless man.