A certain film series has proven that it’s simply adorable when children’s toys come to life. But long before Woody and Buzz lit up our screens, a certain doll was exploring a darker side of play.

Originally unboxed in 1988 was Chucky the doll in Child’s Play. This reboot of that original, also marks the eighth entry in this long-running franchise, and sees this version of the iconic character most definitely with its own 2.0 make-over. 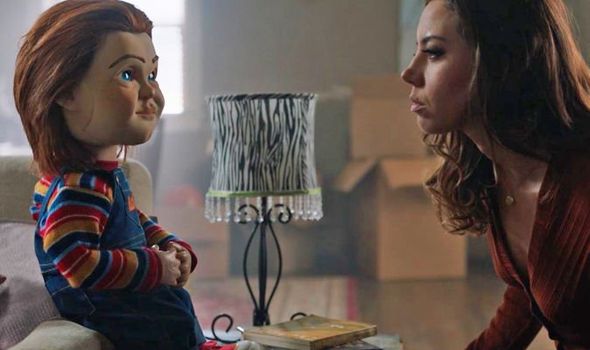 Sarah was visably disappointed that her Tinder date looked nothing like his profile pic.

Despite putting in all the hours under the sun at a local Z Mart store to provide for herself and her son Andy (Gabriel Bateman), single mom Karen (Aubrey Plaza) is doing her best for the both of them. But with his birthday just around the corner, she’s going to struggle to get what he’s asked for.

So when one of the in toys of the time gets returned due to being faulty, Karen decides to take it home and wrap it for her son’s big day.

When she decides to give it to him early, Andy doesn’t exactly look overjoyed at receiving a Buddi doll. After turning him on, and the doll keen to give himself the name Chucky (Mark Hamill), it seems that he might be good value after all.

What they don’t realise however, is that this particular doll has been tampered with by a disgruntled employee at the factory it was made at in Vietnam, with all its friendly default settings removed. What they now have running around their home is, unbeknownst to them, a demented doll that will do anything to make Andy happy, at any cost. 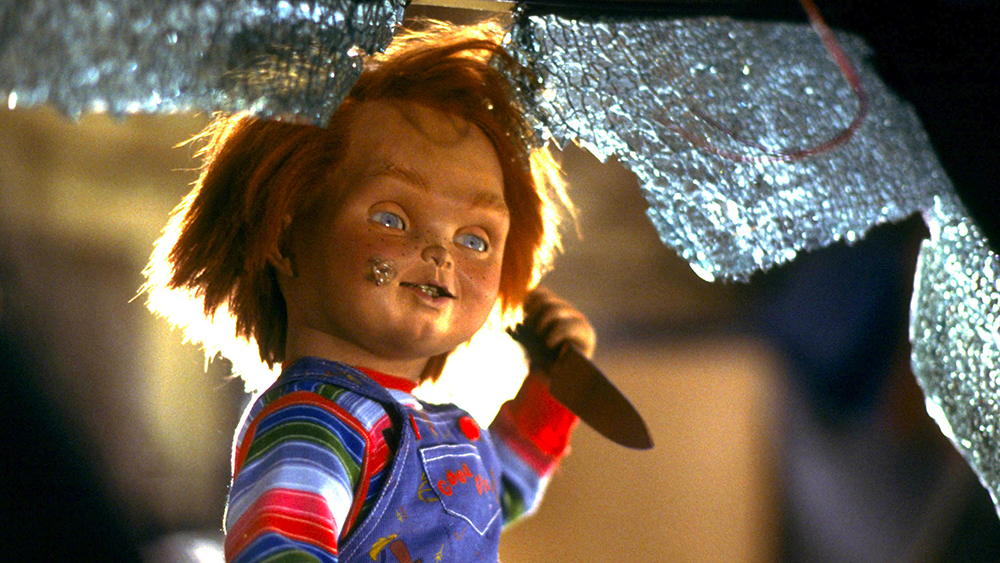 Woody, Buzz and the rest of you bitches, that's right, i'm coming for ya!

With the original series of films on somewhat of a sliding scale, from dark and troubling to sublimely ridiculous, this reboot pitches itself rather cleverly, straight down the middle.

It’s certainly elevated from being just a b-movie by a competent cast, which includes the talented Plaza and Brian Tyree Henry (Atlanta’s Paper Boi), both of whom give it a sheen of professionalism.

The script is certainly sharper than many of the other previous flicks; it’s no coincidence, for example, that Chucky’s Andy shares the same name as the owner of a certain Woody and Buzz – now there’s a cross-over that would get hearts pounding. There’s a little tongue-in-cheekness too supplied by having none other than the main Skywalker voicing the deadly doll; you’ve really got to watch out for that dark side.

Director Lars Klevberg keeps proceedings deliciously gory too, giving a bloody gloss to a film with a Gremlins vibe about it.

The film also works on another level too; a warning to consumers embracing the current trend thrust upon them for the internet of things. Chucky is essentially Alexa with legs and a knife in hand, keen on creating chaos at every opportunity. One minute you’re asking Chucky to turn the lights off, order more avocado online and play Adele in the kitchen; the next thing you know, you’ve got a NutriBullet blender going full tilt in your face.

It seems that this reboot marks a resurgence in the popularity of Chucky, with his own series due next year on the SyFy channel, so there'll be plenty of Chucky to go around..

This though, is the perfect play date for those who prefer their toys to have an axe, knife, or any pointy object for that matter, to grind, delivering as it does, an impressive amount of giggles and gore.