The federal government, military and 28 states currently have capital punishment as a legal penalty in the United States. The most current figures to date also suggest that there are 2,620 inmates presently on death row.

Although the death penalty is likely for the majority of those on death row, a decision to overturn the ruling, known as clemency, can be granted; since 1976 there have been 294 cases of clemency granted to inmates, and although that sounds a large number, it only actually works out to an average of six lives a year saved for that period.

Taking a look at life on death row from a slightly different perspective is Chinonye Chukwu, the US writer and director of Clemency. 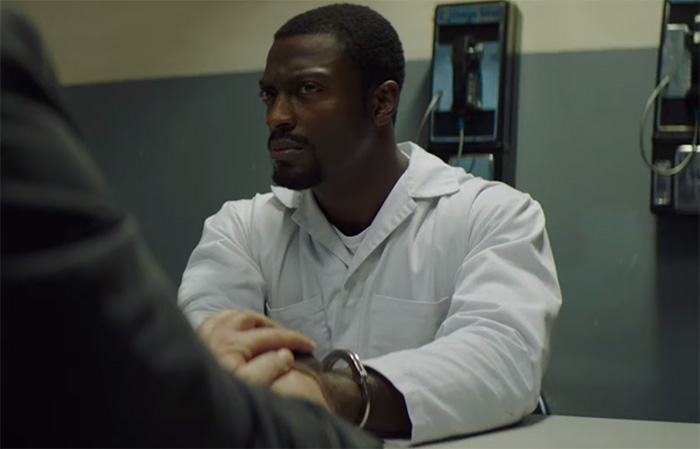 I'm not sure your white priviledge goes as far as holding my hand.

For a number of years now Bernadine Williams (Alfre Woodard) has been the warden of a state prison. Her duties include the day-to-day running of the prison, as well as overseeing those inmates currently on death row.

Anthony Wood (Aldis Hodge) is one such prisoner; he was sentenced with the death penalty after being charged with the death of a policeman. He has maintained his innocence throughout, with both growing support amongst the community as a whole, and his legal team, headed by his lawyer Marty (Richard Schiff), who has been fighting in his corner for the last seven years.

Unfortunately for Anthony, he gets news that his final appeal has been lost, and the wheels are now in motion for his execution.

On the outside, Bernadine attempts to be as-matter-of-fact about proceedings as she can be, but the years of working in such a pressured environ is finally taking its toll emotionally, as she starts to fall apart both professionally and within her marriage. Perhaps there’s hope to save them both by way of clemency, but time is not on their side. 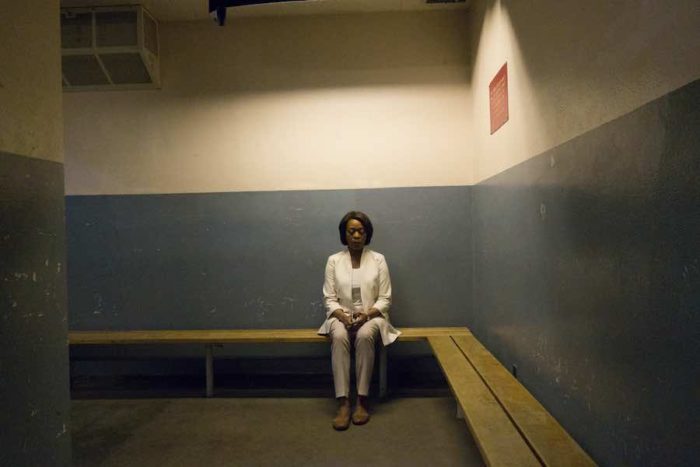 With Covid-19 measures in place, press conferences weren't as lively as they once were.

Although this is only her second full-length feature directing gig, Chukwu has produced a well-crafted film.

There is a tendency with this type of film, to stick heavily to the death row genre; the protagonist facing death professes innocence, and it’s a case of trying to prove it against the clock.

And to a certain extent, Chukwu fulfils that brief too. But what she focuses on mainly, quite bravely, is the position of the warden throughout and how she handles the event.

There can certainly be a case made for the director presenting both Bernadine and Anthony as sharing common ground, with both spending most of their time behind bars, and therefore both of them being prisoners, albeit Bernadine to her work and her responsibilities.

To Chukwu’s credit, she also shies away from a generic melodramatic model for something far more realistic – and therefore more chilling too. With little in the way of a soundtrack, she creates a very true space for her characters to live, and more importantly, suffer in. And suffer they do.

Woodard is outstanding as the prison warden, as she effortlessly expresses her inner angst at every turn. Hers is a performance of a strong woman, whose strength and authority has been slowly chipped away at over the years, with only a slim veneer outwardly holding it together. Inside however, she has never been more confused and vulnerable. Woodard is both breathtaking and heartbreaking throughout in equal measure.

Her persona is almost mirrored by Anthony’s, delivered with incredible restraint by Hodge, as after all the years of waiting, the sudden realisation of the position he finds himself in, makes its emotional impact.

What’s also quite clever is that Woodard and Hodge spend very little time on screen together. Although their lives are so very much connected, especially at this crucial time, the demons that they both face, they both confront very much on their own.

To that end, Clemency isn’t about a man on death row, it is a sobering tale of the fragility of life, featuring two characters who have a reached a point where they have little say or control over what happens next.

It is by no means an easy watch, as it will leave you feeling emotionally spent by its end, but with such powerful performances from its entire fine cast, it’s an experience that could easily haunt you for years to come if you let it.