Once upon a time, there was a super creative animation film company called Pixar. They made films that everyone of all ages loved. Then, in 2006, a bigger animation company called Disney, came along and gobbled Pixar up. Ever since, Pixar has never been the same. The End.

Despite the release of 2016’s superb Finding Dory, Pixar’s output has been mostly disappointing. Known for their originality as well as faultless animation, they appear to be relying heavily on established franchises, such as Cars and Monsters Inc; in fact their next two releases are set to be The Incredibles 2 and Toy Story 4.

Perhaps the reason they are returning to familiar characters is that their fairly recent original releases, such as Inside Out and The Good Dinosaur, have been really quite disappointing. Hoping to buck this particular trend is Coco. 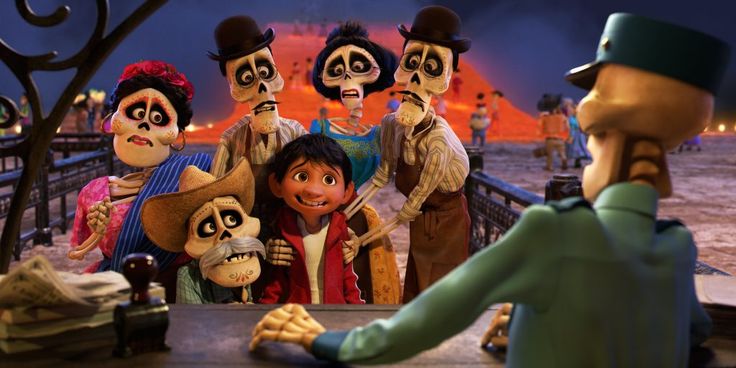 We'd like to return this if we may. It's just the wrong colour and doesn't go with anything!

The people of Santa Cecilia in Mexico are gearing up for their biggest celebration of the year, the Day of the Dead. None are more excited than young Miguel (Anthony Gonzalez), who wants to play the guitar at the festival taking place in the plaza. The problem is, he would do so against his family’s wishes, as they have banned music ever since a member of their family ran off and deserted them to become a musician.

Undeterred, Miguel decides to borrow the guitar that is contained within his relative’s mausoleum, to play at the show. But when he takes the instrument, he becomes invisible to all those around him. Not only that, he discovers that he can be seen by the actual dead, who are visiting their loved ones for the festival. They decide to take him back with them in his current non-living state, to where the dead exist.

Whilst there, he meets many of his dead relatives, who though pleased to see him, would prefer that he returned to the land of the living. In order to do so, he will need a blessing, and he hopes that he will get it from his musician relative, who is now a big deal on the other side. But he has to hurry, if he doesn’t get the blessing before sun rise, he won’t be able to return home, and he’ll remain, well, dead. 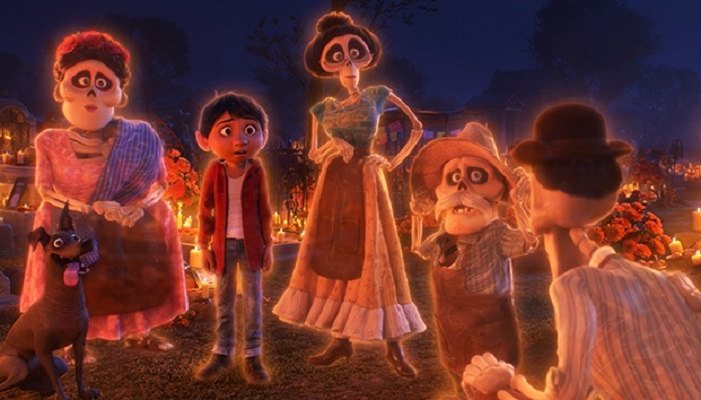 Does this mean we're all Jedi now?!

With its intriguing premise and vibrant animation, Coco sounds like it should fit into the Pixar family of flicks nicely. It doesn’t. Its story of an extended (to the other side) Mexican family, is overly convoluted, full of dull and drab characters. The script is also lacking in humour, missing the mark both verbally and visually. And the music, that had a chance to really stand out, is awkwardly generic and unappealing.

Its biggest failure however is its lack of originality. Pixar are known for bringing unique stories and scenarios to life, but Coco is eerily familiar. Back in 2014 20th Century Fox released an animated feature entitled The Book of Life, which saw a young Mexican man going over to the other side on The Day of the Dead.

Unfortunately for Pixar, not only did The Book of Life get there first, it does everything so much better. Its story is funnier, the music livelier, the characters more enjoyable, and, here’s the real kicker considering it’s four years older, its animation is far more vibrant and creative.

Whether the takeover by Disney has any correlation with the demise in quality of Pixar is unclear, however that said, Coco does have the feel of an average Disney film and is a million miles away from classic Pixar.

If you’re aged ten or below, then perhaps there’s enough here to entertain, but if you’ve grown up loving Pixar films, then Coco may well come as a huge disappointment.

It’s hugely doubtful it will ring the death knell for the Disney-owned company, but the sooner this corpse is buried out of the way, the better.