Come As You Are

With the very core of the film industry obsessed with its stars being prime physical specimens, with good looks and beauty to match, there’s little room for films that deal with people who may be considered less than perfect physically – or at least that’s what we are led to believe.

Thankfully there have been films that have given a voice to those less abled in society, such as the highly entertaining 2011 film Hasta la Vista from Belgium, that saw three young men on quite an unusual road trip. Here then, is its US remake.

If there’s one thing that unites young men of all types it’s sex. Thinking about it, thinking about doing it, thinking about where they can do it and who would let them do it with them etc. Scotty (Rosenmeyer) is one such young man; he thinks about it with far too much regularity, but unlike most men of his age, he can’t act upon it as he is paralysed in most of his body.

He gets a tip from someone else who is disabled, about a place that can accommodate people with physical issues, in regards to their sexual needs. As someone yet to experience sex, Scotty is intrigued by such a place. One of the problems is however, is that the establishment is over 2,000 miles away in Canada.

Despite the distance, he decides that if he can rope in his friend Mo (Ravi Patel), and his new acquaintance Matt (Hayden Szeto) who is also wheelchair-bound, both of whom are also virgins, that between the three of them it would be possible to organise this road trip of sexual awakening. 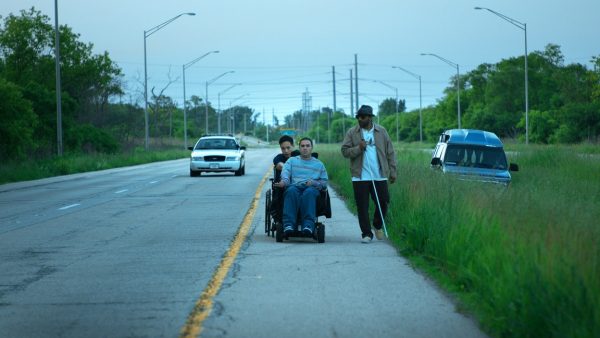 Normally it would be standard to pooh-pooh a US remake of a foreign film, as the idea that some audiences simply can’t handle subtitles is hugely offensive. But as films about those with disabilities are already so very few and far between, an exception can be made in this case.

As this road trip virtually follows the original story map turn for turn, there’s not much by way of originality here. Even the characters and their specific disabilities are also the same. But luckily for this version, the way it approaches its material and the humour it uses is also still intact.

There was an opportunity to perhaps push the boundaries a tad and just have the equivalent of an eighties teen sex comedy, but without causing further medical emergencies with hot pie fillings. And to a certain extent, that would have been no bad thing, as it could have shone a light of normality with the sexual frustrations shared by young male teens both able bodied and less so.

This film is slightly more sympathetic and doesn’t push the crazy too far, giving its humour a more realistic edge. It doesn’t make it less funny though, thankfully. The humour is never at the expense of character’s disabilities, but more as a result of them.

The leads are played extremely well, it’s just disappointing that all are able bodied actors pretending to be disabled; with discussions being raised elsewhere regarding concerns of nationalities, race and gender and the inappropriate representation of all in film and TV, this film certainly extends that conversation to those actors with disabilities.

Still, the very fact that it highlights an often ignored section of society, even though it’s a remake of a film that handle the material perfectly well the first time around, is still good to see.

Come As You Are deals with its subject matter with sensitivity, and yet doesn’t shy away from the many real obstacles facing those suffering from disabilities. But by being genuinely funny, as well as being both warm and touching, it is a film that becomes less about being disabled, and more about simply being human, the longer it goes on.