Just when you thought that stories about models, sex and drugs were somewhat passé, author Hollis Hampton-Jones decides that this heady mix is just what is required for her second novel. 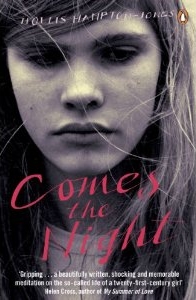 Meade is a 19-year-old American living in Paris with her twin brother Ben Ho. Her brother is an artist, and Meade is supposed to be studying to be a chef. The problem is, Meade doesn't have an agreeable relationship with food. She has an eating disorder, which manifests itself in her eating very little and throwing up pretty much any of the food she does manage to eat.

So training to be chef is probably not the best career for her to follow at this time in her life. When she considers alternative viable career options she decides to become a model. For many modelling hopefuls, it's a career they can only dream of; skinny Meade, in contrast, manages to become a model overnight.

Not only does she have her eating disorder to maintain, she is also partial to taking drugs; she's a big fan of Xanax but wouldn't turn anything down if offered to her.

On the outside it looks like Meade has got it all. But on the inside, that's where she's really messed up. Even the closeness she has with her brother  some would say too close  can cause issues, but mainly for the girls that he dates.

Then there's Majid, a photographer who got her into modelling in the first place. It doesn't take long before they become an item, and even less time for Meade to discover that she's not the only one hiding secrets.

There's definitely a diary feel to the narrative Hampton-Jones employs here; it's a shame that it's a very dull diary.

Hampton-Jones has the knack of being able to take the glamorous world of modelling and make it about as exciting as working in a bank. Maybe it's just the constant drugs in her protagonist's system, but she's a difficult character to like. And as she narrates this whole sorry tale, the turning of each page becomes harder and harder.

There's also the small issue of Meade just inadvertently turning into a model overnight. Even if you pushed the bounds of reality a bit, her reaction to this career change is met with muted excitement. Actually it's just muted full stop.

It would have been great if Hampton-Jones brought something original to this familiar world of glitz and glam, but she doesn't. Don't be surprised then if you feel the urge to reach into the pages and give her leading lady a proper slap to snap her out of her mundane existence.

We will say one thing in its favour: it's a very quick read.