Crimes of the Future

If there’s one man who has explored the deviant nature of science, it’s David Cronenberg. The Canadian director has spent the majority of his career bringing us films with a dark edge, stories dipped in outrageous sci-fi plots, such as Scanners and The Fly.

This is his first film in eight years, and it sees the veteran director return to his mutated roots. 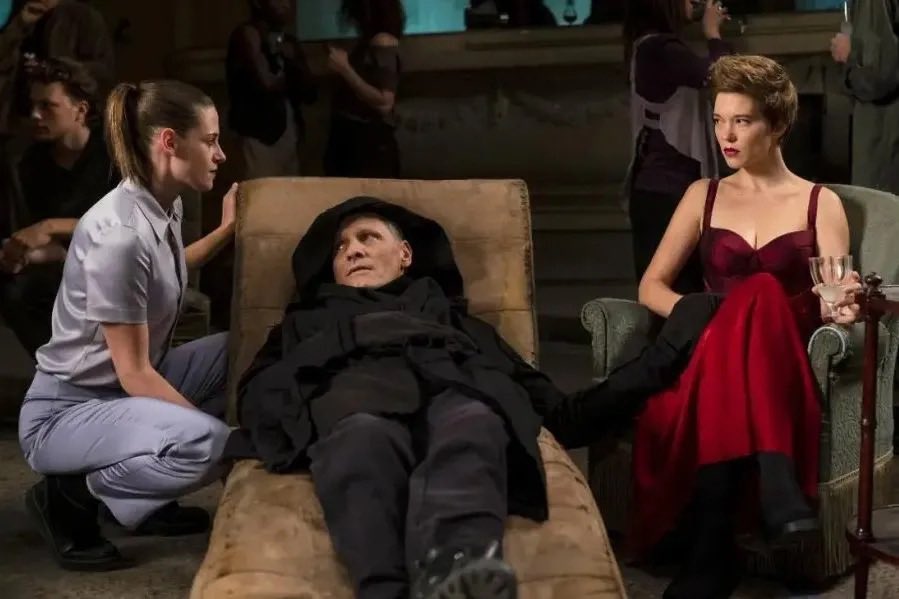 I'm sorry, but the doctor won't be able to see you for another three days.

It is a time where mankind has evolved to such a point that we can no longer feel pain. There are people whose internal make-up has changed, with brand new organs growing within them. One such person this is happening to is Saul Tenser (Viggo Mortensen), who uses this biological change in himself as part of his performance art, along with his wife Caprice (Léa Seydoux).

Because of this biological development, Saul can feel pain, but is relieved of it from some machines, which the pair use in their performances.

Their work soon pops up on the radar of the National Organ Registry, tasked with monitoring this literal growth in organs in certain cases, where they open them up and tattoo the offending organ.

They are intrigued by Saul, indeed one of them, Timlin (Kristen Stewart), is deeply fascinated to the point of arousal, at what the couple do.

When they’re both approached by an individual after one of their shows, with an intriguing proposition involving his dead son, it takes the couple’s art, and themselves, into unknown territory. 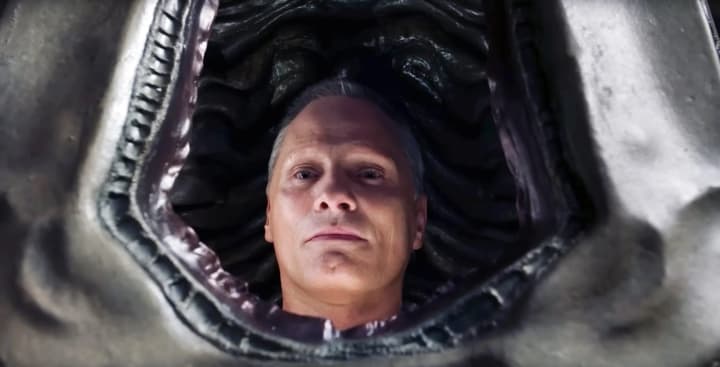 Although this most definitely harks back to Cronenberg’s earlier work in many ways, it’s less of a shlocker and far more cerebral.

It’s a film that explores various themes; one of them feels as if it’s taking the work of German anatomist Gunther von Hagens, infamous for his plastination technique on the human body in his art work Body Worlds, and taking it to the next level, with the internal, living organs of humans becoming the next big thing in art.

It also touches on elements such as body modification, as well as the possibility of humans evolving further down the line.

It’s all done in a curious future timeline, that would be best described as shabby industrial looking – shot entirely in Athens, Greece - with functional chairs and beds that look like they’ve come off the pages of H.R. Giger, in what could easily be a range of home furniture designed with Alien in mind.

There’s no denying it’s a fascinating world, but some of it is quite difficult to get your head around. Cronenberg expects an audience to digest a heavy menu of science fiction, without breaking it down into easier, consumable pieces. It’s the kind of film that you feel like you’ve enjoyed, although it’s difficult to tell, as there’s no way in hell you could even begin to describe its plot to a friend in a pub, directly after seeing it.

But in a world of being spoon-fed one marvel movie after the next, perhaps that’s more our fault than Cronenberg’s, with our film brains slowly turning to mush from under thinking.

Crimes of the Future is still an impressive piece of work from the 79-year-old director, which disturbingly puts the ‘art’ into the art house film, which is what he does best.