Time is such a precious commodity, so it’s no wonder there’s such a fascination surrounding manipulating it. Whether you’re Marty McFly going back to the future, Cher keen on turning back time, or just Cindy Lauper yakking on about time after time, the here and now never seems to be quite enough.

It’s ironic then that a game, an RPG that you are likely to sink a fair few hours into, allows you to play around with time itself, giving you the ability to mess around with both the past and the future, as you set off on your adventure. 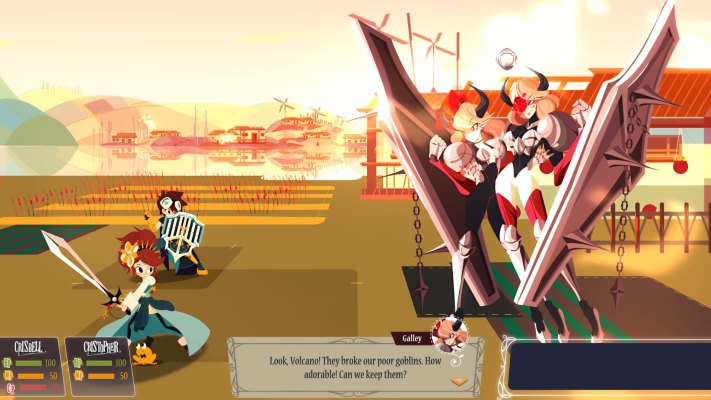 Whatever happens next, you have to admire the craftmanship of those bad boys.

You play as Crissbell, a young orphan, who after befriending Mattias, a talking frog, discovers that she has magical powers within her that she’s yet to tap into. Matias suggests a visit to Narim cathedral where she does indeed unlock a certain portion of her powers. She now finds that she has the ability to manipulate time, whereby she can send foes back into the past, or into the future.

It is a power that will come in handy on her travels, as she builds up a team to take on an evil that is spreading through the land.

The first thing that strikes you about this JRPG is how pretty it is. Although it effectively takes place on a 2D plane, with the ability for your character to move up and down within it, its colourful visual style really helps bring the game to life.

And initially the combat is quite appealing; each member of your team brings something different to the party which helps defeat your foes. At the beginning that is. The longer you play however, the more glaring its faults become.

The most obvious is how redundant Crisbell, the character you play, is. After a promising start, of being able to send an enemy into the future, having just had her shield coated in water, means that now the shield has rusted in the forward time jump. It’s a nice mechanic, which is sadly underused. It’s only after levelling up your characters, and unlocking various attacks and abilities, that it becomes clear that Crisbell is one of the most useless of the team, which is a little unfortunate.

In fact it transpires that there is only one character that really stands out throughout, Christopher, who has the best abilities out of the bunch. And of course he gets laid out for one section of the game, which means you have to rely on other characters to get you out of a pickle, which becomes a real grind. 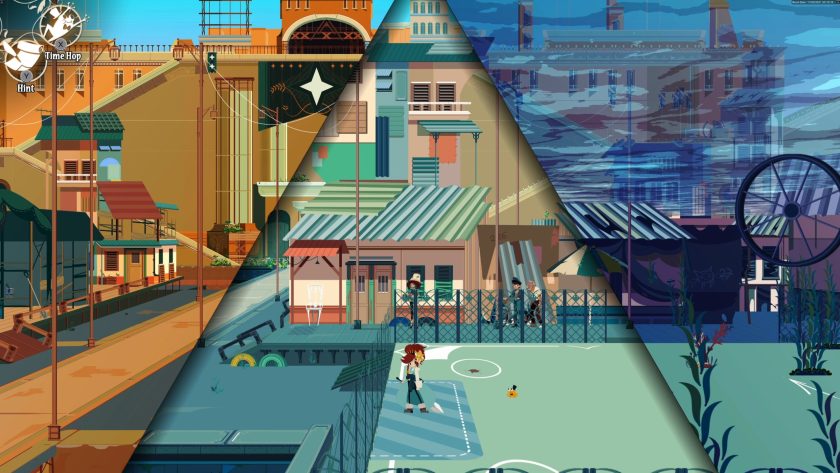 Talking of which, there is much grinding to be had. And although this is typical of this type of game, it does often feel like your grinding on the spot, and that despite levelling up, it’s not really doing you any favours. It doesn’t help that the combat isn’t very balanced either. The many random battles along the way are all fairly easy to get past, which is good news, and certainly aids the levelling up process. But then you have the boss battles. The mother of all boss battles. These battles feel like they last for not hours but days. It’s not helped by the fact that you could just be fighting a boss with a team you simply can’t beat them with. If you don’t have specific powers, you just won’t beat them, regardless of how many attempts you try.

It’s really disappointing that these boss battles are not only unfair, but just a real pain. They manage to suck all the fun out of the game, turning you into an angry husk.

Of course you’re not helped by a terrible selection of characters to make up your party of three. We can’t remember playing an RPG where your choice of companion is so poor, and that given the choice, you’d rather just go it alone, instead of being held back by such a bunch of losers. One of them comes close to being useful, a robot, but after two turns in battle he can come close to overheating, which means you have to put him in cool down for a turn, just so he doesn’t blow a gasket, which means you’re effectively down to only two for the next round.

You would certainly think that with you playing the main character, with the ability to play around with time, which you would at least be a useful member of your own team, but unbelievably, that’s not the case here. In fact the only thing useful about Crisbell is her ability to top up the health of your team in battle, and that’s about it.

Considering how attractive the game is, and the high quality of voice acting of all the characters throughout, with some amusing dialogue thrown in for good measure, it’s amazing that the game got the whole RPG element oh so wrong. What could have been fairly inventive and creative ends up being as clunky as hell.

It’s such a frustrating game to play, with so much potential, if only there was a way of jumping into the future and avoiding all of those mind-numbingly long boss battles, but that would just be a far too useful a skill for Crisbell to have.

The game certainly has something; we notched up about twenty hours of play, because it was occasionally an enjoyable experience. But messing up on the fundamentals of the combat system is almost unforgivable. And you have to be some kind of sadist – which thinking about it, we must be, rather worringly – if you’re prepared to endure such epic boss battles alone.

Cris Tales is a game that had huge potential, especially with the mechanic of being able to manipulate the past and future in battle, but ironically its let down by some glowing faults that make it a game that’s probably not worth your precious time.