There are very few Hollywood actors around that can be truly described as a screen icon and legend, but there is one man that most certainly fits the bill, and that’s Clint Eastwood.

Incredibly, at the ripe old age of 91, Eastwood is still working, both acting and directing in his most recent feature, Cry Macho. It’s certainly rare for such an experienced actor to, let’s face it, continue working into their nineties within the Hollywood system, and it has to be said that no actress has ever been given that kind of support or opportunity with their career into such an age, but that’s an argument for another day.

That’s not to take anything away from Eastwood though, who deserves to be where he is today, playing a number of iconic characters in his early days, into moving into more thoughtful and considered projects further into his career, as both director and actor, as Cry Macho is the perfect example. 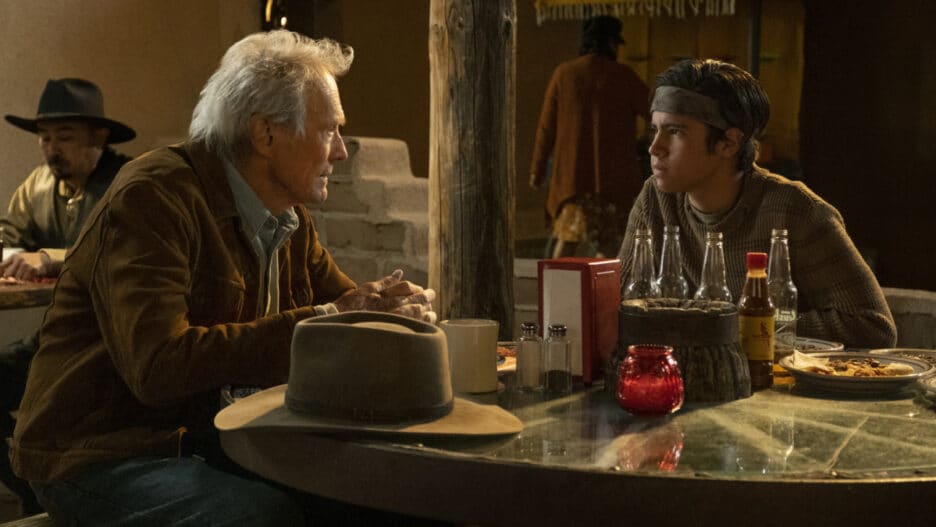 Look kid, i've already told you, you can have anything you want as long as it's from the kids menu.

It’s 1979 and aging rodeo star and now ranch hand Mike Milo is getting called into the office of his boss Howard (Dwight Yoakam) for that chat. Despite their years of working together, Howard has decided that he needs fresh blood on his ranch, which means that Mike has to go.

A year later however, and Howard is at Mike’s door, in need of a favour. As Mike owes Howard for helping him out through some tough times, he feels obliged to help out, although the favour is a big one; Howard wants Mike to venture south of the border into Mexico and ‘retrieve’ (AKA kidnap) his 13-year-old son Rafael (Eduardo Minett), who he hasn’t seen in years, from his mother. He claims he’s being abused, but has no proof. Reluctantly Mike agrees, and sets off to bring his son back.

It should be straight forward, but ends up being anything but. As expected, the mother Leta (Fernanda Urrejola) isn’t best pleased about having this old gringo turn up on her doorstep expecting to take her son away. That said, she tells him he’s welcome to him if he can find him, as he’s no angel. And when Mike eventually does catch up with him, she understands what the mother meant, as the three of them, Mike Rafael and his rooster Macho, begin a long and arduous trip back to the USA. 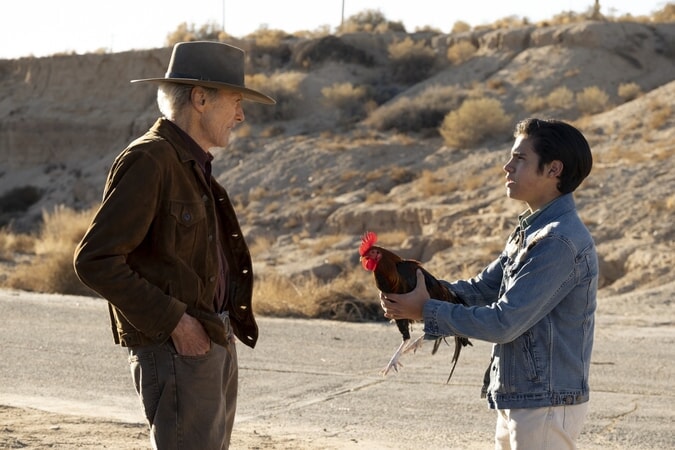 It’s quite daunting to fully take in the career that Eastwood has had, having started in the fifties as he did. It really shouldn’t come as a surprise then that the 91-year-old on screen is at his most frail and fragile. That doesn’t stop him from giving an impressive performance as Mike the aging cowboy, which is the highlight of an otherwise generic road trip flick.

His young co-star Minett isn’t quite up to the same standards on the acting front, as his role in it lacks both subtlety and depth. There’s every chance that he was simply in awe of the legend in front of him, which would have been totally understandable, but if that’s the case his performance sadly suffers from it.

The story also lacks any kind of surprises, except for the end, that is not only disappointingly flat, but also feels unsatisfying. Everything the film is building up to in terms of a decisive finale are oddly left unresolved, leaving one too many loose ends.

Not one of Eastwood’s finest then, and although the film may have good intentions, it just feels lacking in a number of areas, falling short of the great man’s usual high standards. That said, it’s still impressive to see such a screen legend at work, and we should surely be grateful for that alone.