Following up on his Oscar-winning 2018 film BlacKkKlansman, Spike Lee streams his latest effort through the medium that is Netflix.

With a strong cast, Lee has packed his bags and headed to the warm climes of south-east Asia, as a group of Vietnam vets revisit their past. 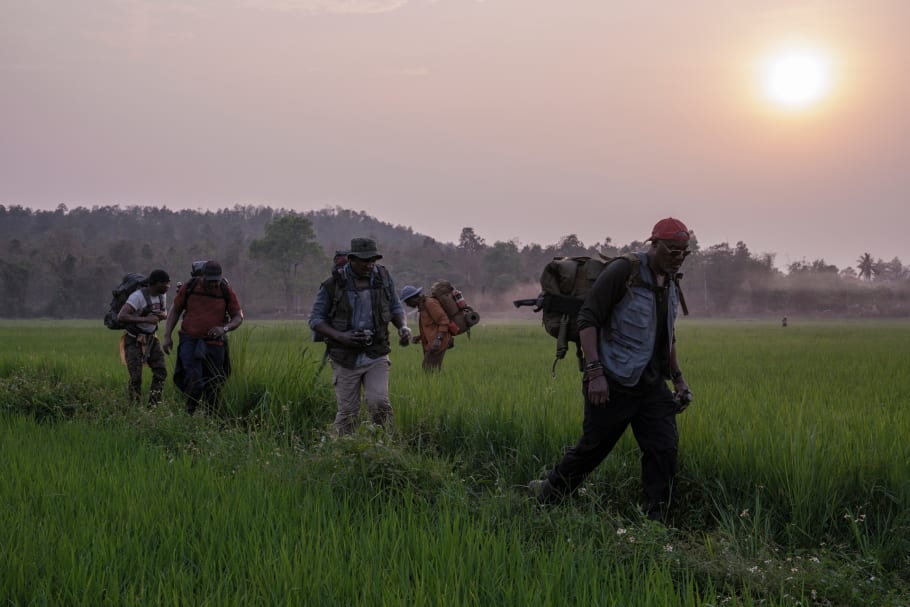 Are you sure this is the way back to the hotel?

This isn’t their first time to the shores of Vietnam for friends Paul (Delroy Lindo), Otis (Clarke Peters), Melvin (Isiah Whitlock Jr.) and Eddie (Norm Lewis), as they served together in the US Army during the war.

The reason for their return is that they left a comrade behind, affectionately known as Stormin’ Norman (Chadwick Boseman), and now they feel the time is right to locate him and bring him back home. He’s not the only thing they’ve returned for however, as a consignment of gold they were looking after also didn’t make it back.

Now older, if not wiser, they’re back, along with Paul’s son David (Jonathan Majors), to recover their fallen friend, and the golden loot, and return both back to US soil. 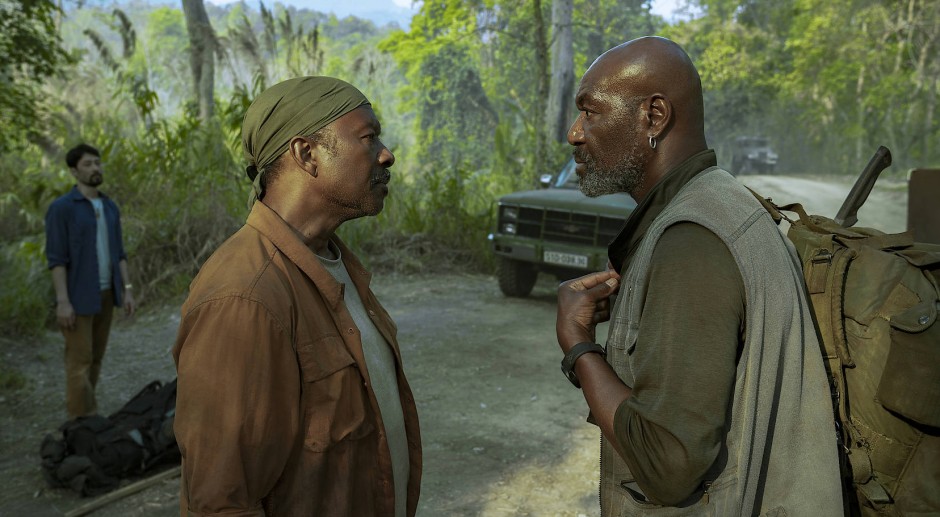 The stakes were high as both knew the first to blink would have to sit in the cramped back of the car .

Initially Lee’s film appears to be a return ‘in country’ for a group of loyal friends, to finally lay some ghosts to rest. Unfortunately, it develops into something far less meaningful, as Lee pursues some nonsense of them retrieving a lost haul.

Just as the gang enter the jungle, the script loses the proverbial plot. Somehow they have been given clearance by both the US and Vietnam government to recover the body of their friend. And yet no one has actually asked how they will go about finding a body, last seen in the jungle, approximately 50 years ago. The words ‘needle’ and ‘jungle haystack’ spring to mind. But sure, go have a root around and find the rotten corpse.

On top of the rather unbelievable premise, Lee sadly shows too much of his hand, and ultimately ends up telegraphing what should have been a scene with some impact, and therefore dilutes its power considerably.

It’s soon after that the film degenerates into a somewhat silly spaghetti western homage – a Pho western perhaps – that to a certain extent, distracts from the various important points in history regarding the black community’s vital role in the Vietnam war in general, and more specifically in the US with very little by way of acknowledgment or gratitude for their contribution or sacrifice, which Lee peppers into his film throughout.

It’s an impressive cast too, which will certainly please fans of the classic show The Wire, as it not only reunites Peters and Whitlock Jr., but clearly Lee couldn’t resist having Whitlock reprise his famous, one word catchphrase, which still raises a smile even on Vietnamese soil. These elder statesmen however, in truth, deserved something more substantial than this, as much like the characters in the jungle, the story quickly loses its way.

Lee has some fun in other areas though, such as playing around with the screen orientation throughout, with the flashbacks presented somewhat old skool, as if lost footage from First Blood, with its squarer ratio, grainy look and rousing, patriotic soundtrack. What feels less appealing about the flashbacks however, is how Lee allows his older cast to play their younger selves, without even addressing the aging process. So to see these clearly older gents attempting to be their very younger selves is jarring, to say the least.

The film Lee should have shot was one that focused on the lives of survivors of the Vietnam war, who were still haunted by their actions in uniform, returning to face their demons, without the unnecessary plot of chasing gold, which much like the treasure itself, should have remained buried.