History can be a funny thing. For instance, there will be a section of the population, who will, due to an inadequate education/being pig-ignorant, when asked who Churchill was, will probably say that dog off of the telly. No, no, no, no, no.

Of course, if you’re a film fan who, having a great range of general knowledge, you will already know who Churchill was – from watching last year’s film of the same name, starring Brian Cox.

But one film about one of Britain’s greatest politicians isn’t enough, clearly, with the release of Joe Wright’s latest feature concentrating on a particular time in the PM’s life. 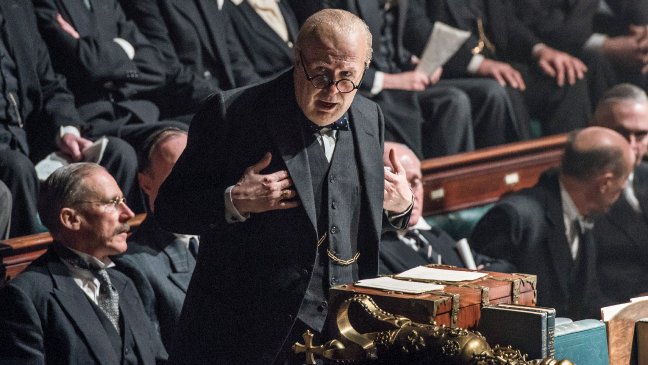 Before I start this speech, I should inform you that it's sponsored by M and S, as indeed am I.

1940 in Britain, and the man in charge of the country, Prime Minister Neville Chamberlain (Ronald Pickup), is having a torrid time. The opposition party are determined to oust him, and have expressed a motion of no confidence to boot him out. Not wanting to be pushed, he decides to resign, but who can take his place?

Many feel that the obvious choice to replace him is Viscount Halifax (Stephen Dillane), but with the war raging, he doesn’t personally feel ready. Chamberlain realises that there’s only one man for the job, who will appease everyone: Winston Churchill (Gary Oldman).

Churchill has to hit the ground running, with British troops trapped on the beaches of Dunkirk, and German soldiers bearing down on them. Also, Halifax is pressing for a peaceful resolution to the war, pushing Churchill to a sit down with Italy to discuss terms with Hitler. But is it the best resolution for Britain? 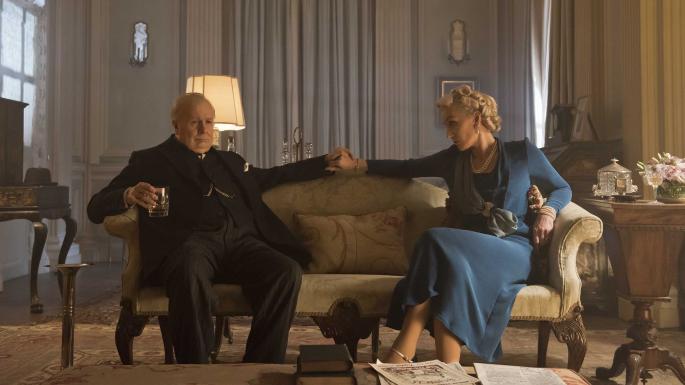 Although Wright’s film focuses on a very brief period in time, it also happens to be one of the most hectic in British history. Of course – spoiler alert – Churchill ended up making the right decision, but you certainly get a sense of the unbearable amount of pressure he must have endured, from all sides.

The highlight of the film is Oldman’s performance; underneath layers of prosthetics, he still manages to deliver a vibrant and illuminating persona that he firmly roots in reality, steering well clear of just offering up a smart impersonation.

And although Oldman will, quite rightly, receive all the plaudits, some credit should also be given to Wright’s sterling job at directing, as well as Anthony McCarten’s fascinating script, which is both surprisingly warm and humorous.

Wright’s film sheds some light during a bleak period in British history, and offers a sharp insight into the life of the remarkable man whose decisions had serious implications on the people he led. The resulting film is nothing short of a joyous victory.