It must be lonely saving the world. Imagine it, you’ve just put an end to your evil nemesis – again – and return to your secret abode only to be greeted by a pot noodle and the latest superhero show on Disney+.

Now if only you had a pet of some kind, to chew and scratch your furniture, leaving deposits from both ends, where they shouldn’t. Wouldn’t that be a great welcome home?

As any pet owner knows, pets, however adorable as they often are on occasion, can be hard work. No wonder that with their busy schedules of saving lives, planets etc, superheroes don’t have time for them.

Well that changes here, with the Man of Steel having his very own pooch with special powers. 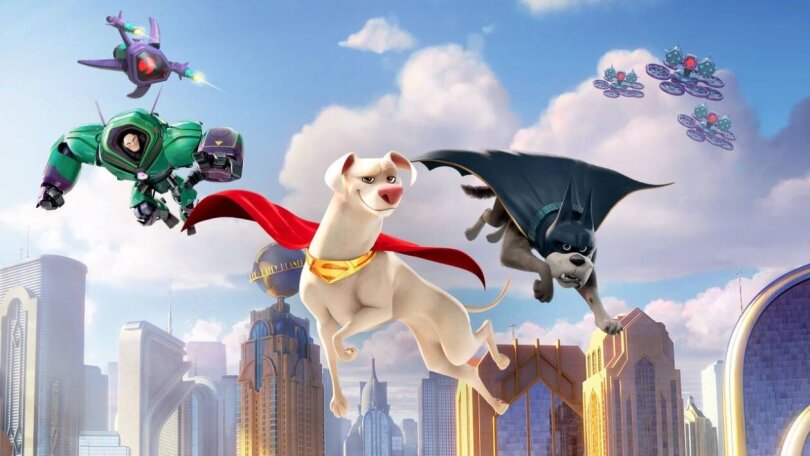 I thought the deal was that you wore your cowboy outfit today?!

When Kal-El was sent to Earth as a child, from the dying planet of Krypton, he wasn’t alone. He was joined by a puppy, which also had powers like his master, as they grew up in Smallville together.

Now, both grown up, with his master now going by the name Clark Kent, living in the busy hub of Metropolis, enjoying life.

But change is in the air; Clark (John Krasinski) has fallen in love with Lois lane (Olivia Wilde), which he feels guilty about and decides that Krypto (Dwayne Johnson) should have a pal, now that he can’t give him the fullest of attention.

So they head on down to the local animal shelter, but things don’t quite go to plan. One of the animals there is Lulu (Kate McKinnon), who she believes used to work with super-villain Lex Luther (Marc Maron), but the truth is, he was actually experimenting on her as she’s a guinea pig.

And when some orange Kryptonite finds its way into the shelter, both a new breed of villain and hero take place, with only Krypto and his new recruits, including Ace the dog (Kevin Hart), Merton the tortoise (Natasha Lyonne), PB the pig (Vanessa Bayer) and Chip the squirrel, equipped to save the day. 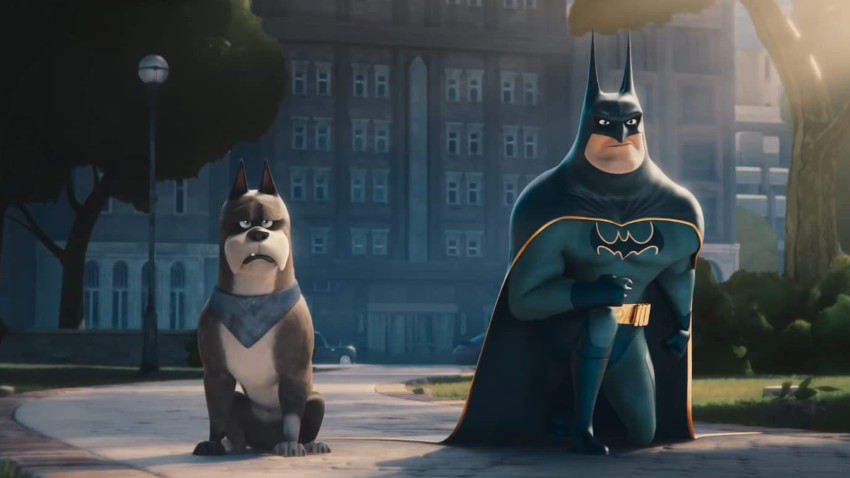 Just to check, having a painted white face is OK?

With audiences possibly getting a little superhero fatigue, this is a fun way of getting them to consume more; it’s the film equivalent of making vegetables into smiley faces on your plate so eating them isn’t so bad.

It’s not as if the concept of a super-pet is new; Krypto the Superdog made his debut in comic form back in 1955, alongside Superboy in Adventure Comics. He’s also had his own cartoon series, so he’s no stranger to all this superhero malarkey.

This is clearly aimed at a younger audience, but there’s still plenty here especially for die-hard DC Comics fans, with lots of Easter eggs regarding the DC universe.

One of the stand out performances is from McKinnon, whose Lulu seems to be paying homage to Family Guy’s Stewie in quite a big way, but there’s nothing wrong with that.

It’s also good to see the League of justice make an appearance, but it’s most definitely the pets of a super nature that are the stars.

And the writers are oddly fans of our very own The Great British Bake Off as it features heavily, which is somewhat unexpected.

The only slight bone of contention, as it were, is there isn’t that much focus on all the pets, with just the standout ones being Krypto, Ace and Lulu, with the others somewhat being the Gary Orange of this particular super band.

Johnson certainly has a passion for it, not only has he got his own Black Adam on the horizon, but he also gives himself a little self promotion with a fun post credit scene.

With such strong voice talent on board, and a script that’s far wittier than it deserves to be, these oddball pets are well and truly super.


***We've copies of DC League of Super-Pets on Blu-ray to be won in our latest competition. For your chance to win, enter here.***