There’s every chance you would have seen quite a lot of Johnny Depp recently, but sadly for all the wrong reasons.

His televised trial starring himself and ex-partner Amber Heard was a fascinating glimpse behind the celebrity curtain, with neither of them coming out of it with much credibility. So much so that we’ll have to see what further damage it has done to both their careers, but early signs are that it doesn’t look good.

It’s a good opportunity to look back at far happier times, for Depp at least, with this 4K restoration release of Dead Man, directed by Jim Jarmusch. 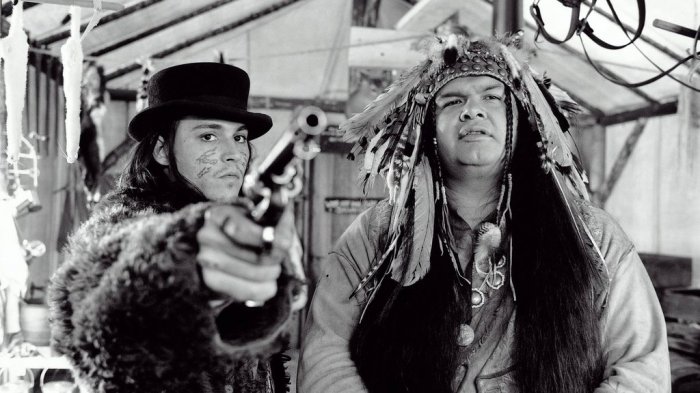 I think you meant to say native American...

Making his way from Cleveland to the small town of Machine is Bill Blake (Depp). After some personal tragedies at home, he’s keen to start at his new job as an accountant.

On arrival however, there appears to be some confusion at the metal works as to his being there, as his position has already been filled. This leaves him in a bit of a pickle, and at a lose end. An attractive woman invites him into her room, as he spent all his money getting there. Her act of kindness however has its consequences, and soon finds Blake on the run with a hefty bounty on his head. 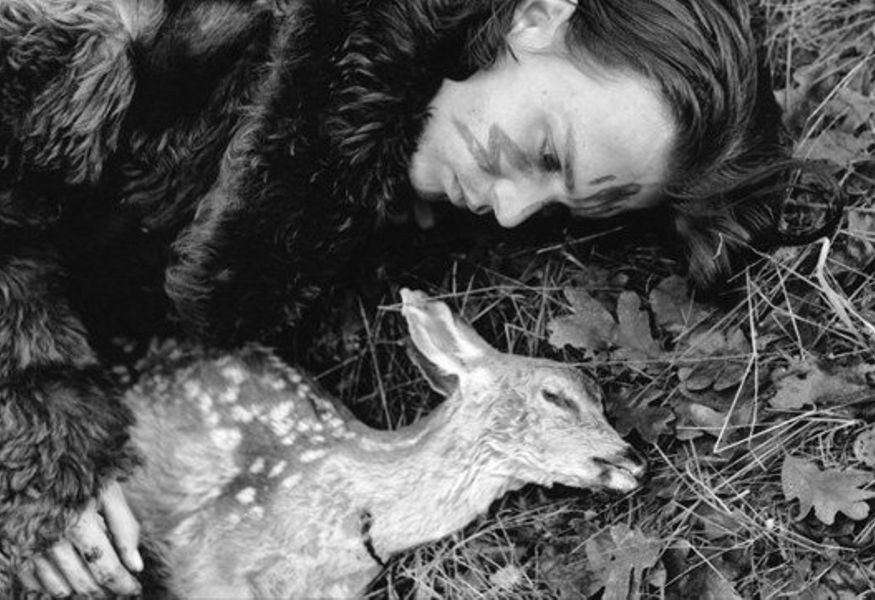 Sorry Bambi, but it was either you or me.

Despite his youthful, fresh appearance Depp was already 35 at this stage of his career, and already doing his best to distance himself from his pretty boy image, with films like Edward Scissorhands, What’s Eating Gilbert Grape? and Ed Wood under his belt.

He was no fool either with getting the opportunity to work with indie great Jarmusch, whose quirky style attracted talent.

Dead man was to be Jarmusch’s six feature, having already helmed his hits Stranger Than Paradise and Down by Law before it.

It was a new direction for the director, with an off-beat, post-modern western, which he shot in stunning black and white, which made the already impressive cinematography pop that little bit more.

But as this was Jarmusch, Depp wasn’t the only big name on board, with Gabriel Byrne, John Hurt, Billy Bob Thornton, Jared Harris, Albert Molina and even Iggy Pop making appearances. But topping them all is the one and only Robert Mitchum in one of his last screen roles.

It’s only right that Tony Farmer gets a mention too, playing the adorable native American Nobody, who shares a genuinely touching bond with Depp’s Blake.

The film is a mesmerising experience, visually stunning featuring some stark and awesome imagery, full of characters with a Shakespearian bent, as Blake takes a truly original off road trip. It also features a memorable score by Neil Young, featuring the twangiest of electric guitars throughout.

It is a film that has stood the test of time, which not only showcases Depp’s growing talent, but also serves as a reminder of what a hugely original and sublime director Jarmusch was in his prime. And with this 4K restoration release, the old west has never looked better.