There’s no denying that if you ever found yourself in a bit of a pickle, having a superhero come and rescue you would be pretty darn useful. But do they have to be so nice and self-righteous about it? No, not if they go to Deadpool’s FU School of Superheroes. Current number of attendees? One.

That’s right, the world’s most inappropriate hero returns for a sequel, so let the F-bombs begin. 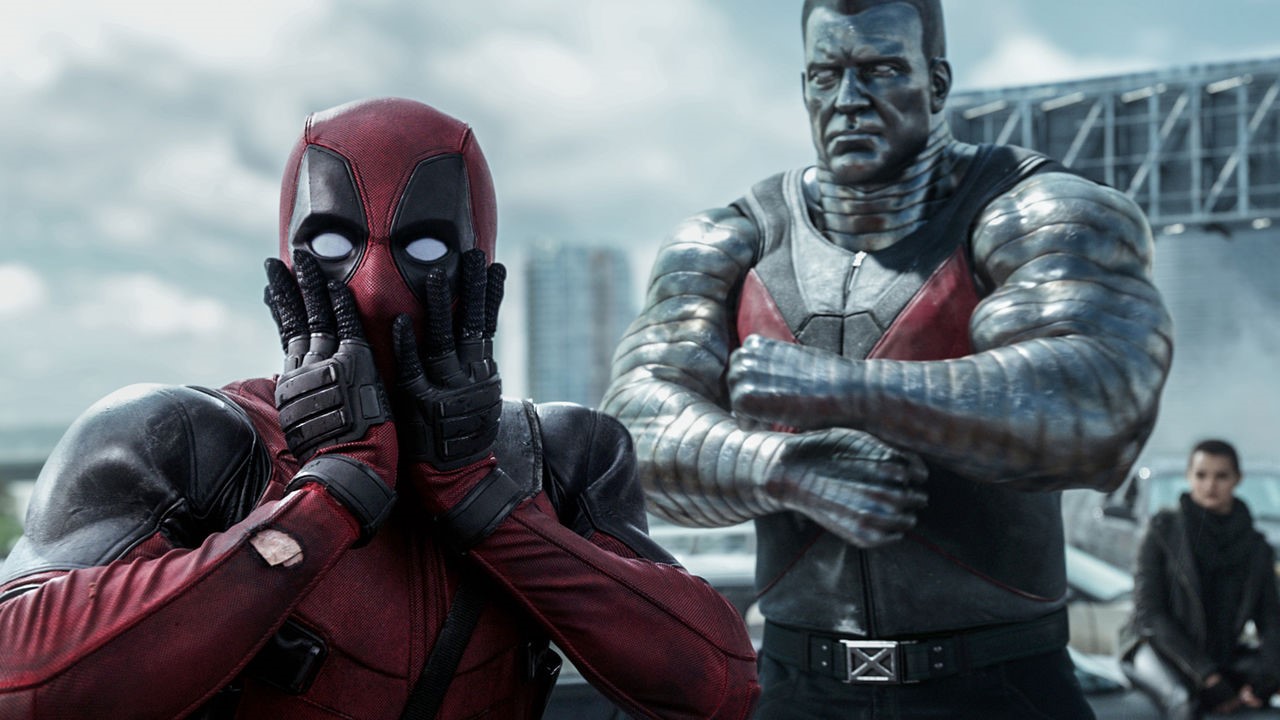 It may be hard to believe, but Deadpool (Ryan Reynolds) is in a happy place. Oh wait, his girlfriend Vanessa (Morena Baccarin) is murdered in front of him, so that changes happy-o-meter a bit.

He’s heartbroken, well you would be. He’s at such a low point in his life, he decides to kill himself. Again. And again.

Obviously being borderline immortal, what with his super healing powers and all, the suicide route probably wasn’t such a good idea. Seeing that he’s in a dark place, he takes time out at the X-mansion to rest up and get his head on straight.

While there, a call comes in that a kid with powers, Russell Collins (Julian Dennison), is in trouble, so Deadpool decides to semi join the X-Men to help out. Russell, AKA Firefist, is just the type of mutant that could do well by attending X school, but enrolling him could be a problem, as there’s a stranger from the future who goes by the name of Cable (Josh Brolin), who is on a mission to assassinate him. Deadpool isn’t best pleased about this new turn of events, and decides to interfere, in his own inimitable fashion.

Shit, looks like i've been drinking too hard again.

In the current comic-ageddon that cinema is currently suffering, Deadpool 2 is like a whiff of freshly flatulated air. Its heavy mix of ultra violence and gag grenades is a pleasing alternative to the solemn types in Lycra.

Reynolds, who is clearly committed to the role, is like a super pig in poo, revelling in not only being a superhero, of sorts, but also in the ability to adlib a lot of material and just enjoy his time in the limelight.

The script is as sharp as a samurai’s sword and just as vicious. It is a machine gun of gags, spraying them in all directions at a hundred miles per hour. Many will no doubt go over your head, unless you’re a nerdimator, in which case, you really should go out more. Invariably though, from the sheer volume of numbers, there are more hits than mosses.

And then you have the Brolin factor. It appears that Marvel are cottoning on to the fact that any of their superhero flicks are vastly improved with Brolin’s participation; give him a CGI make-over, or just stick a gun in his hand, and you’re already better off.

Even Brolin is almost bullied off in terms of personality though, with young Dennison, who was such a joy in Waititi’s Hunt for the Wilderpeople, shining like a 200,000 watt bulb.

What Deadpool 2 lacks in storyline, which is admittedly knowingly clichéd, it makes up for in superhero silliness and fun. It’s that rare sequel that betters its predecessor by putting its foot on the gas and not stopping ‘til it hits a whole bunch of stuff. Now that’s our kind of superhero-ing.