The art of letter writing is dead. Insert Loudly Crying Face emoji here. Why take the time and trouble to write to someone, when you can send a one line text, followed by a vegetable of your choice, to express how you feel.

It’s surprising then that this film’s whole premise relies on a letter written, that have consequences that last for its entirety. Now you couldn’t have got that from a text. 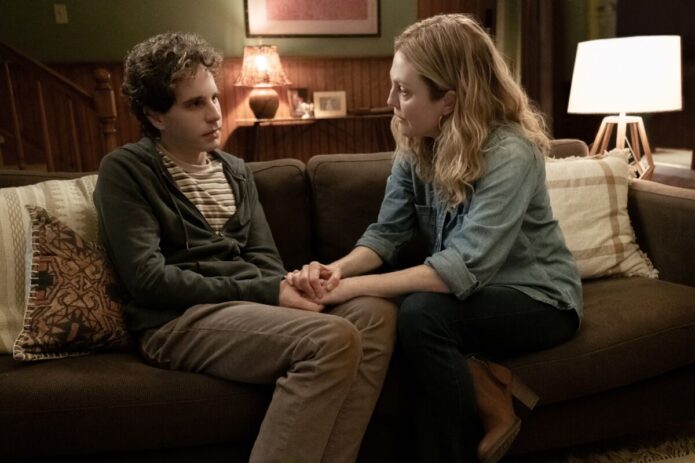 And that's why we don't really know who your father is.

It all starts with a letter; Evan Hansen (Ben Platt) is about to start his senior year of high school, and he’s hoping that the year will prove to be different, and he won’t just be another face lost in the background.

But as he has mental health issues of depression and anxiety, which he’s on medication for, the notion of the school year being any different from any other is going to be a challenge. In an attempt to help him out, his therapist has an exercise for him – to write a positive letter to himself. Evan does just that at school, but when he prints it out by mistake, and someone else takes it, it becomes the catalyst for a series of emotional events that have huge consequences for not only himself, but for many around him. 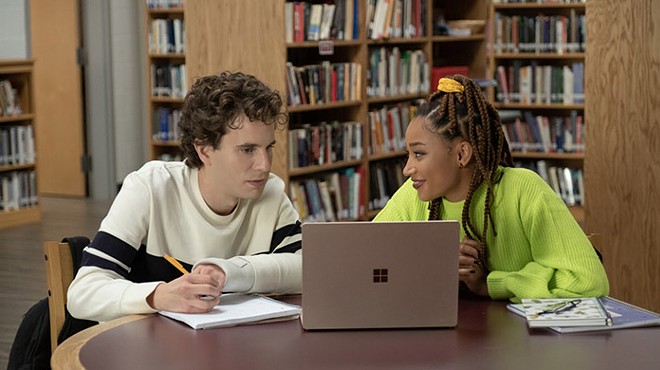 So this is me at Bieber's place, talking to Gaga...

Dear Evan Hansen tackles a fair number of heavy issues, with much of them being conveyed in song. Yes, it’s a musical. And as we all know, musicals are a heinous crime to both cinema and life itself. And yet this film strangely works.

It has a strong opening song, which certainly doesn’t do any harm, and pretty much sets the dulcet tone for what’s to come. And that is a touching and emotional take on the need to fit in and be accepted, as well as raising issues regarding mental health problems in the young, and dealing and coping with loss. All heavyweight subjects, and yet when the characters burst into song, it feels less of a production, and more of a passionate need to be heard.

Certainly the key to the film’s success rests on the shoulders of its young star Platt; he is exceptional throughout, managing to channel his character’s vulnerability with heartbreaking precision, and in song no less. He is captivating, engaging and utterly beguiling, to the point where you are overwhelmed by the need to take him home and introduce him to your family.

It’s impressive then that the other members of the cast still manage to make an impression, considering how good he is, as they all manage to shine, especially on the singing front.

Director Stephen Chbosky has certainly done a swelligent, elegant job of adapting the stage musical to the big screen, injecting what feels like a fair amount of DNA from TV’s Glee, which is no bad thing, using some kind of dark magic where it’s kind of OK to have students burst into song at school. He also makes sure that the film doesn’t feel stagey at any point, which can only be a good thing.

There’s no denying the emotional outpourings are syrup thick in places, and the needle for over sentimentality tickles the danger zone on occasion, but you can forgive it considering all the hard work it does so well elsewhere throughout.

Dear Evan Hansen is a heartfelt piece of correspondence, that will surely strike a nerve with anyone who has felt invisible, with some decent songs to boot, that impressively delivers all the right notes.