Although it doesn’t happen nearly as often as it does with British talent, there are a number of French actors that have managed to break the fickle US market.

This has seen the likes of Jean Reno, Christopher Lambert (although technically born in the US) and Gérard Depardieu, all enjoy success in Hollywood.

Recent years have been somewhat quieter on the French front, and although actors such as Marion Cotillard and Vincent Cassel make an impact, it hasn’t been to the degree where they have been marquee names opening films.

In 2011 however, with the phenomenal success that came with the release of The Artist, picking up five Oscars as it did, including one for its star Jean Dujardin, it looked like the US were ready to welcome yet another suave Frenchman into its warm embrace.

And yet it didn’t happen, despite his classic leading man looks, dripping with a suave demeanour and that alluring Je ne sais quoi. Despite Hollywood’s reluctance to turn him into a global star, Dujardin has been diligently plugging away with his career, mostly within the creative space of his home French cinema, with his latest film proving to be one of his most intriguing to date. 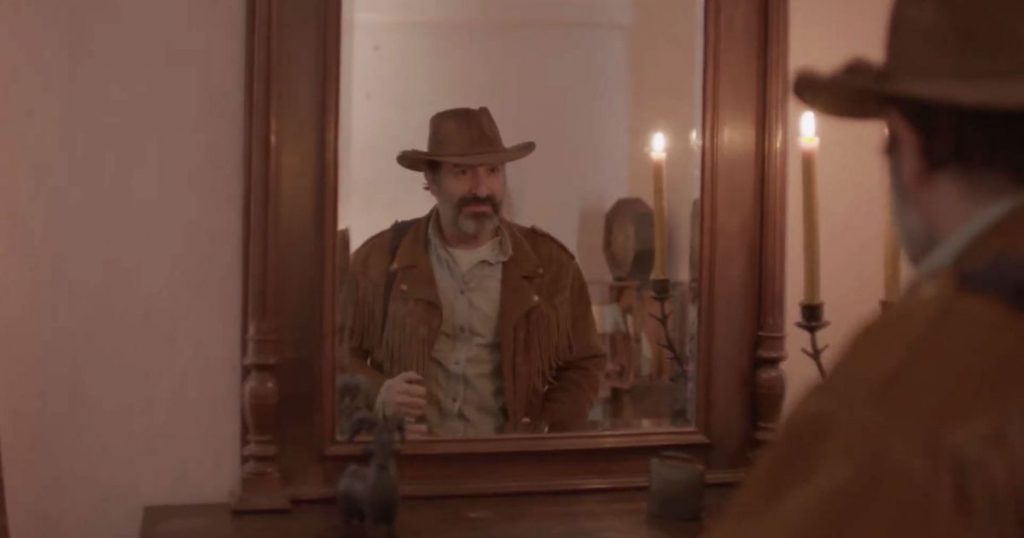 Yes mon ami, I'm very much looking at you. How could I not with you looking so suave?

Making a fashion statement can mean a lot to some people, but for Georges (Dujardin) it appears to mean everything. He travels to a rural part of France to answer an ad, where someone has a deerskin jacket for sale. Despite crippling him financially, Georges is delighted with his purchase, as well as the fact that the seller throws in a video camera as a bonus.

Georges then decides to book himself into a local hotel for a month, although he doesn't have the funds to pay for it.

Although his personal life appears to be suffering, his troubles seemingly disappear when he wears his jacket. In fact, it gives him a new found confidence, whereby he presents himself as a filmmaker in a local bar, which manages to impress Denise (Adèle Haenel) the waitress, who has aspirations of her own in filmmaking in being an editor.

Georges manages to get Denise on board in making a film, but she is completely unaware that the disturbing footage shot is more a work of fact than fiction. 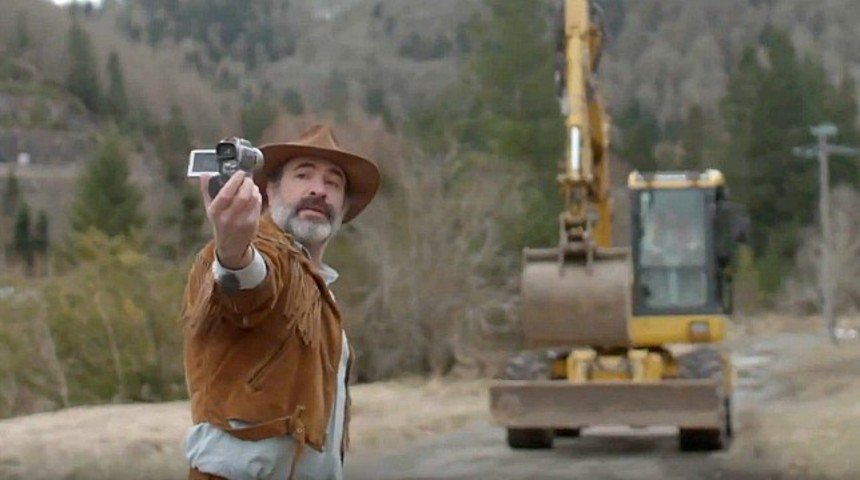 trainspotting just didn't do it for Malcolm, not when you could get closer with diggers.

Deerskin is far from being your typical French film; it certainly has more in common with more subversive US independent flicks. After all, there’s nothing mainstream about your lead having an almost symbiotic relationship with a jacket, who then goes on to make snuff films.

Although it’s a quirky, black comedy, there is a thin, subliminal narrative vein that highlights Georges’ mental health; when we are introduced to him, he’s in quite a dark place, with his relationship with his wife seemingly over. For him, the purchase of the deerskin jacket brings him comfort, both physically and mentally, especially as he can engage in conversation with it.

It also gives him purpose and direction, which may well be missing from his life, even if that direction is to own the only jacket in the world, at any cost.

Although Dujardin still has those matinee looks, he gives a great account of himself as someone unhinged with a questionable taste in fashion, proving that he doesn’t necessarily need to have Hollywood come a knocking.

French director Quentin Dupieux has produced something wholly unique, much like he did with the sublime Rubber, a film like no other, and if you have a taste for all things quirky, then you really should try it on for size.