Nobody likes weddings. They’re a money pit event that guests feel obliged to attend in a vain attempt by the couple-to-be to look popular. Oh and don’t forget to bring an expensive gift with you.

Not even the couple enjoy it. Sure, at the time, they bask in all the attention directed at them, but ten years down the line, when the conversations have dried up like an aging prune, and every time you see your other half you cry inside, the day only acts as a reminder of what could have been.

The same could be said for wedding flicks, with their glossy, unattainable and unrealistic version of events that absolutely no-one can, in all good conscience, relate to. At least this film, starring Keanu Reeves and Winona Ryder, gives a refreshingly honest account of what it’s like to be invited to such an ordeal. 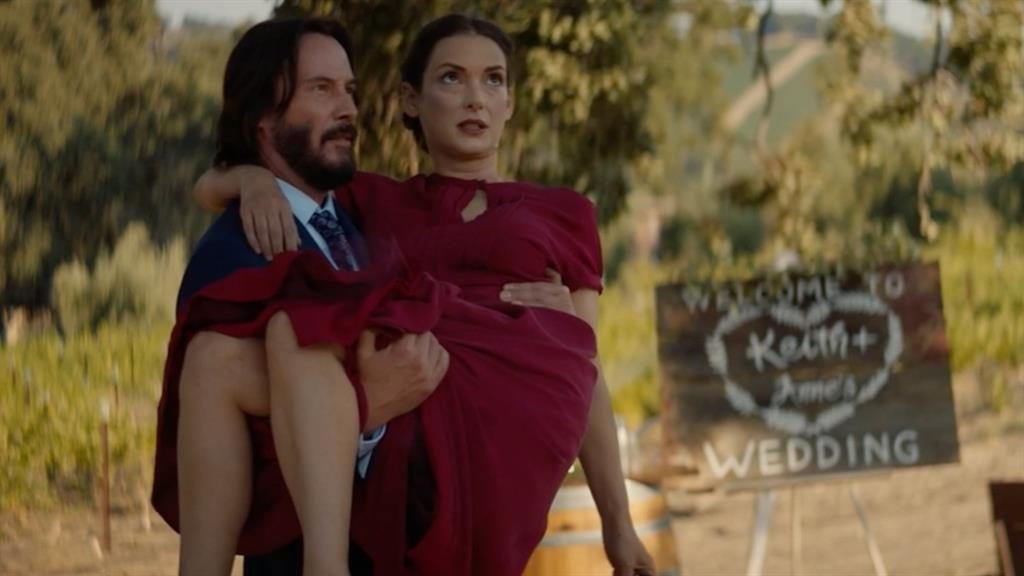 looking at it now, I didn't drink nearly enough.

On the way to her ex’s wedding is Lindsay (Ryder). The invitation is a fairly good indication that he has moved on, but Lindsay is still seeking closure.

Whilst waiting to board her small plane, she stands next to a rather handsome guy, who attempts small talk with her. It doesn’t go down well and the pair become quite frosty. Which is unfortunate as Lindsay is forced to sit next to the guy on the plane out to this destination wedding.

After some brief attempts at civility, she discovers that the guy, Frank (Reeves), is also attending the same wedding. What’s more, he just so happens to be the brother of her ex, whose wedding the pair are attending.

The situation goes from bad to worse when they discover that not only are they in adjoining rooms, but despite their instant dislike for one another, it seems that the only company they can tolerate at the weekend long bash, is each others. 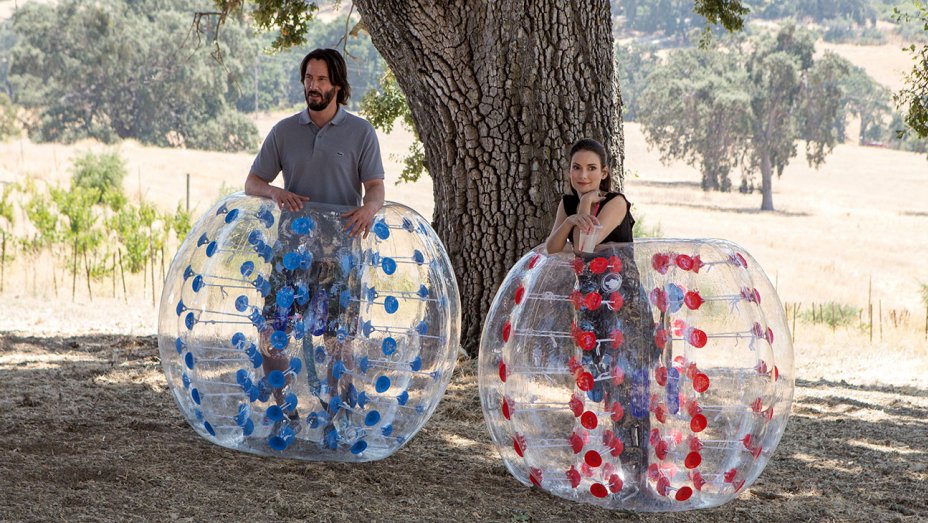 Having directed a romantic comedy with his debut feature (2014’s 5 to 7), director Victor Levin not only knows his way around the genre, but also how to mutate it.

His second outing, as both writer and director, is essentially a post-modern take on When Harry Met sally - on paper at least. His influences are obvious, with his script resembling the bastard child of Nora Ephron and Woody Allen.

Not only is it as funny as hell in parts, its fast-paced, well-observed dialogue is constant throughout. This is mainly due to the fact that there are only two voices heard in the film, and those are of its leads Reeves and Ryder. However, it’s the delivery of these words that are, sadly, the film’s undoing.

There’s one crucial element needed for any rom-com to work, even a re-working such as this, and that’s chemistry. As a big as stars as Reeves and Ryder are, they go together here like strawberries and crud.

Without any on-screen chemistry, what’s left are two actors delivering their lines at each other. Much of what they say is sharp and amusing, but the way they’re delivered, by both parties, is as if Siri and Alexa are presenting a recipe for Yorkshire pudding at one another. It is flat and monotonous, to the point where it not only lacks any organic rhythm, it just becomes noise.

Credit to Ryder though, whose eyes in particular are constantly working and should get an award themselves for being so productive. Reeves however, whose range is unanimously known to be limited, delivers a performance that can be kindly described as Vulcan-esque.

You can see the script working, possibly being work shopped in a trendy converted warehouse space just outside LA by two theatre trained thesps, but the dialogue’s combative nature is sadly wasted on this cast.

Levin must take the brunt of the blame however; not only for casting them, but for failing to get his leads to comprehend that the words should have a life of their own after being spoken, as opposed to being D.O.A.

The film had such great potential, certainly for being a superior rom-com, it’s just a shame that the couple that rocked up to this particular wedding, really couldn’t make a go of it.