So, here we are again. A sequel to the hugely popular shooter that attempted to change it up a bit as far as the multiplayer experience was concerned. It wasn't overwhelmingly received however, as the story was deemed on the dull side, but it certainly did enough right to tempt gamers with a second instalment. And here it is.

The first thing you realise when playing is this sequel isn't a million galaxies away from the original. It feels like a very similar experience to the first, with the way it looks and plays. In that way, it holds very few surprises.

One noticeable overhaul is with the story, which has a narrative that's a little bit easier to follow.

It begins with the fall of the Last City, the hub for all guardians in the previous game. Not only is it destroyed, but all the other guardians are dispersed throughout the universe. If that wasn't bad enough, all the light is drained from them, meaning they are now powerless. Bummer.

You yourself wake up two days later, again without your powers, and make your way to the European Dead Zone, where you find a safe zone in the Farm. It's here, after a vision, you get your powers back. Fully loaded, it's time to travel through the universe with your new ship and help get the band back together again so order can be restored once more in the universe. 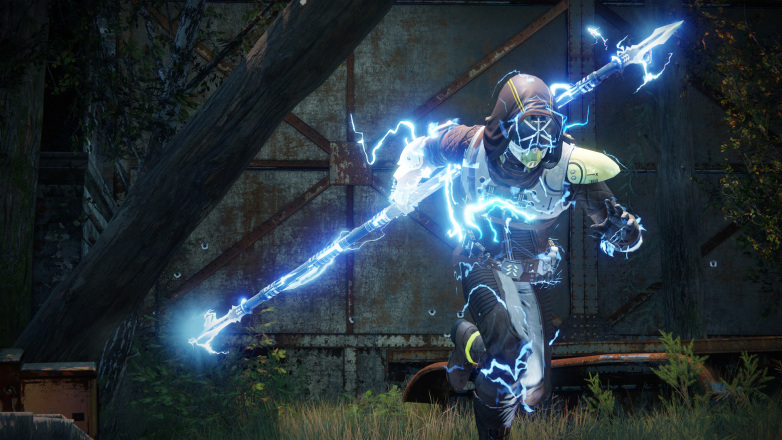 I knew i'd regret having the curry at lunch.

Ok, so originality may not be the story's strong point, but at least it has one this time, and on top of that, it does just enough to keep you involved.

As before, you have a choice to make as far as the character you play, which can be either Hunter, Warlock or Titan. Each one has a unique set of skills, which usually appeases the average gamer. Then whomever you choose, you play through the game with the notion of levelling up to 20 (it's always 20, why is that?!); each new level you reach, unlocks a new set of weapons, outfits etc, which will help with your progress.

There are lots of weapons to collect, but you can only carry three at time; a side weapon, a rifle of some kind and a special weapon including a grenade launcher and rocket launcher. The biggest problem is that you can't upgrade them, so don't get attached to any one in particular - especially with a low rating - as it won't help you out further down the line. That said, there are a huge number of variations, so you're bound to find a set of three you prefer, eventually.

The enemies also seem more varied than before, which makes the game more fun. Some are easier to kill than others, depending on the type of weapon you use, but it doesn't take long to work out what works best for you.

The different locations you have to explore are also more appealing this time around. Each one has a distinctive feel about them, which waters down any sensation of déjà vu that you may have.

As well as the single player game (although it should be pointed out that you still have to be online to play through it) which is quite a chunky piece of gaming this time round, there are of course opportunities for some multiplayer mayhem. As regular readers may already be aware of, we're not huge fans of the multiplayer experience. This game's approach to it however, is quite satisfying. Yes you have the multiplayer mappage that many now expect, over at the Crucible, once again manned by Lord Shaxx. They're more intimate than some of the other multiplayer big hitters, as they only cater for four versus four modes. If we do play multiplayer, it's usually on the larger maps with the bigger groups, as it tends to hide how truly rubbish we are. This side of the game then, holds little appeal for us. 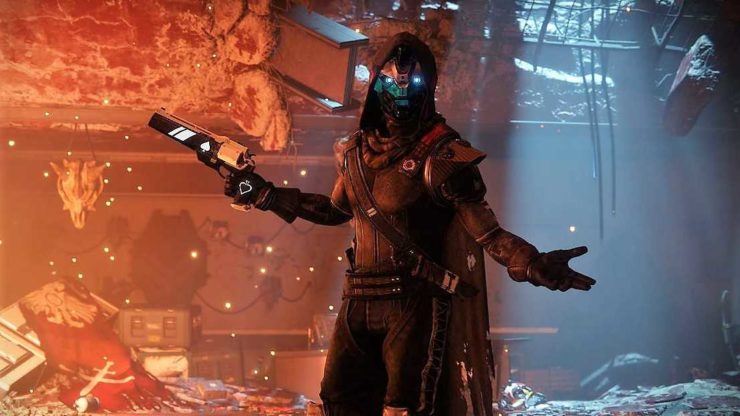 I'm not going to argue with you, Greedo definitely shot first.

What we did enjoy however, was the ability to join multiplayer events on the fly during solo play. A battle could be taking place just over a hill, and you can decide to take part or not, without scuppering your current task. Even we felt a buzz from being part of a group taking down hordes of enemies for a timed period.

Even though Bungie have made only a small number of tweaks to the game, what they have made is significant. Destiny 2 feels a better game all round for them, and therefore a far more enjoyable gaming experience.

As with the first title, the game will get bigger with various expansion packs on their way soon. Unlike the first, there feels like more content here from the get go, so don't feel like you need to rush for this when they arrive (unless you've pretty much done that's all there needs to be with it ,of course).

Destiny 2 is an engaging and exciting romp through space, that has certainly learnt some lessons from its previous outing. It shoots and most definitely scores.