Mankind has always had a fascination for what lies beyond the stars. Beyond this galaxy, into the very depths of space, could life possibly exist? It’s a question that has vexed us for years, and the simply answer is this: yes.

To think that we are the only living entity in the universe is both naive and self-absorbed. The usual follow question would be thus – then why haven’t they taken the trouble to come and destroy us then? The truth to that is easy, they don’t have to, as we’re doing such a swell job of that on our own. Why would they go to all that effort, when they can sit back, neck a few space brewskies, and watch the show, which in this case will be the season finale of Earth, narrated by the little green version of David Attenborough.

Then, once climate change has wiped out the entire global population, they can swing by and loot whatever is left and valuable to them, which may or may not include the following: Malteasers, Levis 501’s and kangaroos.

This game creates a fun alternative universe, where the aliens decide to visit us before we euthanize all of human existence, and get in their first for extra-terrestrial LOLs. 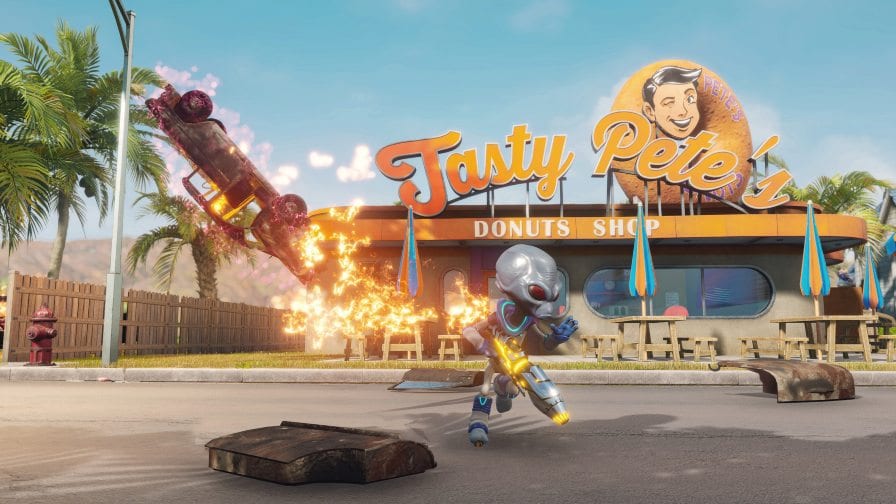 I think that's a fairer indication of how I rated their food rather than using a silly app.

It’s America, in the 1950’s, when Cryptosporidium 137 – or Crypto for short – lands at the quiet, unassuming Turnipseed Farm, to begin his quest. The reason for his visit is that the Furon Empire, of which he is a representative, are dying out as a race. They have discovered a lifeline however, in our very own DNA, which apparently contains a strain of the purest form of Furon.

This is great news for the Furons, but unfortunately not so great for humans, as the only way to extract the human DNA means death, and as they want all of it, that means, well, goodbye humankind.

So Crypto begins his quest of investigating the best ways to harvest this DNA and save his people, at the expense of our own. But his investigations lead him to learn about the secret entity known as Majestic, whom he discovers are fully aware of both his visit and his plans, and are prepared to do everything possible to stop him. 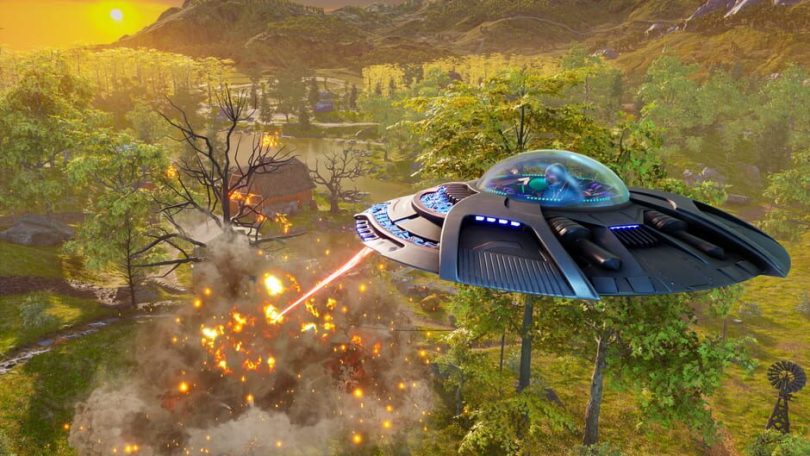 Well if they won't offer suitable parking, I'll have to make my own!

The original of this title, 2005’s game of the same name, is held in great fondness by many gamers. This remake then has a lot to live up to, and with no multiplayer included, the single player mode has its work cut out to boot.

Destroy All Humans! is certainly a game you’d want to get behind; it’s the kind of premise that can make gamers a little giddy, after all, who wouldn’t want to play an alien sent to blow up stuff on Earth?

But the further you delve into the campaign, the more it feels like a missed opportunity on every level.

The first area of disappointment are the weapons, which are all decidedly average in operation. There’s a zap-ray, and one that sets your enemies on fire, but nothing that creative. There was a chance here to really go for it – maybe a gun that turned all humans into chickens perhaps, or even a shrink ray that could be upgraded to not only just shrink humans, but small towns – anything that was outside of the standard weaponry.

This also leads into the game pad layout, which also felt off. With certain commands on both the D-pad and buttons important, at times it felt like patting your head and rubbing your stomach at the same time to get it right.

The aiming system also didn’t feel entirely comfortable. It’s a little on the floaty side and you have to be extremely accurate pointing it at your enemy or object. There is one section that sees you having to bend the TV aerials on homes, and however close you are, you have to point the cursor at an exact location for the command to work. This could have been easily fixed with a semi-auto lock, but instead it feels like trying to touch someone’s nose in front of you with your eyes closed – which just so you know, you shouldn’t do without asking their permission first.

And then you have the overall look of the game. Although by no means ugly, graphically it looks more last-gen than this one. Buildings are blocky, as are many of the characters, and overall textures lack detail and definition. We know the game has a retro feel about it, set as it is in the fifties, but that shouldn’t go for the graphics as well.

So, it all sounds a bit harsh up to this point, doesn’t it. But the only reason for that is that this is a game that was brimming with potential, much of which is sadly wasted.

It’s by no means a bad game; the story is engaging, and a number of sections are nicely implemented, like flying a saucer or using the Holobob which allows you to take the physical appearance of a human so that you can mix in for a short length of time, or access areas you wouldn’t normally be able to in your alien outfit. It’s just that after playing for an hour or two, you get the impression that there was a great game within touching distance.

There are just little touches that it lacks, like when the alien is in the lift listening to muzak; if you’re going to include that scene, why not make the music relevant, like the opening bars of E.T or Close Encounters of the Third Kind? It’s these little details that make you enjoy your gaming experience that little bit more.

At least it has slightly more replay value once the campaign is completed, as there are various challenges that you can get involved in, that take place in the levels you’ve completed.

Destroy All Humans! is a solid, single-player game that although has its moments, is decidedly average in every way. It could have been so very different if it only decided to reach for the stars instead settling for mediocrity.