Australian national treasure (despite actually being born in Hawaii) Nicole Kidman has come a very long way since she made an impact on a boat, bobbing up and down in the middle of nowhere with Sam Neill and Billy Zane in 1989's atmospheric Dead Calm.

Throughout her career to date, she has never been afraid to stray from the relative safety of the mainstream into darker areas, often embracing riskier indie projects.

With Destroyer, she strips back the usual glamorous layers to play a challenging character rooted in imperfection, both physically and emotionally. 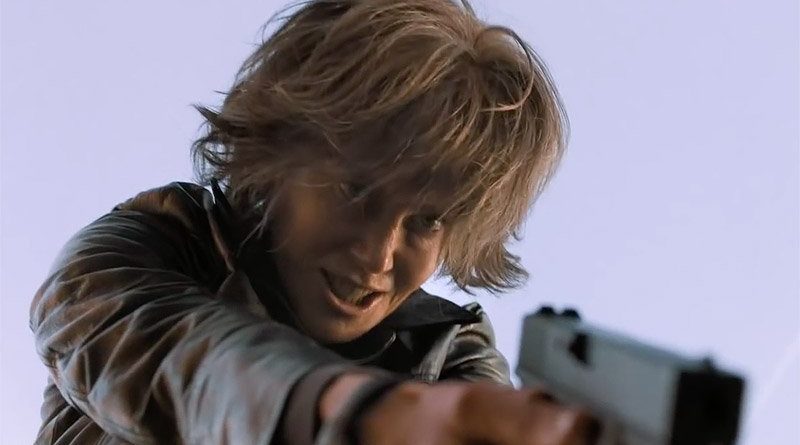 So tell me punk, do you feel fortuitous? Well do you?

Detective Erin Bell (Kidman) finds herself at the crime scene of a murder in LA. Inspecting the victim triggers flashbacks to a case she worked, seventeen years previous, where she went undercover with a fellow officer, within a gang planning a bank heist.

The events that took place then have haunted her ever since, but now she has the opportunity to finally put those ghosts to rest by righting some serious wrongs. 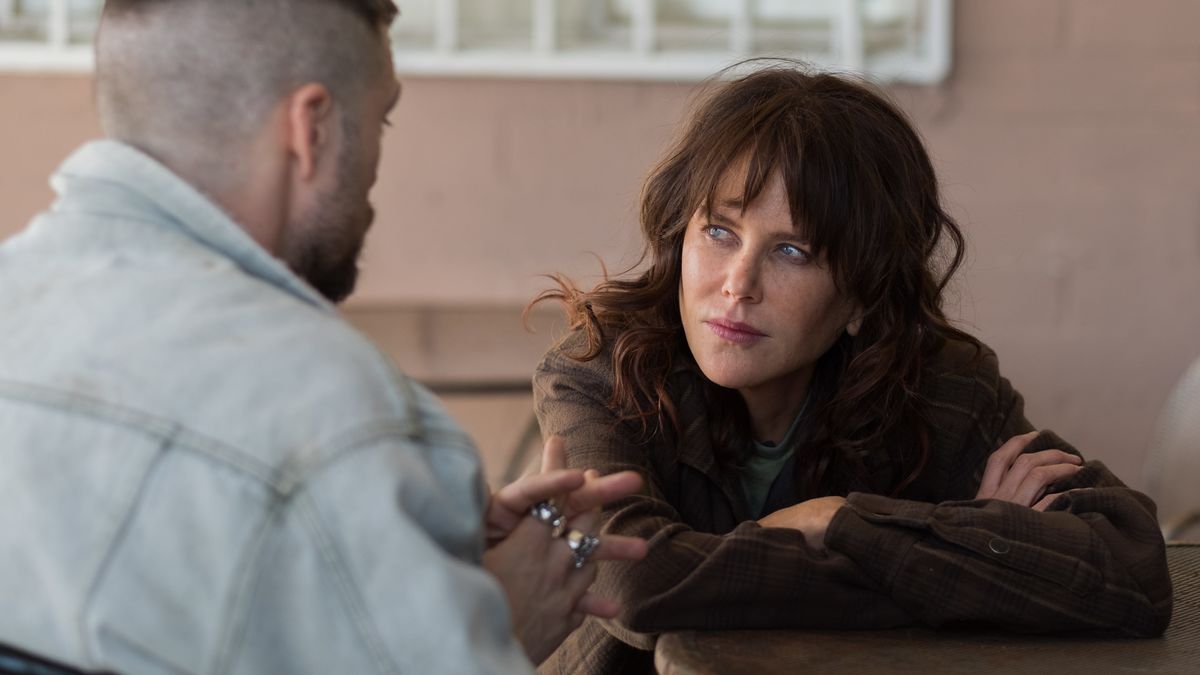 I wonder if I'll have potato waffles and beans tonight...

For this particular role, Kidman has undertaken a fairly striking transformation – it’s not Charlize Theron Monster striking, but close. The problem is here however, is that her look – fatigued and world weary - is doing all the heavy lifting as far as her character is concerned. Emotionally, it’s all a bit too one note. Her dialogue is flat, and does nothing to explain the space she currently occupies.

Director Karyn Kusama does well to give the film a retro chic quality, as it often plays out as a homage to the likes of Chinatown and Dirty Harry. But the main protagonists of those films, and others like them, had strong personalities which helped elevate their roles. Sadly Kusama allows Kidman to deliver a fairly monotone persona, which makes it hugely difficult to allow any kind of empathy.

The same can also be said for all the other characters involved, with possibly only Bradley Whitford allowed to portray someone who is remotely engaging. What’s worse, Toby Kebbell - who somewhat remarkably gets second billing – is woefully underused, giving him limited opportunity to conjure up anything other than two dimensional.

You can certainly see the appeal, visually at least, for Kidman to play such a character. But a leading character has to have more than just a look; they may well have a lot going on under the surface, but that occasionally has to bubble up to captivate an audience.

There’s nothing wrong with a slow-paced film – which this is – but with very little pay off, besides a nice little twist that you may or may not see coming, it’s a film that’s hardly brimming with absorbing performances, which is all the more disappointing with Kidman’s involvement.