When the Wonderbook arrived with its first title, the magical Book of Spells, the concept showed more promise than it delivered.

This second title however, probably isn't quite reason enough to dust down the Wonderbook quite yet.

It should be made vehemently apparent from the off that Diggs Nightcrawler is a game really only suitable for children. What age group depends on your little toe rag  sorry  rug rat's development skills; old enough to read but not old enough to swear in your face and glug down bottles of alcopops.

In fact the term 'game' doesn't really apply here either, as it's more of an interactive experience  a limited one at that. 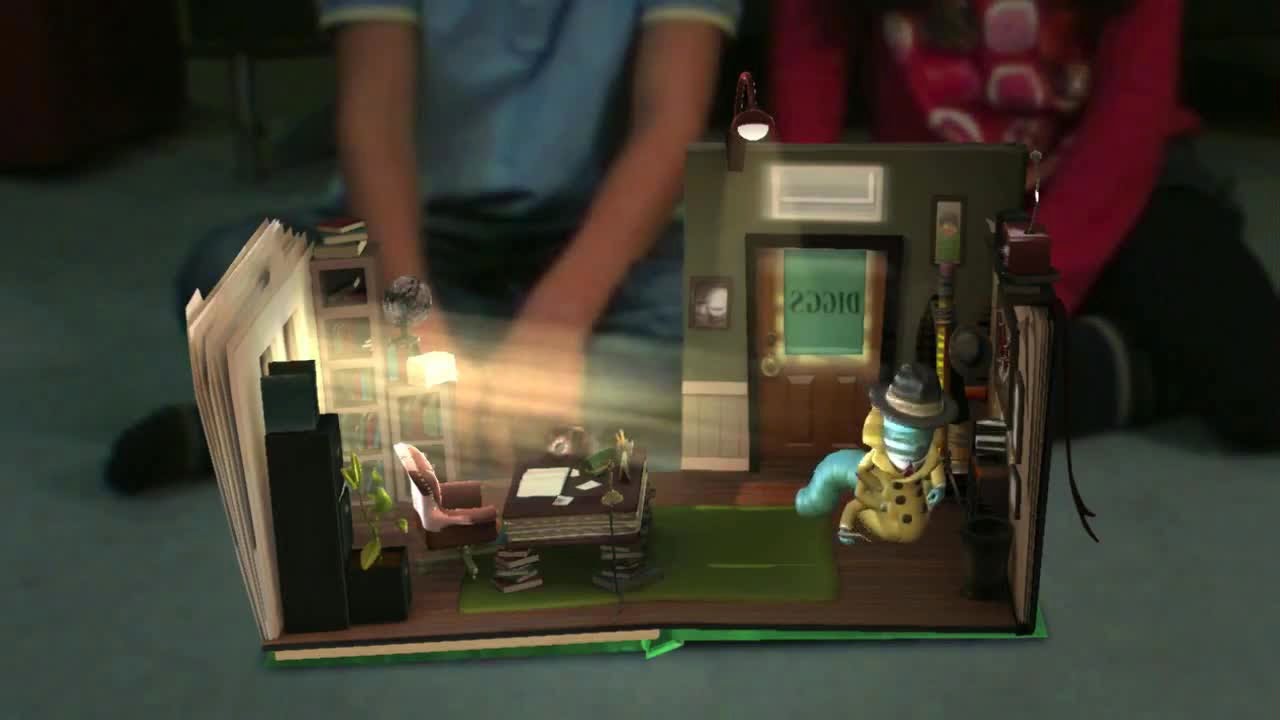 Despite being alone in my office, I got the feeling I wasn't alone.

The story revolves around you helping out the private detective book worm Diggs Nightcrawler, whose tracking down the murder of one Humpty Dumpty.

As the case progresses, you have to interact with the book  and only the book  to progress. This involves revolving it, tilting it, etc. Although the Move controller has to be connected, it has no part at all to play in the game. In fact it's more of a nuisance than anything, as it causes the game to pause due to its non use on an annoyingly regular basis.

Moving the book around not only feels a little gimmicky, but after a while, it just feels like the game is missing a trick by not involving the connected Move controller, with the lack of any really fun interaction with the story.

It's also heinously short. There are only 3 chapters that could easily be completed in under thirty minutes, and after it's finished there's little replay value except some kind of picture-taking element to play through the chapters again, but it feels cheaply tagged on and unnecessary.

Overall it's a real shame, as the actual experience of sitting down and watching a story come to life out of this book on your lap is really quite a magical one. Unfortunately this is nothing more than an incredibly short story told with impressive pop up pictures. It may also be a budget title, but it's still too much to pay for so little content.

So far the Wonderbook titles have been nothing more than tarted up demos, revealing a level of potential that has yet to be untapped. And with Sony's next gen console, barking excitedly in the wings, it's doubtful that the Wonderbook concept will make the leap, which means it could all be over before it had a chance to shine; after all, Sony are unlikely to continue supporting the Wonderbook as its far from a bestseller. It's certainly not helped with half-baked projects like this one.