In the fantasy world of Disney, it’s all about the happy ending. Although their 2007 hit Enchanted reached a satisfying conclusion, when there’s a chance of a sequel in the offing, things can always be happier.

And so despite a 15 year hiatus, Amy Adams dusts off her princess outfits to return as Giselle. 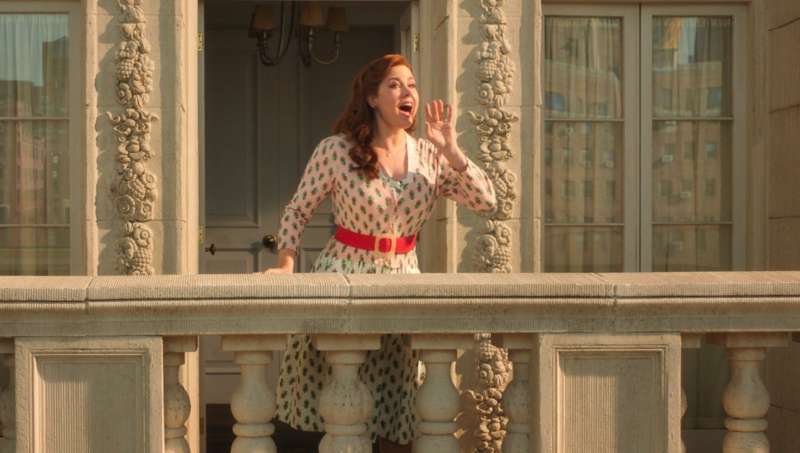 It’s been 10 years now that Giselle (Adams) and Robert (Patrick Dempsey) have lived in NYC, with Morgan (Gabriella Baldacchino) now a teenager. They have a new addition to the family too, with a young baby.

With the family having now expanded, their New York apartment is feeling a little too cosy, so Giselle and Robert make the decision to move to the suburbs, choosing Monroeville as their new home.

Although the property is a little run down, it just needs a little work. After a few days though, Giselle is disappointed with how the move has gone, with none of the family being particularly happy.

So when she gets her hand on a wand, she makes a wish that she thinks will make everything better, by wanting a more fairy tale life. But the old adage of 'you should be careful what you wish for' is never more apt, as Giselle is naive to the outcome of her wish, which far from leads to the happy ever after ending she dreams of. 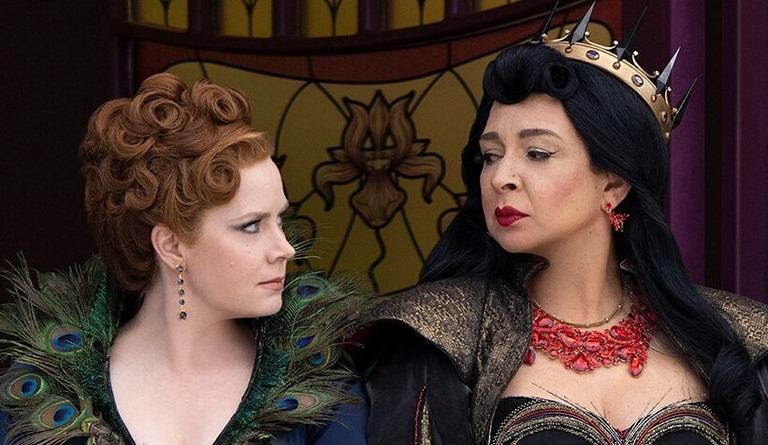 I may well have smelt it, but you postively dealt it!

So with most of the gang back together, with the inclusion of a few new faces, such as Maya Rudolph as Malvina, it all looks promising, initially at least. But as time passes, it becomes more apparent that this doesn’t have the same kind of magic hold as the first.

Despite the long break, which has been a considerable enough time to put the hours in and come up with something suitably enchanting, the script is on the lacklustre side. The only thing that holds it together is the duality of Adams’ character; Giselle is still for the most part annoyingly optimistic, which is the point, but having a darker self was a real opportunity to let rip and have some fun, which is sadly not taken.

It also often feels like a lock-in at Disneyland, which really is the stuff of nightmares.

To be fair there are some cheery tunes, supplied by Disney’s musical maestro himself Alan Menken, with the highlight being the duelling duet “Badder” between Giselle and Malvina, but it has to be said, one or two of the songs do come across as unnecessary filler.

There’s some nice use of animation too, as there was in the first, but again, more could have been made of it.

And at over two hours long, it feels somewhat of a laboured watch, with Adam Shankman’s direction on the flat side not helping, and a script feeling less magical as time goes on.

So when the ending does finally arrive there’s more a sense of relief than happiness, making for a sadly less spellbinding affair than before.