It’s always interesting to see the project a director chooses after they have tasted success with their last film.

Chilean director Sebastián Lelio’s 2017 A Fantastic Woman not only wooed audiences on the film festival circuit, it also picked up an Oscar for Best Foreign Language film. To follow up then, with an English language film, is hardly a surprise. Nor is having two bankable actresses, Rachel Weisz and Rachel McAdams, star in it.

What is more curious however, is his story matter, set in the heart of a Jewish community in London. 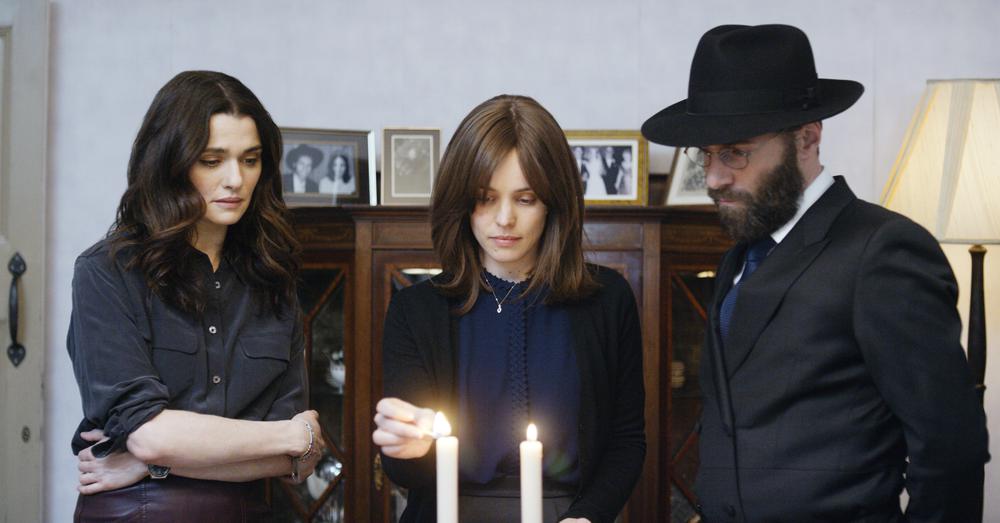 It was no fun at all having a seance without Rylan in the room.

Although English, Ronit (Weisz) is carving out a nice little career for herself as a photographer in New York City. It’s during a job in her studio that she gets some bad news, which sees her flying back home to London immediately.

Her father, a truly respected member of not only the Jewish faith, but of the community as a whole, has died. Her return however, as the only heir, isn’t exactly greeted with a warm welcome. There appears to be some remaining animosity hanging heavy in the air, over the way she abruptly left in the first place, to start her new life across the pond.

Thankfully two of her friends, Esti (McAdams) and Dovid (Alessandro Nivola), offer her to stay at theirs, which she accepts.

But it’s not only the grief of losing her father that Ronit has to face; her return sees repressed emotions rush to the surface, impacting on those around her with huge consequences. 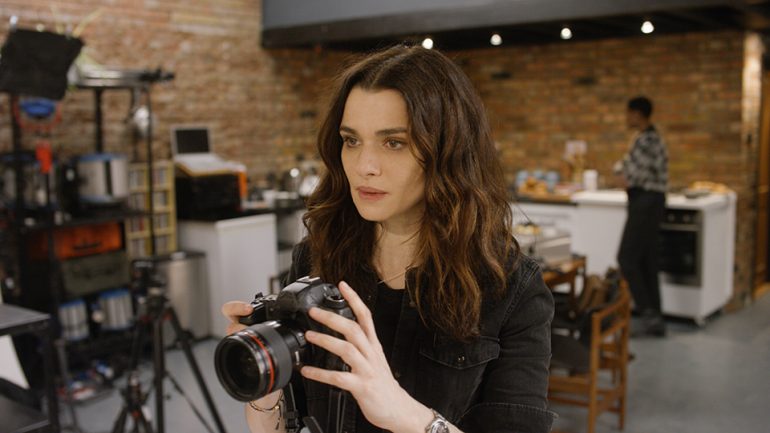 Then it hit her, that maybe sending Grace Kelly on her own, was a bad idea.

The first thing that may hit you with this feature is how darn ugly it is. Lelio has gone for a Pantone colour palette consisting of nothing but beige. Although there’s no reference to when it’s set, it looks and feels incredibly dated. Sure, parts of London can be grim, but don’t show the entire world!

Luckily there are some strong performances to be drawn too, particularly from McAdams, who also has to contend with an English accent, which isn’t too shabby.

As far as the story is concerned though, which is based on Naomi Alderman’s novel, emotions spend too much time simmering, and not enough exploding. It’s too polite for its own good, as Lelio relies on far too many side glances and inward angst to do the emotional heavy lifting.

For a title that heavily hints at being disruptive, it could have done with breaking a few more rules.