In 1981 Donkey Kong must have thought he’d won the lottery. Not only was his name plastered on the front of an arcade machine, he sat proudly at the top of every screen as some red-capped shmuck tried, over and over, to knock him down. He looked invincible.

He could see it now: the lunch box endorsements; the invites to the Playboy mansion; nights out getting sozzled with the Brat Pack whilst getting ‘caught’ snogging Molly Ringwald outside The Viper Club by the Hollywood paparazzi.

The world was at his feet, until a certain Italian plumber, who only went by the name Mr Video at the time, yanked everything from him in one fell barrel jump. Yep, Mario stole it all. Not that DK’s bitter.

Although ne never reached the dizzy heights of his gaming peer, Donkey Kong has done OK for himself, most notably starring in his own franchise of side-scrolling platformers, with this being the fifth instalment. Now semi-retired, he returns here in a freshened up version of 2014’s game of the same name, first released on the Wii U, now stomping onto Ninty’s Switch. And he doesn’t look too shabby for his age either, considering. 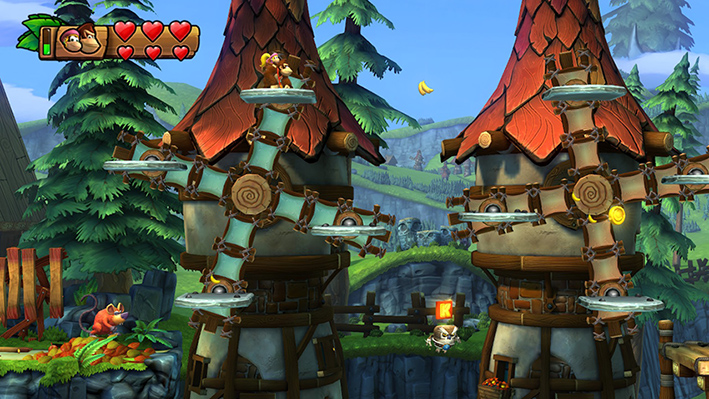 I don't remember these windmills being so twirly in the brochure?!

For those unfamiliar with the franchise, this game sees Donkey Kong traversing an island, by rolling, jumping and stomping his way through various levels, in an old school left-to-right side scrolling fashion. At times he also takes to a rhino, like you do, as well as a mining cart, as in Indiana Jones and the Temple of Doom styely, thrillingly negotiating a tricksy rail ride.

If you own the original Wii U version, then there’s no real reason to own this. But if you like your side-scrolling platformers though, and own a Switch, you should reach out and grab this one.

You should be warned though that it’s quite a challenge. Lives will trickle through your pale hands like the dreams of ailing unicorns. One red balloon equates to one life. You can collect them throughout the levels, as well as buy them in bulk with the coins you’ve picked up, from shops along route. And you’ll need to dig deep and balloon yourself up to the max if you have any chance of survival. 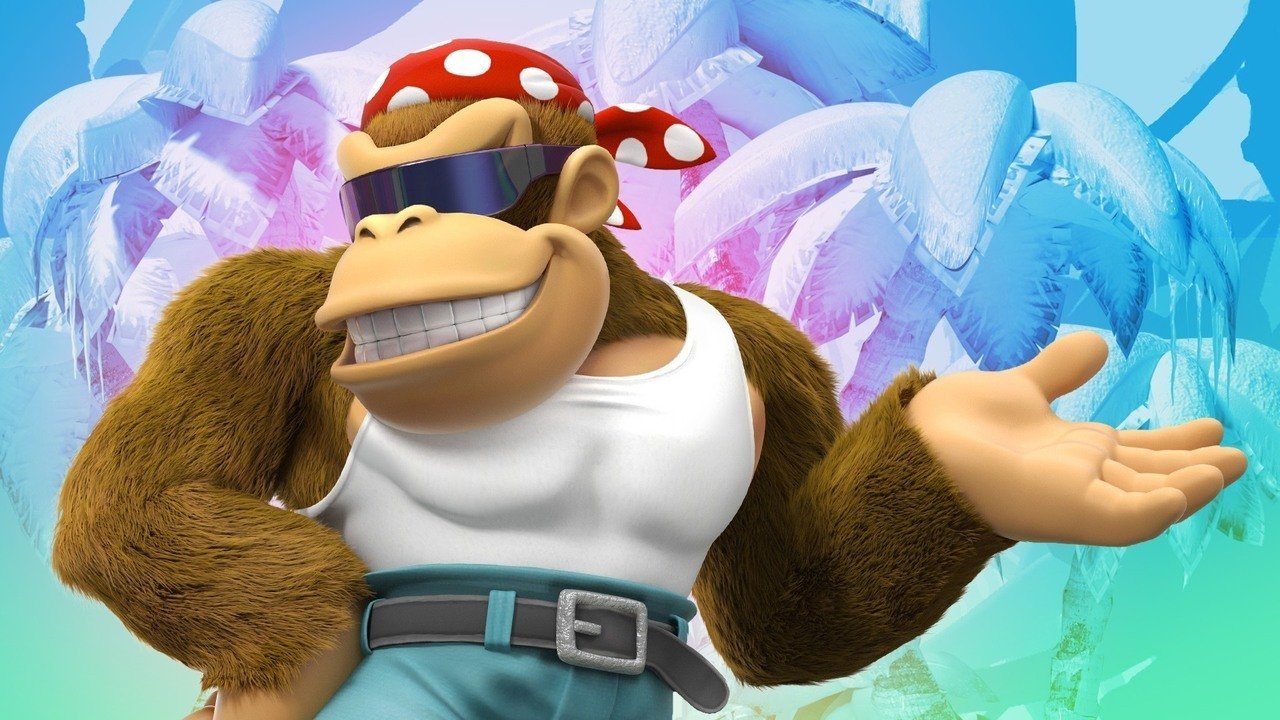 Hi I'm Funky, you may recognise me from playing Bob in Sons of Anarchy.

Your journey can be made slightly easier by playing as a new character – Funky Kong. Not only is Funky cool, wearing shades, a bandana and carrying a surfboard around, his board prevents deaths by spiky things that are littered throughout levels. But even with this slight advantage, it only just takes the edge off a game that still remains a challenge.

The levels are cheery and brightly coloured, almost masking the deviousness of the game. And with all the balloons available, it’s a title that is almost the definition of ‘just one more go...’.

His career may not have gone as planned, but Donkey Kong can be proud of his legacy to date, including his Tropical Freeze outing. This Switch version is fun to play and virtually impossible to master, proving that for DK, the beat still goes on.