Doctor Strange in the Multiverse of Madness

Apparently the notion of the concept of a multiverse first appeared in the pages of Marvel in 1971 (The Avengers #85), which is impressive when you consider that some were just getting their heads around the dark magic that was the VCR at the time.

Since then its featured in a number of storylines on the big screen, but Stephen Strange tackles it head on here with the sequel to 2016’s Doctor Strange. 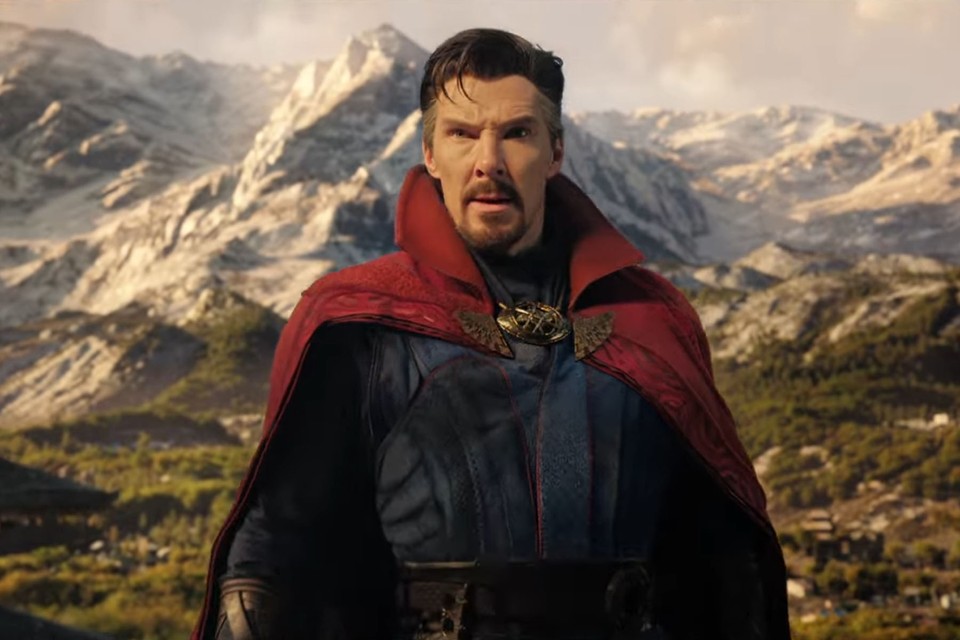 Im not sure signing up for this sequel to The Sound of Music was my best idea...

After waking from a curious dream, Stephen Strange (Benedict Cumberbatch) takes to the streets of NYC, only to find a young woman in trouble, being hunted by a massive octopus- like creature through the streets.

Strange of course is used to these types of oddities, and this is New York after all, but his interest is piqued when he realises that the girl being chased also happens to be the same girl that featured in his dream.

After helping her out, he discovers that her name is America Chavez (Xochitl Gomez), and she has impressive powers: she can travel between the multiverses.

It’s no wonder then that she was being hunted down, what is a surprise however is by whom, none other than one time Avengers member Wanda Maximoff (Elizabeth Olsen).

Strange attempts to reason with her, but since the events that took place in the suburban town of Westview, Wanda has allowed her darker alter ego the Scarlet Witch to take hold of the magic reigns, which is bad news for both America and Strange, as she wants to take America’s powers to re-unite her family at any cost. And if that means destroying everything in her path, in any universe, then so be it. 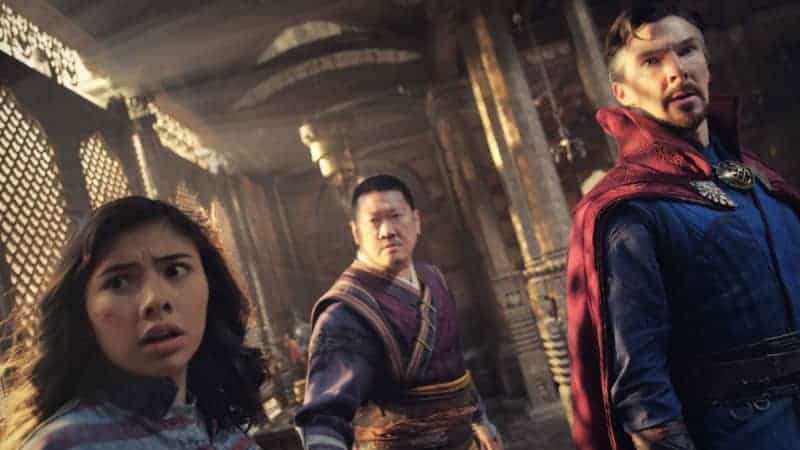 So wait, none of us remembered to lock the back door?!

Director Sam Raimi’s film works on a number of levels, with the most obvious being a satisfying bookend to the Disney+ hit WandaVision. In the last episode of that series, Wanda wasn’t left in the best of places, and this film pretty much picks up where that left off. And to a certain degree, that’s part of the film’s biggest issue; it’s almost a power play by Wanda to make a bigger splash in this sequel, putting Strange in the shadow somewhat.

And then you have the multiverse itself. Considering it even features in the title, Raimi doesn’t make as much of it as he should. There is one brief scene that teases the fun that could have been had with travelling through all these universes, but it’s all too brief. It doesn’t even come close to being as rewarding as the awesome Spider-Man: Into the Spider-Verse.

It also seems to be lacking humour that was so prevalent in the last Doctor Strange outing, which is disappointing, as is the fact that Benedict Wong, who reprises his role as Wong, doesn’t feature nearly as much as he should; Cumberbatch and Wong have a good on screen relationship, but it isn’t utilised here.

Cumberbatch himself is in good form, it’s just a shame that Gomez’ character is somewhat dull, often coming across as a Disney competition winner.

It has its moments, especially with a number of surprising cameos, but you may well be left feeling that not enough was made of the multiverse concept. Chances are it went down a storm in another universe, but with the competition so fierce within just the MCU itself, it does feel like somewhat of a missed opportunity, which is a little maddening.