So you have this idea for a film, a blind man who just so happens to be a Navy Seal vet, whose house gets broken into by a gang of kids. Needless to say, the kids regret picking on the wrong war vet, who isn’t best pleased about having visitors.

It’s a film that looks impressive, particularly when you take into account its budget of around only $10 million. It certainly made an impression with audiences, as it ended up making nearly $160 at the box office. With that kind of spectacular return a sequel was something that everyone could see coming. 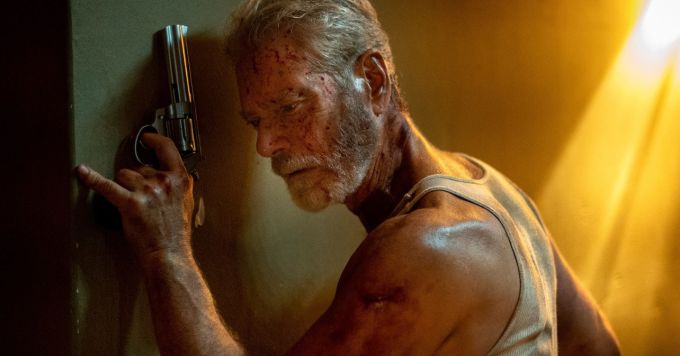 Oh yes, that sounds like Piers Morgan to me...

Eight years have passed since Norman Nordstrom (Stephen Lang) had his home invaded, and he now lives somewhere just as remote, with his Rottweiler Shadow, and 11-year-old Phoenix (Madelyn Grace); he told Phoenix that her mother died in the house fire, and has since raised her as his own, with a highly protective grip.

Little do they know that Phoenix has become the target for a gang who deal with organ trafficking, as they approach Norman’s house with intent. Despite being ex-army themselves however, they aren’t aware of Norman’s history, or his disdain for unwanted guests, as he once again finds himself defending not only himself this time, but also Phoenix, in his own home. 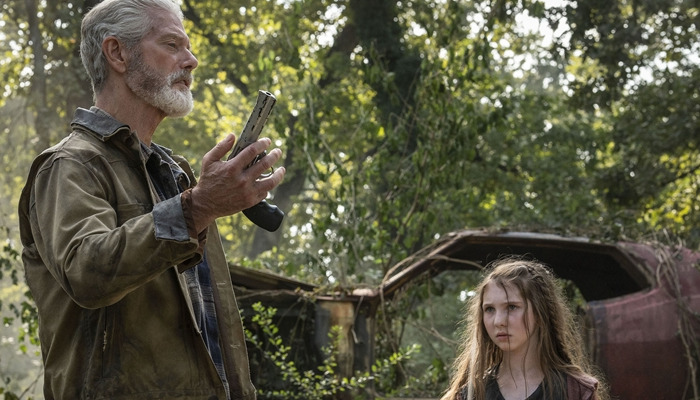 How many times have I told you, it's the remote to my TV, it just looks like a gun.

As you would expect with this type of film, the filmmakers are fully aware that audiences pretty much want more of the same. And that’s exactly what they get. There is an interesting spin however, as the first film presented Norman as the bad guy, whereas he is more of a heroic figure for its sequel.

In doing so, what you essentially have here is a re-imagining of Home Alone, and although far more violent, it’s just as absurd. Norman is Kevin, who does whatever he can to protect himself from the intruders, in various creative ways – no marbles sadly, but he doesn’t do badly with what’s at hand.

The sequel doesn’t have the same kind of impact as the original, especially as the formula is so similar, but it still manages to deliver some pleasingly gory moments that are bound to please the horror faithful.