French director François Ozon, clearly not using the latter as source material, sadly, offers up his own spin on twins, with this tres dark offering. 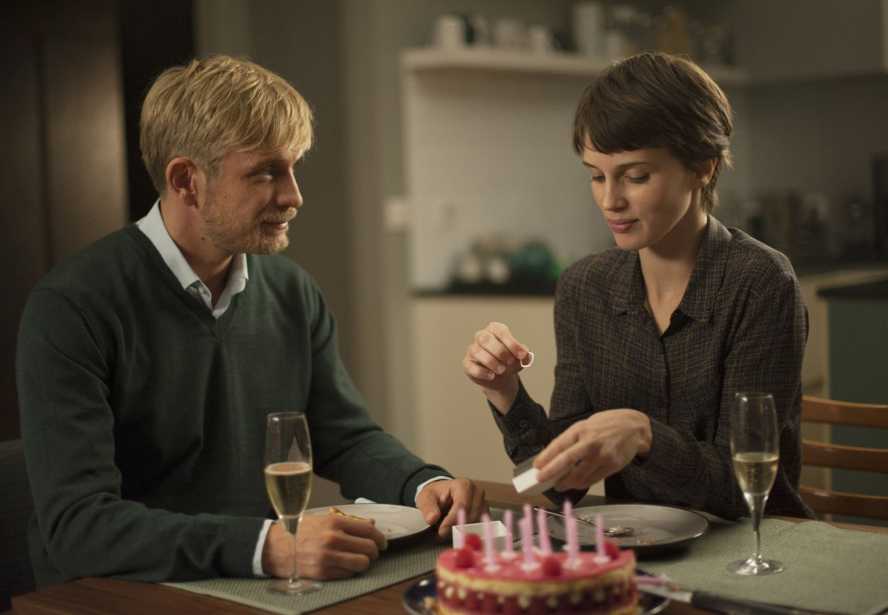 I think i've got away with it. I found that in a bin in Waterloo.

For some time, Chloé (Marine Vacth) has had terrible stomach aches. However after informing her doctor of the case, they believe that it might be psychological, and therefore refer her to a psychoanalyst.

She signs up to see the handsome Paul (Jérémie Renier), who turns out to be a good listener. After a while however, he has a confession to make; he can’t see her professionally anymore as he’s developed feelings for her. Luckily for him, she’s OK with that, and they soon move in with each other.

While out one day, she sees him with another woman. When she confronts him, he tells her that he had been working in the hospital all day, so it couldn’t be him.

Chloé doesn’t believe him, so returns to the spot where she sees him. It’s an office for psychoanalyst, but with a different name. So she decides to make an appointment to see him. When she does, she discovers that there’s no surprise that Louis (Renier) looks so much like her Paul, as it transpires that they’re identical twins.

It’s at that point that Chloé should stop her digging, but she doesn’t; instead she continues to see Louis, and in so doing so, embarks on a dangerous path. 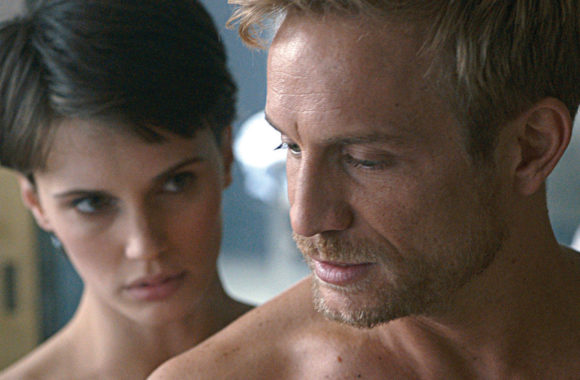 Honey, where are you putting your mobile phone exactly?!

Not content with having a film with twins in, Ozon makes things more difficult for himself by playing with the concept of the doppelganger a number of times with different characters. The notion of another self does get a little washed out however, with the use of a few graphic scenes, as well as a slightly unnecessary homage to Fifty Shades of naughtiness. But thinking about it, it probably wouldn’t be a French film without it.

There are some strong performances, particularly from Renier having to put in a double shift, but there’s no denying that Vacth is completely captivating and steals the show, as her character constantly crosses the line of morality.

It’s not one of Ozon’s finest pieces of work, but there’s enough here – some might say twice as much – to satisfy the average voyeur.