1/ Write a cracking screenplay that is both stark and brutal, and hold back on the pacing.

2/Cast iconic actors who some may describe, somewhat cruelly, as past their sell-by date.


His latest release happens to tick all of these boxes, as well as perhaps adding a few more of its own. 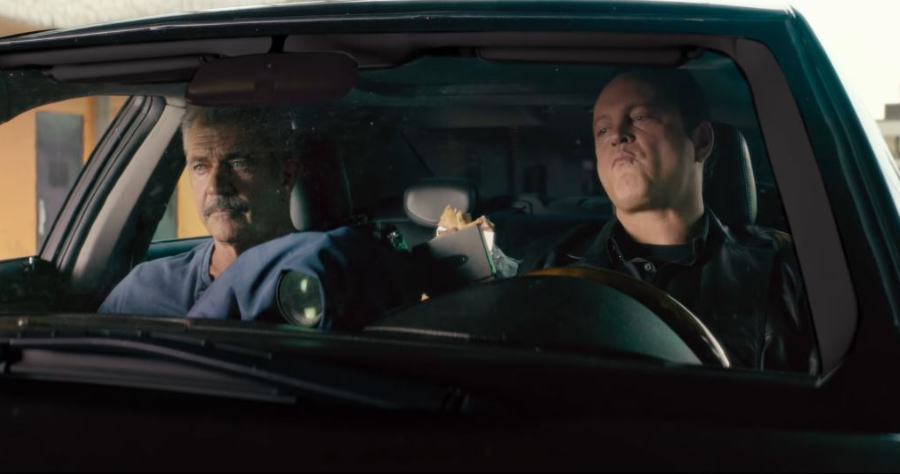 After a while in any job, you tend to do things your own way. Brett (Mel Gibson) has been a cop for a number of years now, and if he’s doing it by the book, it was one written forty years ago.

It’s this out-of-date mentality that gets himself and his partner Anthony (Vince Vaughn) in trouble. The kind of trouble that gets the pair of them a six month suspension from the force.

Brett takes this enforced time out to reflect on his career to date; as he fast approaches sixty he comes to the realisation that for the years he’s put in, he has very little to show for it.

Feeling unappreciated and badly paid, he decides to take matters into his own hands and plans to rob from the criminal element. And considering their line of work, he knows a number to choose from.

And although Anthony considers himself the brains of the operation, when he weighs up his limited options, he decides to sign up for the job too.

But even with the amount of experience the pair have in police work, you can never predict to 100% accuracy how a job will go down. They soon discover this to their cost, when they find that robbing from criminals on the other side of the law, is harder than you’d think. 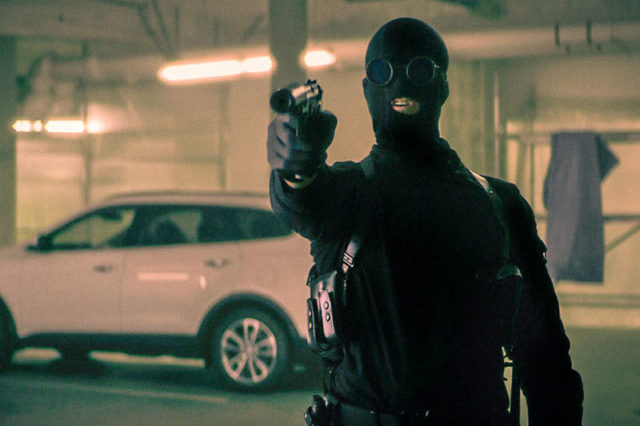 Now what was it you tweeted that my mom liked to do?!!!

Director and writer Zahler is a builder, and a slow one at that. He must be an editor’s worst nightmare to work with, as it’s doubtful he’s happy with someone else getting snippy with his work. Both his first two features came in over the two hour mark, and this here his third is his longest, crossing the finishing line as it does at nearly two hours forty.

And just like his these previous features, Zahler proves he’s not really a fan of pacing, which audiences certainly may feel a hell of a lot more this time around. He forces an audience to be patient, but with good reason, as he always rewards them for the wait.

Much like his Brawl in Cell Block 99, which, incidentally, also starred Vaughn, this film doesn’t really kick into gear until after the halfway mark. Up until this point, Zahler is just content to paint a more detailed picture regarding his two protagonists in the shape of Gibson and Vaughn. Some of his best dialogue for example can be found with his two leads sitting in a car, which they do often. Much of it, although seemingly banal, is there to flesh out his central characters; most is throw away fluff, but then suddenly he hits you with a home run, that can leave you breathless for a moment or two.

No wonder the likes of Gibson, and Vaughn (again) show keen to work for him, particularly when he gifts them with such impressive dialogue. Gibson may well have his demons, but he gives one of the best performances of his career here.

And yes Zahler may do things very much his way – rightly or wrongly – (for example, like not having a soundtrack as such, instead relying on ambient sounds, such as car radios, to supply music in a scene) but these are just signs of the director developing as both a filmmaker and auteur.

There may be times when audiences might feel a bit of a lull in proceedings, but these moments only strengthen the more brutal, ugly scenes that Zahler punctuates his films with. And this one is definitely no exception.

Zahler is making the kind of films that Tarantino would have possibly made after he quits. They are mature, well-written pieces that at some point throughout, slap you hard across the face without apology. It’s the kind of slap that cinema today so desperately needs.

In its skeleton form, Dragged Across Concrete is a buddy cop flick, with two cops, often on stakeouts, eating bad food and talking shit. But after Zahler has added all the intricate layers, the fully fleshed out version is something far more solid and substantial.

***Fancy winning a copy of this cracking title? Then you should enter our competition, for your chance to win a copy on Blu-ray. Click here to enter.***