Generally speaking, robbing a bank is a bad idea. Certainly the odds are against you pulling it off, with three out of four robbers eventually getting caught. One group of society who, more often than not, are less likely to get sucked into that 25% chance of getting away with it are women.

To back this up, the FBI stated that only 4.9% of all bank robberies that took place in 2002 were committed by females. That number has since risen, but maybe that could be just down to more smart women getting away with it.

This film harks back to simpler times, where obviously the stakes were still high, but unlike now, you were less likely to be taken out by a SWAT team, tracked by helicopter, or be foiled by the schoolboy error of opening up a bag of cash only to be sprayed by exploding dye packs. A time where there were more equal opportunities where robbing banks were concerned, making it more appealing to the smarter female thief. 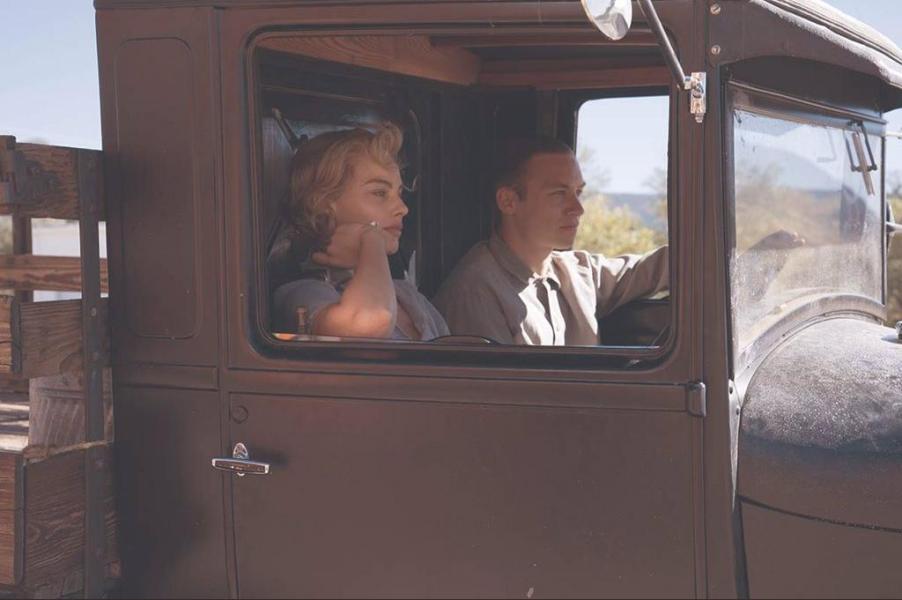 A small town in Texas, in the 1930’s, is struggling on two fronts: economic disaster and the weather. Eugene (Finn Cole) is a young man, living with his mother (Kerry Condon), step-father (Travis Fimmel) and half-sister Phoebe (Darby Camp), on some land that is being decimated by atrocious winds.

It’s a town where many of its population, many of whom are farmers, are struggling to survive. A rare thrill of excitement hits the streets when it’s announced that notorious bank thief and murderer Allison Wells (Margot Robbie), may well be in the vicinity, and that everyone should be on high alert. There’s also a reward of $10,000 on her head too, which comes as an attractive proposition to many in town.

With Eugene a fan of detective stories, he soon becomes fascinated by the prospect of having a notorious figure such as Wells possibly in the area. He too is attracted by the reward, which would make such a huge difference to his family, so decides to go out in search of her.

Luckily for him, he doesn’t have to go that far, and his path soon crosses that of an injured Wells. Eugene soon finds himself torn between turning her in, or helping this injured woman out, who may well be misjudged for her role in these crimes. 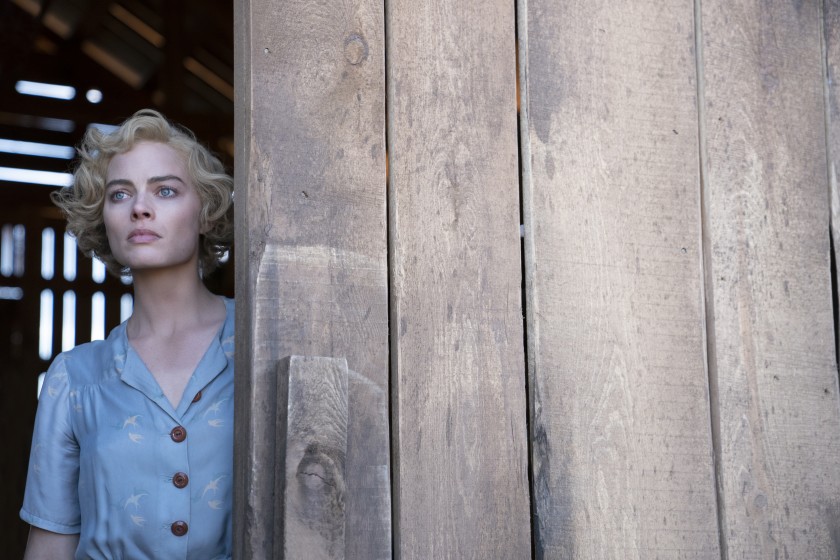 Nope, those weird Harley Quinn fanboys are still there. Sigh...

It’s difficult to not mention US director Miles Joris-Peyrafitte’s second feature without mentioning Bonnie Parker and her criminal sidekick Clyde Barrow, AKA Bonnie and Clyde; not only do both feature two strong women with a penchant for robbing banks, but also at the same time in history. The one major difference being that Robbie’s character here is fictional. Still, this film could easily be interpreted as a kind of origins tale for Bonnie and Clyde.

Joris-Peyrafitte certainly indulges in some experimenting here has a young director; it is a dry, arid landscape that there’s simply no getting away from, so much so that you may feel the need to dust yourself down at the end of it. Although atmospheric and scene setting, it could be a little beige throughout for some tastes.

He plays around with the camera quite a bit too, with a surprising amount of steadicam shots that follow characters around, instead of just cutting from one place to the next.

There’s one scene in particular however, in the shower no less, where the director is both brave and bold in his shot choices, making for an intriguing and elegant scene. It’s the type of scene that will no doubt get film students giddy as they dissect its meaning shot-by-shot in class.

It certainly impresses visually, only to be let down by a weakish script. It’s Nicolaas Zwart’s debut script, and it shows, as you can see his ambitions, but sadly also where it falls short. Dialogue is on the flat side, and none of the relationships are developed satisfactorily, with no real weight or meaning behind what’s being said. Much like its setting then, it’s all rather dry.

Brit Cole (brother of fellow Peaky Blinders star Joe) proves to be yet another British actor knocking it of the park in a US feature, with his warm and appealing take on the naive youngster.

It’s Robbie though who steals the show as well as the money however, with her sensual yet subtle performance. She could have easily ramped it up and made it all about her, but she is extremely giving here, by not letting Cole get lost in her shadow, showing great restraint and generosity. The young Evans should also be mentioned, with a sterling performance that belies her years.

All in all, Joris-Peyrafitte gets more wrong than right, and despite a slow start the film grows in strength for a thrilling and emotional finale, making the young director certainly one to keep an eye out for in the future. Robbie certainly agrees, as she is rumoured to be starring in his next film as Tank Girl, based on the British comic. And with what he has delivered here, that could once again make for a fascinating dream team.