Ahead of its time - that’s the perfect description for the DMC DeLorean car. It became a screen icon in 1985’s Back to the Future, but by which time, it had failed commercially upon its release in 1981.

This film by British director Nick Hamm, tells the extraordinary story of a bizarre drugs deal, which featured none other than John DeLorean, during his attempt to get his futuristic car on the road, never mind flying over them. 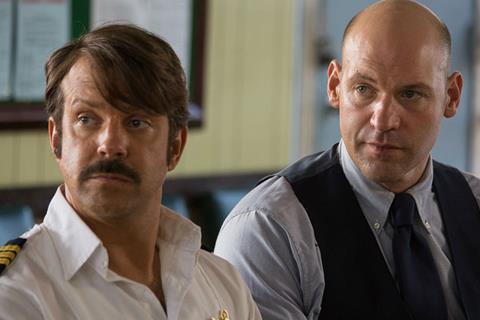 Ok the one on the left gets through to the next round of auditions for The Village People tour.

Jim Hoffman (Jason Sudeikis) is a well-meaning man who is doing his best to look after his family. Unfortunately, he’s not a great judge of character, as he and his family are stopped by the FBI after landing the plane he just flew back from Bolivia.

Unbeknownst to him, a large amount of drugs are discovered on board, and the FBI don’t buy his Mr Innocent act. This is how he finds himself relocated with his family, and now working as an informant for the FBI.

Luckily for him and his family, they’re moved to a rather affluent area. One day, one of their neighbours comes over and ends up helping Jim with their car. It turns out he knows a thing or two about automotives, particularly Jim’s one as he actually designed it. It’s then that the penny drops for Jim; his neighbour is none other than John DeLorean (Lee Pace).

It’s not long before John is letting Jim in on his latest design that he’s financing to make himself. Although Jim is now shocked to have the one and only John DeLorean as a friend, he soon somehow finds himself further embroiled in FBI matters, putting a further strain on his relationships with his nearest and dearest. 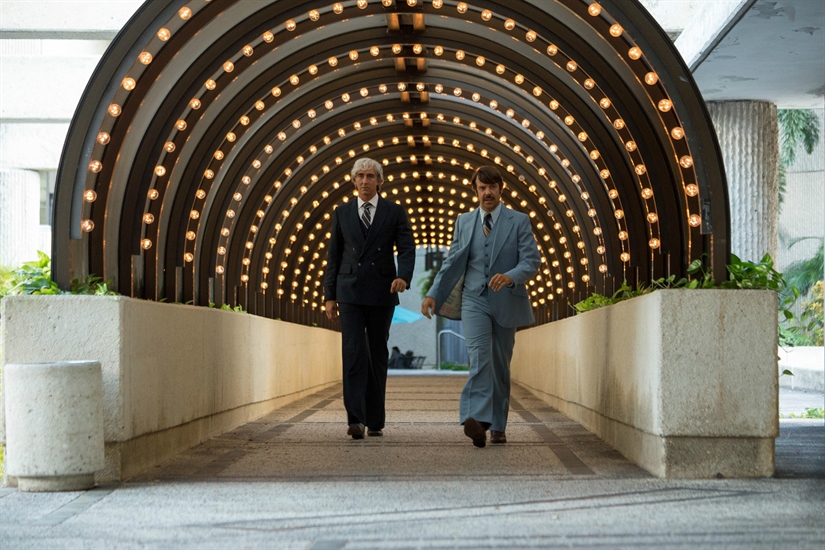 You know this tunnel could really do with a travelator.

With the name DeLorean now synonymous with flux capacitors and the like, Hamm’s film highlights a fascinating period in the history of the man behind the car. His representation of factual events is remarkably whimsical, giving it the air of a quirky comedy, which it is, essentially.

It features a great turn by Sudeikis, who still manages to keep his comedic credentials intact, but also manages to give an extra layer of warmth and compassion to the role.

It’s probably his character however, that poses the more problems for Hamm; the film seems a little confused as to whether it’s about Hoffman’s life, or his relationship with the DeLorean. The result is a curious mix of both, with neither quite feeling that they fully work out.

Occasionally there’s the impression that the film would have benefitted from being told from DeLorean’s perspective, played here by Pace with an almost mystical bent, with Hoffman as an intriguing side character.

There’s no denying it’s a curious story however, that is undoubtedly compelling, that only strengthens the adage that fact really can be stranger than fiction.

It also highlights how having a creative mind can drive a person to extraordinary lengths to realise their vision.