There’s something truly disturbing about a film that features dental work; if any of you have seen Marathon Man then you’ll completely understand.

It’s time then to prepare for another, which may not go the full “is it safe?” route, but is just as haunting in its own way. 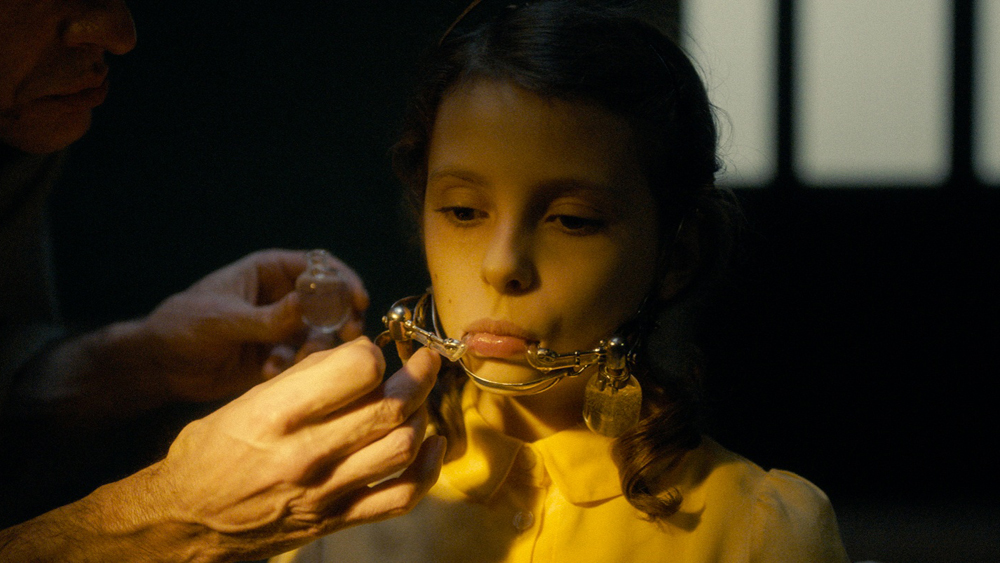 Trust me, after wearing this for around 30 years, your teeth will be almost perfect!

Living in a dark and dingy house is young Mia (Romane Hemelaers). It is a house she’s more than familiar with, as she has yet to ever venture outside in her lifetime. She’s not alone however, as Albert (Paul Hilton) lives with her too; he’s there to also maintain her dental work, teeth made of ice.

Paul gets regular phone calls, enquiring to Mia’s well being, until one day, the call requests that he prepare her for leaving and going into the outside world. From this point on, Paul’s life is thrown into disarray, as his time with young Mia appears to be soon coming to an end. 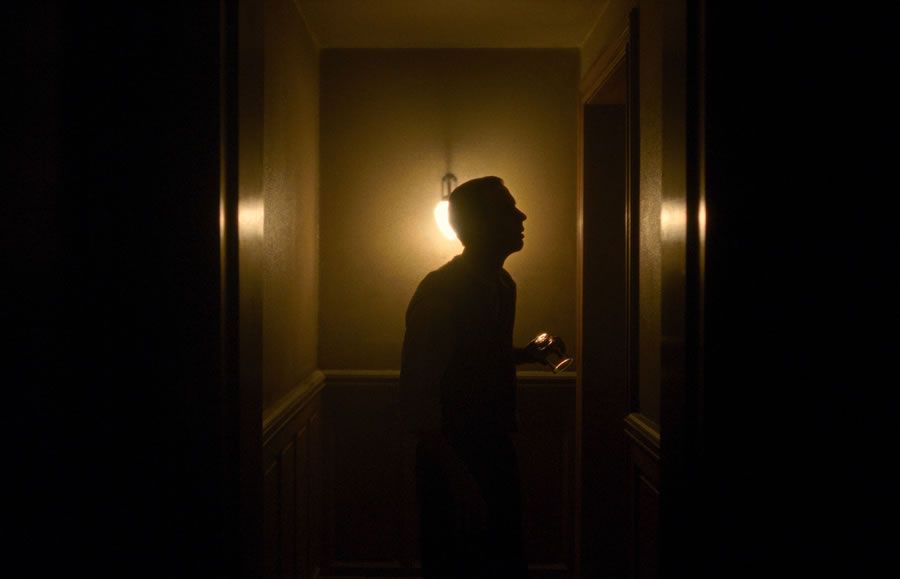 With energy bills going through the roof, I can only afford to keep the one light on.

This feature by French writer and director Lucile Hadzihalilovic is quite a difficult watch, for a number of reasons.

It is a film that is rich with darkness – physically and tonally. Its colour palate is mainly dark browns and washed out yellows, and a place so dark that even daylight fears to enter.

It’s also a little light on dialogue; there’s none at all for the first twenty minutes or so, and there can only be a few pages of it thereafter. And with the pacing fairly sluggish as it is, it may well struggle holding your attention.

Hadzihalovic embraces a stillness throughout, from the cinematography, to the acting, and the overall feel of the film overall. Although it has an impressive atmospheric feel, its lack of drive and energy is a problem.

The characters themselves have their issues too; Mia is mute throughout, and comes across as almost a remote controlled doll, with no way of knowing how she feels about the predicament she’s in.

And then there’s Paul, who is far from likeable. This is made worse by the fact that when he features in a scene where he commits a violent act, there are no consequences to his actions, initially at least. Perhaps it’s set in a completely lawless land, but it does feel jarring that nothing was done.

And as far as the story is concerned, it offers more questions than it answers, so much so that by halfway through, there’s every chance that you’ll wave the white flag and surrender. It all trundles along at a very slow pace, adamant that it has no intention of letting the audience in on what the hell is actually going on. Sure, sometimes ambiguity can be intriguing, but too much of it and there’s a chance to completely flummox those watching it. And isolating an audience is never a good thing.

It’s frustrating as the film manages to tease some promising elements, but sadly never expands on them to a satisfying conclusion. A curious premise then, but somewhat ironically, trying to get to the root of the story is like pulling teeth.