With a yearly release of what is essentially the same game, it’s no surprise that developers try and tweak the formula to justify the on-going expense to us gamers. But we’re not sure how big a help it is to simply add the letter ‘e’ to the games title.

But Konami must have seen it as a moment of brilliance - possibly seeing the 'e' list before FIFA in an attempt to get ahead of the game - because that’s exactly what they have done with their latest addition to the Pro Evolution Soccer franchise.

Despite the spruced up moniker, much of this version of PES is eerily familiar. MyClub, Master League and Become a Legend are very much all present and correct. If you were a fan of, well, any previous iteration, then there’s a very good chance that you will find them quite acceptable here.

The interface as a whole isn’t as clunky, but it’s still unmistakeably PES, for better, or to be completely honest, mostly worse. It resembles an interface for blind people, relying on the sense of touch to navigate around it, and should really be nicknamed PES Braille – and no, they don’t play in the lower French league. The irony is of course, that if you are playing this video game, then the power of sight should not be an issue. Tastes in football games, it could be argued, may well be on the questionable side however.

But we refuse to turn this into yet another PES bashing session. The infuriating thing is, the engine for the game itself is a thing of beauty. Ignoring all the elements around it, from kick-off to the final whistle, there is a compelling game of footie to be had. 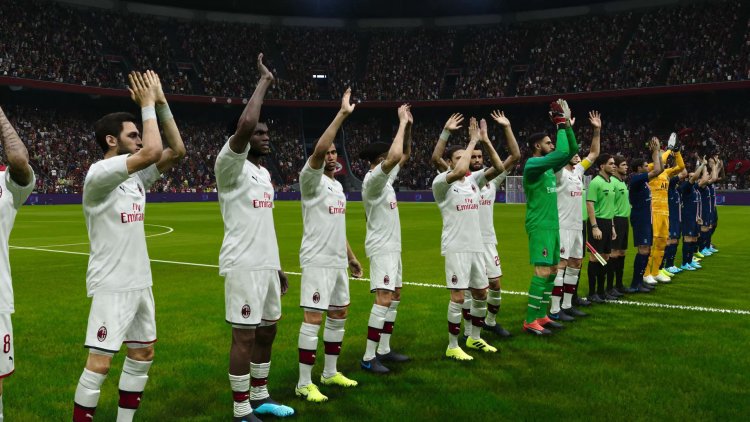 Thanking you for the shed loads of cash, couldn't have it without you all!

It certainly hasn’t looked better; from the overhead shots of the stadia and the supporters inside, to the light on the pitch with players moving around with a fluid elegance. And whatever standard game setting it has, is certainly challenging. Where you could easily get a score well into double digits with its more popular competitor, PES makes you work for a result, without it ever feeling taxing. So when you do manage to walk back through the tunnel with a win, it’s wholly satisfying.

The camera effects are particularly engaging, with the TV camera mode being surprisingly pleasing, with the gentle zooming in and out of the action at various times.

The pace of the game is just that little more appealing too; it’s not a sim by any stretch of the imagination, which allows for some frantic passing. And it still delivers a truly beautiful bend to a ball with a cross field pass, that is a joy to behold.

So whilst your running up and down the pitch, PES 2020 undoubtedly holds its own. It’s all that other stuff off the pitch that lets the side down.

After all these years, we appreciate how difficult it must be for any developer to be brave enough to offer up an alternative footie game, consider the stranglehold EA has on all the relevant licenses. It means you don’t have access to the big names, clubs or even competitions. But when you consider that one of the greatest racing games ever is Mario Kart and not a Formula One title, there are clearly ways around it to deliver a similar gaming experience.

Still one of the most unforgivable elements of this franchise is the inability to buy specific players for your clubs. Sure it helps if they were the real deal, but they don’t necessarily have to be. But the fact you can’t look at the stats of a centre forward of your choice, and buy them if you want, is a major travesty. Where else can you enter into a financial transaction with absolutely no idea who you’ll get in return? Oh that’s right, football world cup stickers, and what a swizz they are.

And to add insult to injury, part of their ‘re-vamp’ has been to remove a classic element of PES - the ball carousel that prompted the reveal of a random player you’ve just bought. How very dare they?! 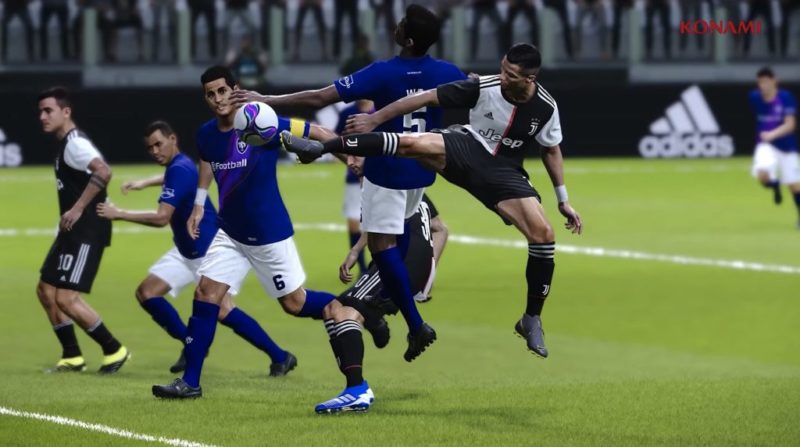 Gamers were unimpressed with the introduction of aerobic football mode.

And although its online content is pretty comprehensive, it doesn’t really warrant a name change. We personally don’t play football titles online, just for the simple fact that they appear to attract the biggest gaming dicks on the planet, who get such LOLS from putting the game constantly on pause, and doing their very best to make it a disruptive experience. So with a weak offline mode, PES continues to fail to win over any new fans in this area.

It’s becoming more and obvious, as the years roll by, of the differences between PES and FIFA. The main one to identify is thus: FIFA, with all its knobs and whistles, is a title you can sit down and lose yourself in over a number of hours, without even knowing you’ve done so; PES is at its best for dipping in and out of, offering an intense blast of the beautiful game at its best – and yes, we’d say that one-on-one, PES offers a slightly better on pitch, in-game experience.

And with FIFA replacing The Journey – the game’s successful version of story mode – with a dull kick-about in a car park (AKA Volta) , maybe PES is even closer than they’re willing to believe.

The truth is, if you’re a die-hard FIFA fan, it’s unlikely PES is for you. But if you’ve played it before, this iteration, from just an on-pitch perspective at least scores highly, making it the best version yet.