Crime doesn’t pay. Well, that’s what they want us to believe, but it isn’t exactly true. The full saying should be ‘crime doesn’t pay – if you don’t get away with it’; and here’s the thing, plenty do.

Everyone from that Nigerian prince who emails you with a unique business opportunity, to global corporations and governments, are all making money, and mostly at our expense.

This film then embraces the motto ‘if you can’t beat them, join them’ as it follows someone who can’t seem to get a break being lured into a lucrative world of crime. 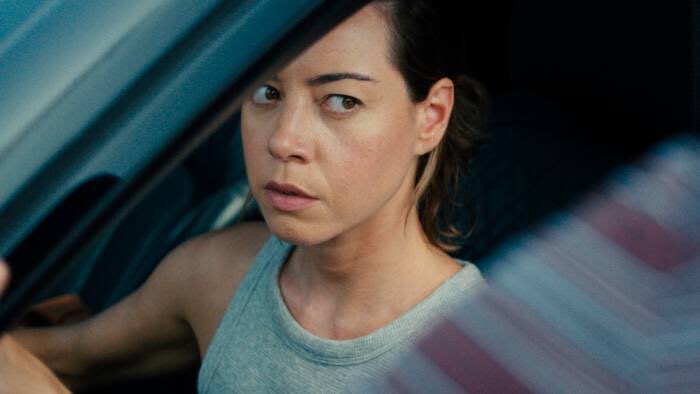 Now they better be getting this hardcore side eye I'm giving.

Working for a food delivery service is Emily (Aubrey Plaza). It’s not her ideal job, but as she has minor convictions, she’s still finding a lot of employers holding it against her when it comes to hiring her.

It doesn’t help that she’s up to her eyeballs in debt too, as she’s still struggling to pay off her student debts.

She does someone a favour at work by taking his shift, and he gives her a number in return; it’s for a job that pays $200 an hour.

She’s more than a little intrigued so texts it and gets details about where to turn up.

It transpires that the position is for a dummy shopper, which is far from legal, but the rewards are high. After some consideration, Emily decides that it’s a hellava lot of cash, and it wouldn’t do any harm to do it just once, would it? 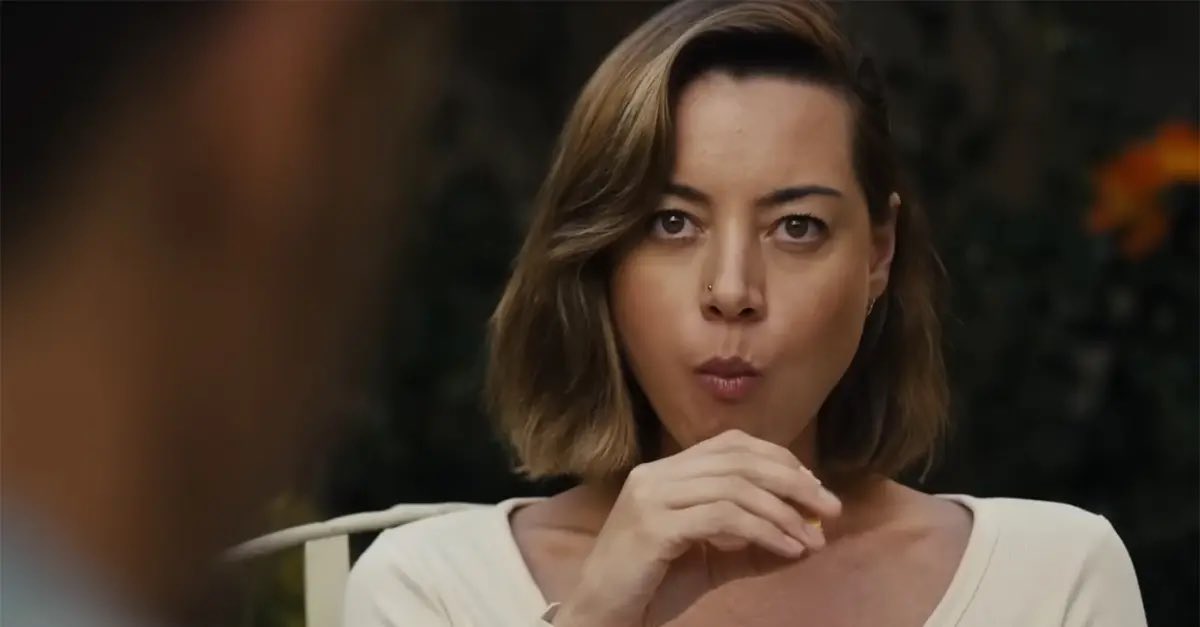 I think I've had worse things in my mouth...or have I?!

This debut from writer director John Patton Ford presents the acceptable kind of crime, with it being victimless, and only those with money already taking a hit. It’s a perfect set up then to keep an audience on side with its protagonist, as no one is getting hurt in the process.

It’s a film with a well worn theme of seeing how far an individual will go once they get the taste for it. And Plaza, despite her undeniably funny bones, makes the perfect everywoman, as she feels almost forced into making these decisions by her unfortunate circumstances.

If you haven’t noticed already, Plaza is an actress who makes good use of her eyes, especially here, with both accounting for at least 70% of dramatic responses to her on-going scenario. Want to know what her character is thinking? That’s right, just watch her eyes.

With a fair backlog of quirky roles under her belt, it’s good to see her get to grips with something more dramatic, and much like her character on the criminal front, pull it off.

She is ably supported by the enigmatic Theo Rossi, who delivers the perfect charming rogue. If you’re going to commit a crime you would do it too for his Youcef.

Ford impresses with his low budget debut, with a film less interested in the world of crime itself, but more those who are sucked into it. He even gets an appearance by Gina Gershon in full bitch mode, which is also a big win.

As a breakout role from the more comedic roles, it’s an assured move by Plaza in a dramatic direction, that fans of her previous work are likely to lap up; and let’s face it, it would be criminal not to.