If ever there was a staple gift to give which requires little to no thought, it’s the humble candle. If you’re given one as a present you’re fully aware of the lack of effort made by the giver, but a scented candle always comes in handy.

It’s no wonder then that in 2020 the global market for scented candles was valued at $533.5 million, that’s a whole lot of Amber and Vanilla Blossom. Let’s not forget that some of that impressive value comes from Gwyneth Paltrow selling a candle from her Goop range called “This Smells like My Vagina” at £70 a pop, which isn’t to be sniffed at. Or maybe it is.

Jumping in the candle bandwagon then is Disney, with their latest animation, featuring a candle with magical powers. 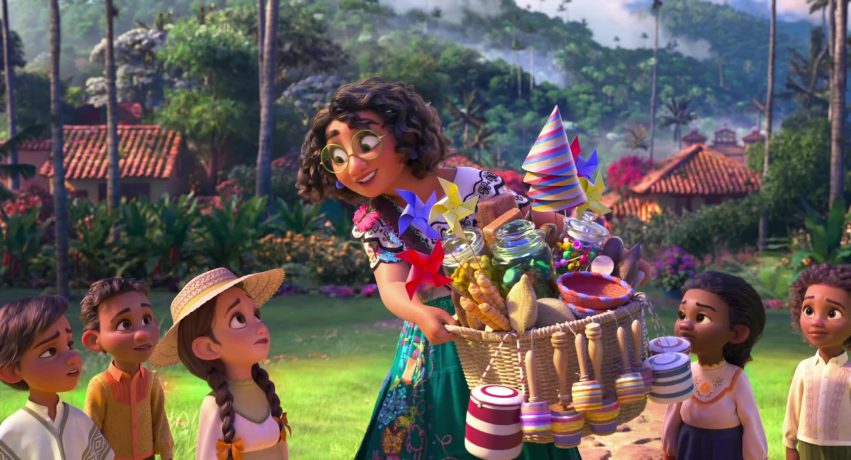 Oh no young child, none of this is for sharing, it's all mine I tell you.

Fifty years ago, Alma Madrigal (Maria Cecilia Botero) found herself and her three babies on the run in her homeland of Columbia, as they are targeted by civil unrest. Her husband didn’t make it, but thanks to a magic candle that created a safe haven, they managed to survive.

This haven, fifty years later, was still looking after not only her immediate family, including her grand-child Mirabel (Stephanie Beatriz), but also the surrounding town folk. Somehow the candle had bestowed magical gifts on all the Madrigal family, except one: Mirabel.

Although she had learned to accept it over time, it was difficult to fully comprehend why when her sisters were displaying their awesome powers on a daily basis.

Mirabel starts to discover that not everything is as it seems however, when cracks start to appear, literally, in the family home, and the magic that had held their and the community together for so long, starts to wane. But why? 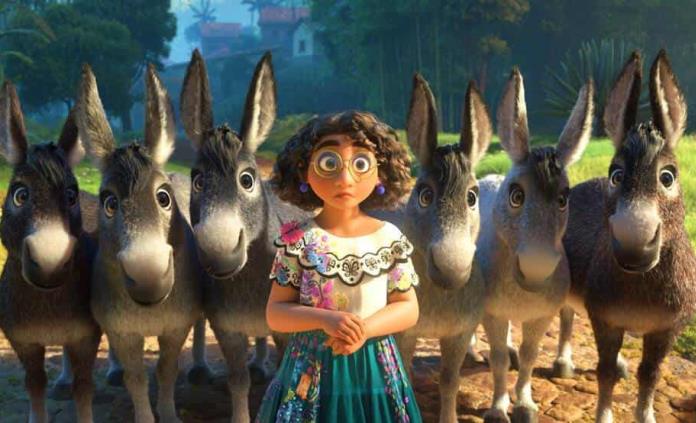 Erm, apparently they're here to discuss the terms for another Shrek film...

Despite its bright and breezy demeanour, Encanto has more than a whiff of desperation about it, as it comes across as a film that sees Disney clearly running out of ideas. You know a film is in trouble when there’s a veritable list of writers attributed to its story, with no less than six being credited here. And yes, it appears that the best a room full of the finest Disney writers could come up with was a magical candle.

The candle isn’t even the problem, as it barely even features in the film; it’s the poorly structured narrative that makes no sense at all. At one point the main protagonist Mirabel announces that she is tasked with ‘saving the miracle’, whatever that means; even when she says it, she doesn’t sound wholly convinced herself. It’s such a woolly concept, one that is truly difficult to follow. It’s probably why the film was made a musical so that they could dump yet another number in just to distract the audience from the befuddled plot.

It’s a shame they didn’t put nearly as much thought into the story as they did the latest Disney princess, who will no doubt become iconic for an often overlooked minority; not for her darker skin tone, or her curly black hair, but for the fact that she wears glasses. Still that said, it didn’t help her see this poorly conceived story coming.

At least the animation is beautiful, with a vibrant, colourful palette on show throughout. And the songs are adequate, but nothing more than that. But with a story that is both contrived and convoluted, that is ironically, lacking the usual standard Disney magic, Encanto simply can’t hold a candle to classic Disney animation.