Someone clearly happy with his Amazon Prime service is Riz Ahmed; this feature is the second the British actor has done for Amazon Studio’s, after 2019’s Sound of Metal, which he picked up an Oscar nomination for.

No doubt it has other perks, such as same day script delivery as well as a lifetime subscription to Prime Video, which isn’t to be sniffed at.

In return, he gives, once again, a superb account of himself in this intriguing drama. 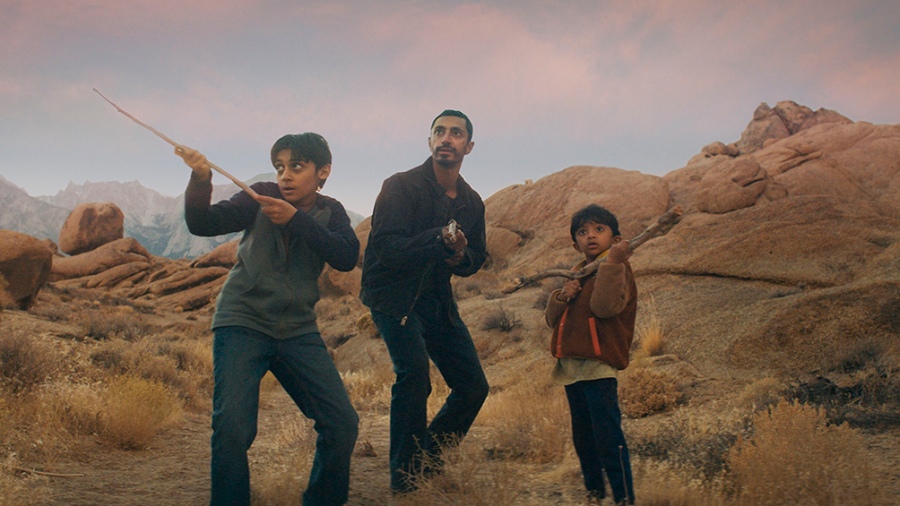 US marine Malik (Ahmed) hasn’t seen his two sons Jay (Lucian-River Chauhan) and Bobby (Aditya Geddada) for a couple of years, so it’s a surprise to them when he shows up in the middle of the night to pick them up for what he describes as a road trip.

And yes, a road trip is on the cards, but his reason for picking them up now is down to a possible alien invasion, that’s already begun.

But as you would expect, the US government don’t see it like that, instead concerned that the marine might actually want to do his family harm. But are his two sons in imminent danger or is an alien invasion really under way? 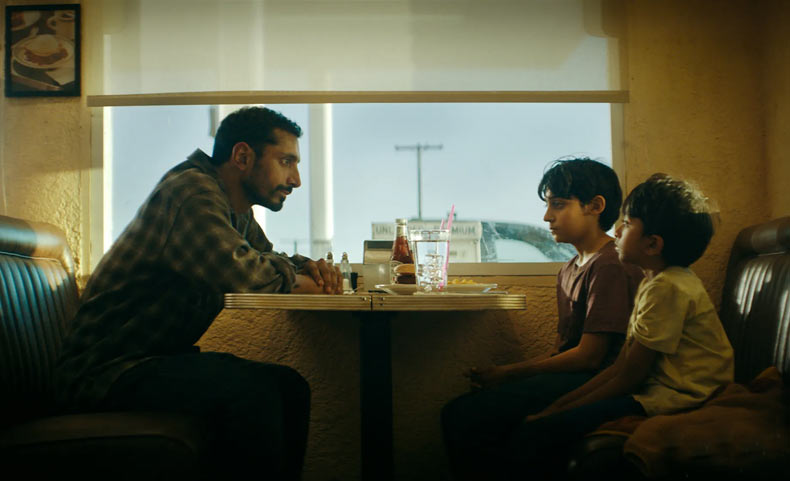 Now becasue of you two slow coaches,they're not serving the breakfast menu anymore. So no pancakes after all.

Encounter is a film of two halves; the first definitely leads the audience in one direction, only to evolve into something completely different for the second half. The glue holding them together is Ahmed and his impressive onscreen relationship with his two young co-stars. The transition could have been obvious and yet they manage to make it both seamless and believable.

Kudos for Ahmed for putting himself in that tricky position of working with children in the first place, who, let’s face it, have the habit of stealing the show. And of course they do here too, with both young actors giving sublime performances, which only goes to show how generous Ahmed is.

Some may be disappointed that the ultimate direction the film takes, which is far more social fact than science fiction, but director and co-writer Michael Pearce does well in allowing his main story to evolve organically.

Much like the main characters, audiences go on a captivating journey that ends with a thrilling finale. It’s certainly pleasing to see a mainstream film so unconventional in its approach to storytelling. And much like his employers, Ahmed once again delivers the goods.