The resident of 221b Baker St, London, also happens to be one of the most enduring characters in film and television history. If ever you needed a crime solved, then undoubtedly Sherlock Holmes is your man.

In 2006 American author Nancy Springer decided to extend the Holmes family tree, with Sherlock and his elder brother Mycroft being joined by a teenage sister, Enola, with Springer’s young adult series The Enola Holmes Mysteries.

Here the young detective makes her big screen debut, in a bid to solve some mysteries of her own. 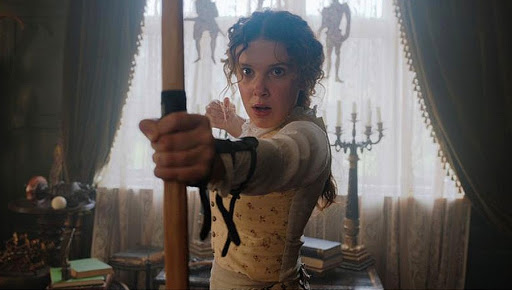 Bullseye, and you win bully's special prize - a power boat!

Although her siblings have long since moved out, Enola Holmes (Millie Bobbie Brown) is more than happy with living in a big house in the country with her mother (Helena Bonham Carter).

She doesn’t even have go to school, as her mother is more than equipped to handle every aspect of her education.

On her sixteenth birthday however, Enola gets an unwanted surprise; as she looks forward to opening her presents, it dawns on her that her mother is nowhere to be found. Having a fairly sharp-mind, she manages to deduce that there is no sign of foul play, which only makes her feel worse knowing that her mother has left under her own volition. The question is however, why?

Despite her own brother having a bit of a reputation for solving mysteries, being as he is the great detective Sherlock Holmes (Henry Cavill), she believes that her mother had taught her well enough to solve this mystery alone.

Although initially put out somewhat by this inconvenience, Enola soon comes to the conclusion that she can handle both cases, she is a Holmes after all. Despite her enthusiasm and passion, the tasks at hand that present themselves soon prove to be far from elementary to solve. 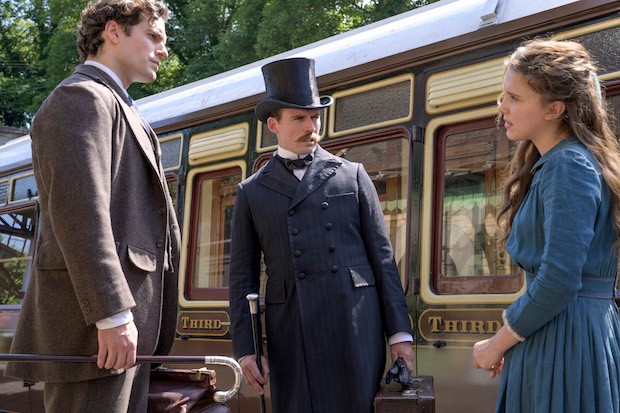 I think what you gentlemen are struggling with is that you're my bitches now.

As spin-off concepts go, this appears to be an easy one to get behind. It’s certainly made a whole lot easier with Brown’s participation. With four seasons of playing Eleven in Stranger Things under her belt, this role is the perfect starring vehicle to kick start her big screen career.

Brown is enthusiastic and charming throughout, embracing the adventurous nature of the titular character. She’s also helped by the fact that both the roles of Cavil and Sam Claflin (who plays older bro Mycroft) have been wisely filtered down to a faint whiff of dullness, so as to not steal Enola’s limelight.

The film isn’t without its frustrations however, most of which are due to its British director Harry Bradbeer. Although Bradbeer has cut his teeth directing a number of British TV shows, including The Bill, No Angels and possibly the most telling, the second series of Fleabag, he does come across as slightly out of his depth with this feature.

He certainly has issues on the pacing front, with the film struggling to justify its two hour running time. There is on scene in particular, that features Cavill without Brown, that not only appears to be the longest in the film, but also completely superfluous to requirements. It’s a tad self indulgent, and it’s not alone, with a number of irritating and unnecessary flashback shots littering the space, that also slow proceedings down.

The fact that he also has Enola breaking the fourth wall and talking to the audience, a la Fleabag, doesn’t entirely sit comfortably as a device either.

And although screenwriter Jack Thorne can usually be depended upon to deliver the goods, the story and its narrative aren’t the best examples of his work to date, feeling quite choppy in places.

The premise and Brown’s sterling performance however, make for an entertaining adventure, and certainly lead to Enola Holmes as a possible franchise, worthy of further investigation.