Thanks to the phenomenal success of Stranger Things, Millie Bobbie Brown is possibly on the very pleasing career trajectory of becoming a household name.

Somehow the British actress already comes across as an old hand at this acting lark, at the tender age of 18. That’s what comes with starring in a huge Netflix hit at the age of 12 – playing Eleven - for you.

And as working with Netflix has worked out so good for her thus far, she returns to them, and to playing Enola Holmes once again in this fun sequel. 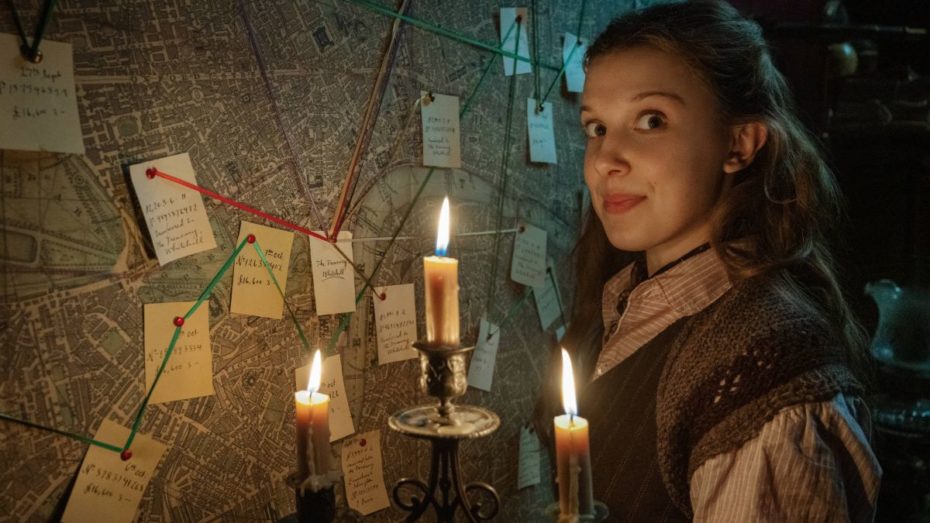 So as you can see, my plan for all out world domination is going rather well.

Having solved her one and only case thus far, Enola (Brown) has already decided she’s done enough to start her own detective agency. The problem is, her lack of experience seems to be putting potential clients off, as well as the fact that they’re all keen to see if her older brother Sherlock (Henry Cavill) is free to take them on instead.

Just as she feels like the agency is a bad idea after all, a young girl approaches her with a request to find her missing sister.

Meanwhile, big bro is working on a case of his own, that somewhat unbelievably, appears to be getting the better of him.

Can Enola do something that her brother appears to be struggling with and solve her case? 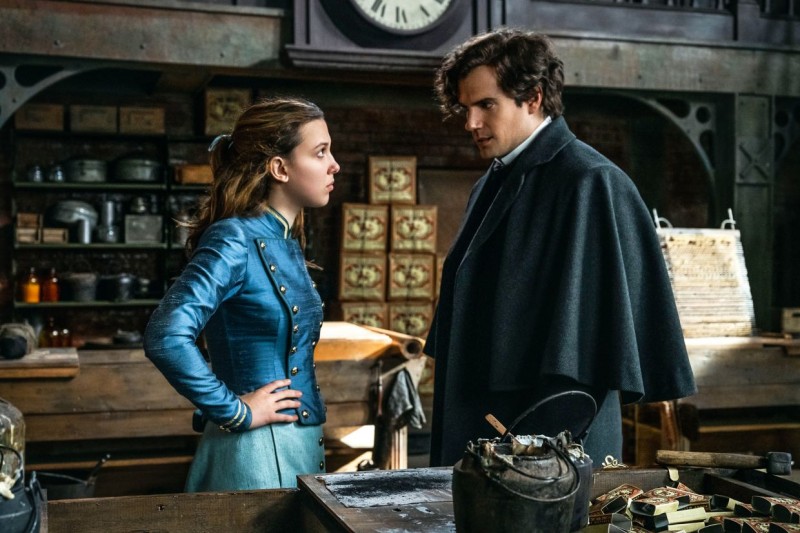 So I have a thing for playing characters with capes, deal with it.

The notion of Sherlock having a younger, spunky sister is a great one, with author Nancy Springer making good use of it with her book series for young adults The Enola Holmes Mysteries.

This sequel certainly builds on the promise of the first, that didn’t entirely deliver in terms of story.

It cleverly fuses the latest case for Enola with a real event, that of the poor conditions of a matchmaking factory in London.

There’s more of an emotive pull this time too, in two directions, with the development of the relationship with her brother, as well as the return of love interest Tewkesbury, played by Louis Partridge.

It may well have an old fashioned sensibility about it, but it doesn’t prevent it from being a wonderfully entertaining romp.

And Brown is seemingly having a blast in the role too, particularly with her knowing quips to the audience, addressing the fourth wall as she regularly does.

David Thewlis is also a welcome addition to the cast, with an almost panto-esque villain turn.

It’s the perfect sequel in that it improves in nearly every aspect on the first, with some sharp dialogue and character interplay and some exciting action scenes, as well as setting out the ground work for further sequels if it takes their fancy.

You can also see that confidence growing in Brown, with an elementary understanding of the business and her art, which hints at the fact that she may well be more of a considerable creative force in years to come.