Acting can be a funny old business; one minute you’ve got the camera trained on you at the Oscars as a nominee in the Best Actress category for your starring role in Guillermo del Toro’s Oscar-winning The Shape of Water, the next you’re filming a low-budget drama in a rundown part of Wales. So is the life of acclaimed British actress Sally Hawkins.

She teams up with her fellow Submarine cast member Craig Roberts, on what is now his second feature that he’s both written and directed, in what is arguably her finest role. 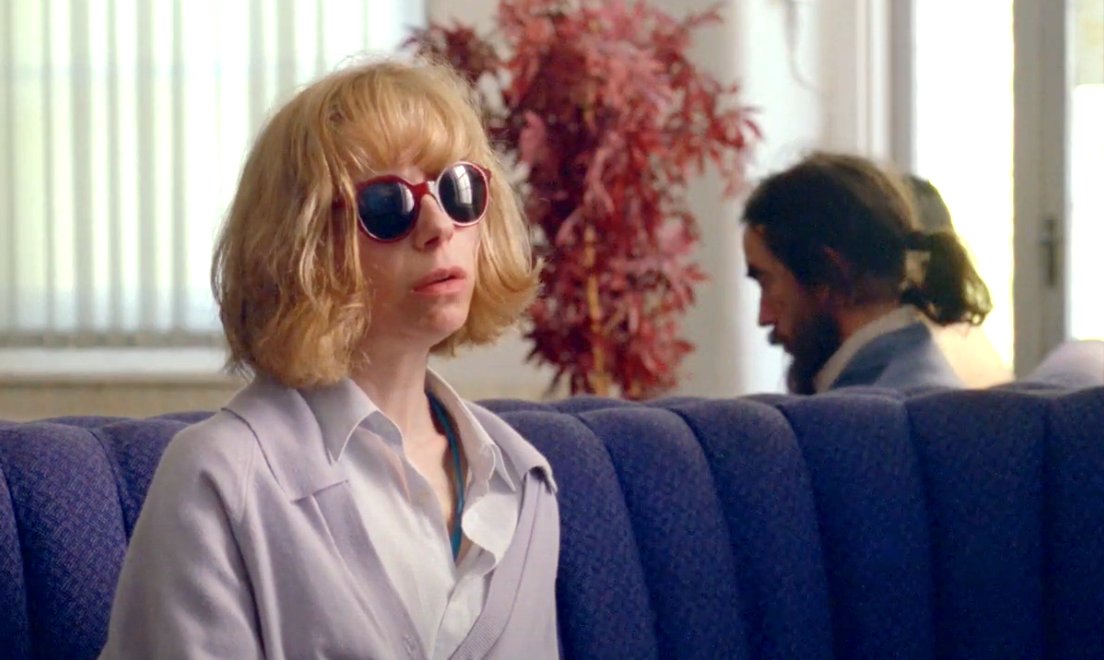 Now I think binge-watching every episode of Game of Thrones last night was a mistake.

Family is so important when your suffering from a mental illness, so it’s no wonder that Jane (Sally Hawkins) feels such a disconnect with her self-absorbed family.

Her doctor isn’t proving to be particularly helpful, especially when he prescribes her further medication for depression.

With no one in her life really paying attention to her, it’s no wonder that she starts to take in what the voices in her head are saying.

And then she meets an old friend, Mike (David Thewlis), in a doctor’s waiting room no less, who offers her something that no doctors have yet done – hope. 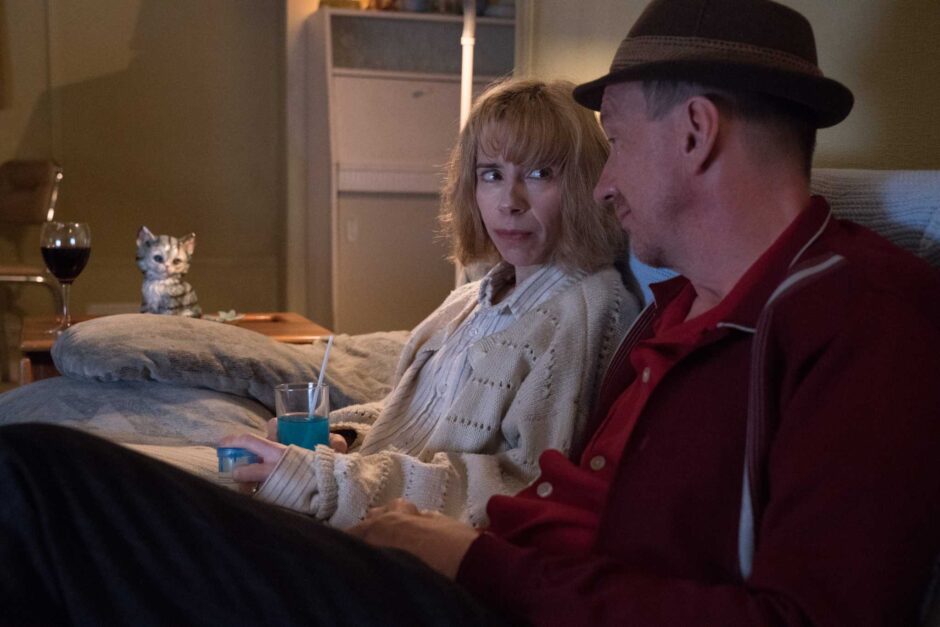 I've seen that look they give each other before. Sigh.

There’s a tangible quirkiness to Robert’s second feature; at times it comes across as a weird hybrid of Forrest Gump and an episode of The Undateables. It also makes the audience a little uneasy, as Jane is clearly the victim of severe mental health issues, with a form of schizophrenia that developed in her teens as a result of some despicable behaviour by her family, it’s difficult, initially at least, to determine if we’re laughing at her or with her.

This quickly passes, thankfully, as Jane’s personality develops further, and it soon becomes clear as crystal that we’re all very much on her side. Due to this emotional bond, what follows is somewhat of a rollercoaster ride, as this is far from your usual rom-com fare.

What soon becomes apparent is how phenomenal Hawkins is, whose performance of a vulnerable woman is truly mesmerising.

What else is also evident is the impressive strides Roberts is making as a writer/director. Perhaps he spent too much time around his Submarine director Richard Ayoade, as his film shares a similar lo-fi, quietly cerebral quality to it, but that's more of a compliment than detrimental to the film. It’s the type of film that always has you on the back foot, never really anticipating what’s ahead. You can certainly see the young triple threat growing in confidence on the writing and directing front, which only makes him a talented prospect for future projects.

It’s a film riddled with light and dark, humour and heartbreak, a twisted kitchen sink drama of its generation.

It’s a remarkable film, on many levels, but one that will mostly remembered for Sally Hawkins, who is simply stunning.