There is an urban myth, often attributed as fact, that human beings only use ten per cent of their brains. This is complete twaddle as we actually use far more than that, unless you’re the current President of the US of A that is, where 10% is highly optimistic.

Gamers generally are forced to think, and that’s not just trying to come to terms with their mums hooked on Candy Crush. Probably the one element of a game that gets the old grey matter working into overtime more than any other is the puzzle section. So the puzzle genre itself can be quite the mental workout, just ask Dr Kawashima.

Etherborn is an all-out puzzler that does its best to hurt your head to the point where it feels it just might explode. 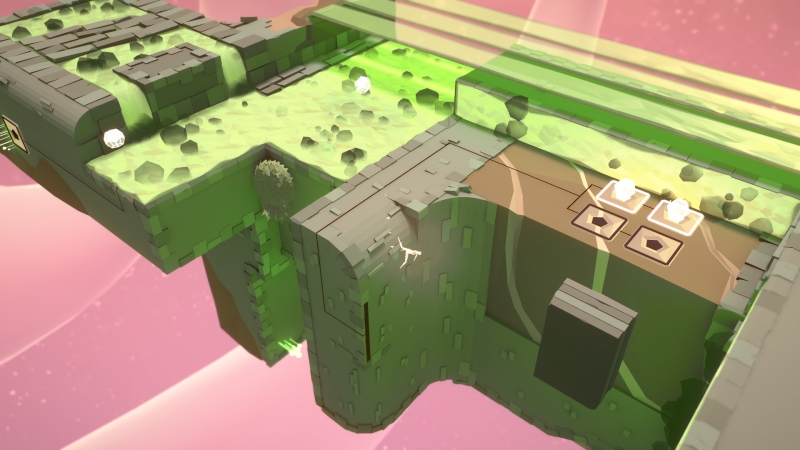 I only popped out for a pint of milk, think I took a wrong turn...

On the surface, it appears quite a tranquil title. You play a character who is literally transparent, with what appears to be a few trees and their roots instead of organs, on display. Your mission is simple: collect the crystals, place them down on an appropriate holder and move on to the next level.

With no enemies shooting at you, or spinning blades hurtling through the floors towards you, how difficult can it be? One word – very.

As you walk through the very picturesque world, which floats pleasingly in the air, you will notice that it has sides, like a cube. Where there is a curve, you can follow it, which can lead you to another side. Curves can also go upwards, like up a wall, which will again flip your perspective. Whichever plane you happen to be on however, will react to gravity accordingly. This means that if you now walk off a side of the world that has nothing underneath it, you will fall to your death. This is a scenario that you will soon get used to however, as it will happen. A lot. There are no lives to lose however, or time limit, so you can essentially be caught up in your own groundhog day, dying and coming back, over and over.

Once you’ve found a crystal, you simply pick it up and place it in the right spot, which more than likely, will be elsewhere. The chances are there will also be more than one to be collected and placed within the world, which is where it gets tricky.

You know a game hates you when there’s no tutorial and the learning curve is a straight line up that never ends. Which is absurd when you think that all your character can do is move and jump. 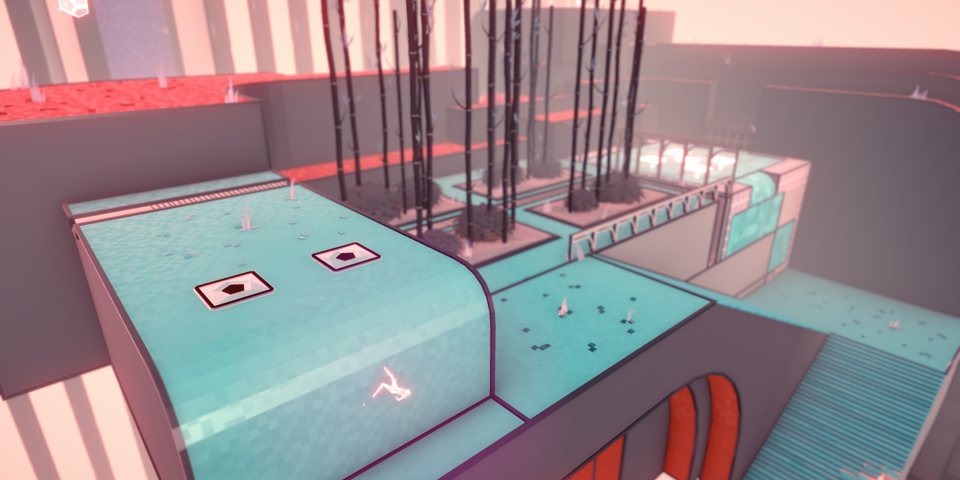 Oh heck, I don't recognise this place either...

There is of course, a huge feeling of smugness and satisfaction when you’ve finally put all the crystals in place. It’s a short-lived feeling however, when you are soon presented with the next level clearly born from a dark and devious mind.

Just when you get your head around the mechanics of the gravity-bending puzzles, a new head scratch of an element is introduced. We felt our poor brain cells positively fizzing with the introduction of walls and platforms that would disappear when you approached them.

It’s not helped by a belligerent camera system that prevents you from looking in all directions; instead, you have to fight with it to give you the angle you want, a fight you are more than likely to lose.

It's obvious you’re in way over your head when you’ve been playing a level for fifteen minutes and are still nowhere near figuring it out. But that’s part of its charm, as warped as it is.

If you’re looking for a challenge then this fucked up crystal maze of a game could well be for you. Just remember, you’ll need to use far more than ten per cent of your brain to have a chance of cracking it, that’s for sure, so if you’ve got it spare, give it a whirl.