There was a real, tangible sadness that fell over Europe recently. Not for the deadly pandemic sweeping our shores, but because it cancelled the musical institution that is Eurovision.

That’s right, no curious euro-pop tunes to fizz inside our brains, no creative outfits to marvel at and admire, no sassy commentary from our very own Graham Norton to savour, no nil points to the UK to endure.

But wait, all is not lost. Somehow foreseeing this madness was Will Ferrell. By surely magical means, the US actor not only saw the musical abyss ahead, he decided to provide a cinematic homage to take its place. This then is the story of Fire Saga. 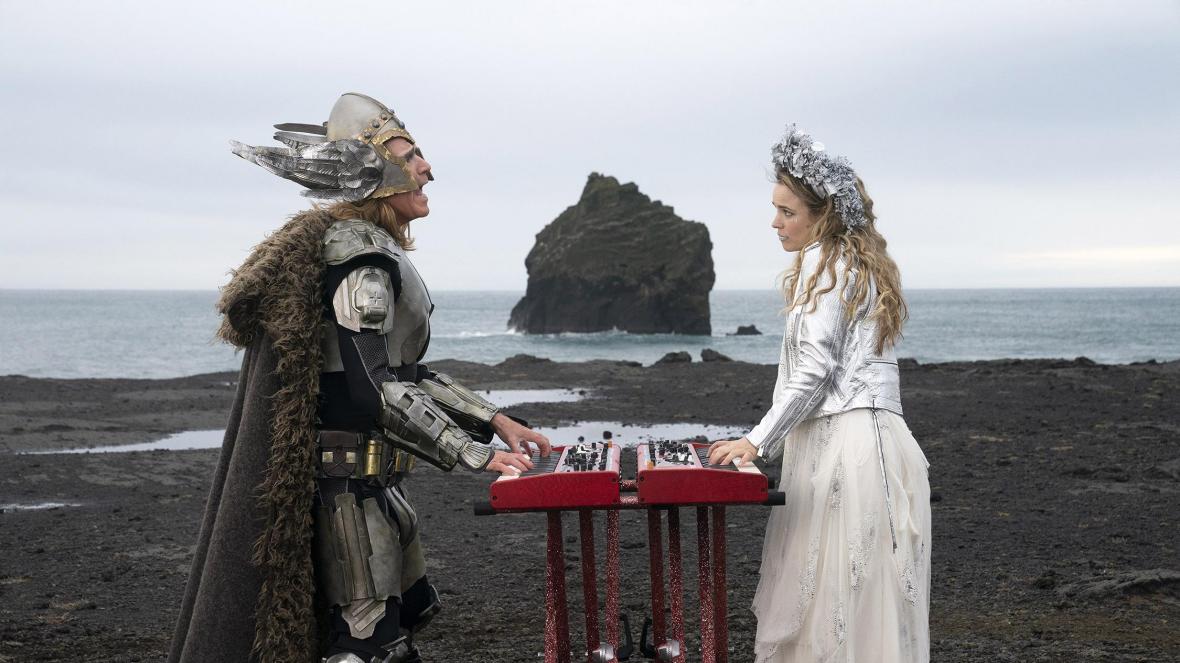 A cos-play proposal that didn't quite go to plan.

Iceland, 1974, and young Lars Erickssong is watching TV with his family. They’re all sat in front of the annual televised singing competition, that this year features a young hip band from Sweden. As Lars watches Abba perform, he his transfixed, and it comes to him that he will not only perform on this Euro stage, but win it, for Iceland.

Fast forward to present day and Lars (Ferrell), now a grown man, has a heart full of music, which he shares with his best friend Sigrit (Rachel McAdams), who probably isn’t his sister.

The two have been working over the years as a duo, performing live in some of Iceland’s intimate drinking establishments as Fire Saga, whilst working on the song that will get them into Eurovision.

Despite his father Erick (Pierce Brosnan) being about as unsupportive as you can get, Lars perseveres with his dream, with Sigrit, to the point where they submit their best song to represent their country.

However, to say that the competition at this stage is fierce, is an understatement. It’s by sheer luck that they got put into the mix in the first place, and their song is deemed by all to be the worst.

But perhaps fate, or the elves Sigrit believes in, or something more sinister afoot, means that the notion of Fire Saga on stage at Eurovision isn’t as far-fetched as it might seem. 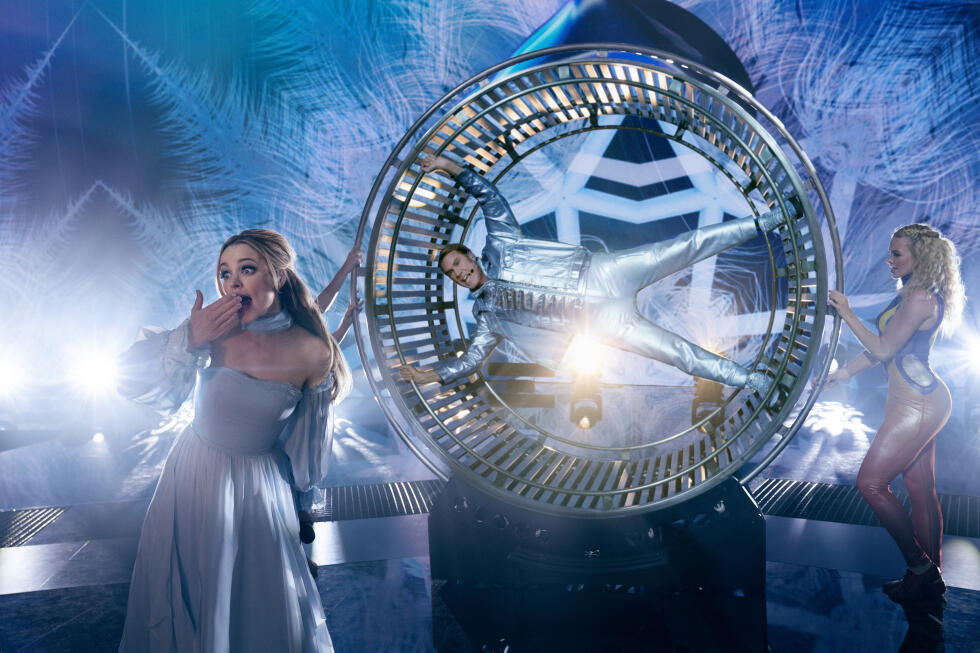 Please hurry and throw those damn knives at me!

There is a conspiracy theory, from an unverified source – namely us – that Will Ferrell masterminded the whole Corona virus thing just to force the cancellation of Eurovision and put the spotlight on his film. Although difficult to substantiate, it’s not difficult to believe that he’s more than capable of such an act in the name of self-promotion. Bravo Ferrell, well played.

It does seem an odd project for a US star to be involved in, particularly as the US aren’t involved in the competition in anyway, and therefore show no interest in it whatsoever. But Ferrell is not only married to a Swede, but has spent many a summer there, enjoying its many delights, including Eurovision.

So what could have been a hackneyed, under-researched, bland comedy, is actually a remarkably joyous love song to the contest, in all its hokey glory. Not only does it feature previous winners of the competition, but it even includes Graham Norton in his booth, doing pretty much what he would be doing on Euro night.

On top of that you get the usual silliness that Ferrell brings to a role, but there just seems to be a bit more heart with his Lars.

American director David Dobkin, whose own last big hit was 2005’s Wedding Crashers, had the foresight to include some top British talent, which includes a deliciously camp turn by Dan Stevens – who was clearly channelling the feminine side of Borat throughout – and the ever funny siblings Jamie and Natasia Demetriou, whose contribution is all too brief, possibly in an attempt to have them once again steal the show. And that’s not even mentioning Brosnan’s wandering Icelandic accent, that has clearly traversed the wilds of Wales to get to it.

Where it scores its biggest points however, is in the relationship between Ferrell and McAdams. The pair are completely committed to the relationship, with McAdams especially seemingly having a ball throughout. And yes there’s a lot of humour between them, but there’s also a surprising amount of tenderness between the two as well, which is actually quite touching.

Add to the mix the seriously catchy euro-pop throughout, and you have a film that not only completely captures the absurdity of such a competition, but also a continent’s unbridled love for it.

There is also some rather sad irony attached to the film; Ferrell happened to choose to have an Icelandic duo take part in the competition, a country that’s never won it to date. It just so happens that this year’s actual Icelandic entry, the really rather groovy “Think about Things” by Daði & Gagnamagnið, was favourite to win, but their hopes were dashed by Covid-19. Oh art, how you mock life so.

Yes the film does drag on a bit, much like the competition itself, but Ferrell delivers not only some well-needed laughs, but a warmth and obvious love for a peculiar European singing contest that will surely win your vote.