Looking at director Joe Berlinger’s career to date and two things spring to mind: his attention to all things criminal generally, and Ted Bundy specifically, shows impressive dedication; and he really should get out more.

But perhaps after his well-received Netflix documentary series Conversations with a Killer: The Ted Bundy Tapes, with all the research involved, the next natural step was a full-length feature on his subject. It certainly doesn’t do any harm having current heart-throb Zac Efron involved. But with the casting of Ted Bundy so crucial to the project, would having such a pin-up play your real-life serial killing protagonist work? 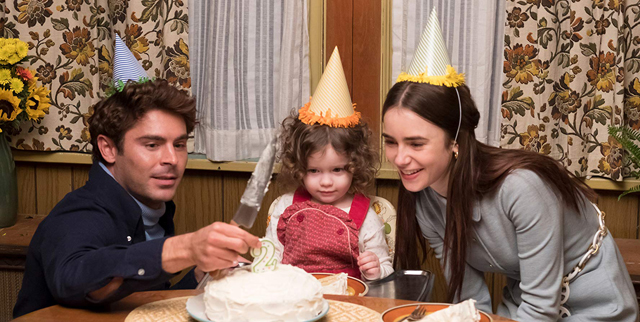 I wonder if i should mention now that one of her party invites is a main ingredient...

It was 1969 in Seattle when Liz (Lily Collins) met a stranger in a bar. They had some drinks, danced a little, and really enjoyed each other’s company. His name was Ted (Efron) and he would go on to become her long-term boyfriend.

Anyone could see that Ted was quite the catch; not only did he have the boyish good looks of a Hollywood movie star, he was also studying law. And on top of that, he was the ultimate father-figure to her young daughter Molly. Some might say he was too good to be true. He was.

Alarm bells ring when Ted is picked up by the police and arrested on kidnapping charges. Ted pleads his innocence to Liz, and as he explains, he can’t help look like the photo-fit they have of the offender.

Despite his pleas, Ted is convicted of aggravated assault and sentenced to prison. It won’t be for the first time. As the years go on however, Liz struggles more and more with the many ugly accusations made against her man; Ted couldn’t possibly be capable of the many heinous crimes he’s accused of, could he? 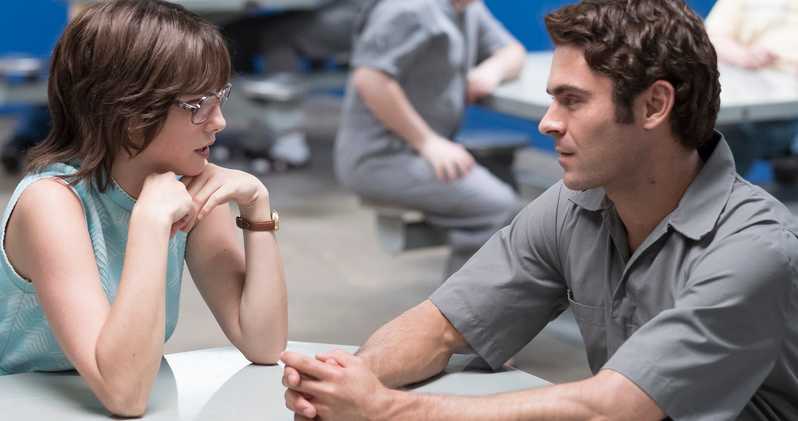 Considering the real life material, Berlinger cleverly avoids the obvious route of displaying the outright evil that infamous serial killer Ted Bundy committed. Instead, he offers a love story; Liz is so smitten with Ted, and in her eyes, he displays no visible signs of anything other than being the perfect boyfriend. To that end, Berlinger smartly allows Bundy’s real-life infamy do a whole lot of the heavy lifting.

This works out for Efron too. Here’s an actor keen to shake off his clean-cut High School Musical image and be taken seriously as a versatile talent. This is the perfect stepping stone into more serious territory, but without the overkill – literally. Instead, Efron wears the mask of an innocent man perfectly; even though Bundy’s status as a serial killer is familiar to many, Efron gives the kind of performance that could quite possibly trick you into thinking that maybe he was innocent after all. To that effect, the audience plays the part of the long-suffering Liz throughout.

And although Efron is quite mesmerising , Collins does well in the supportive-but-slightly-unsure girlfriend role, as well as a sturdy cast including an almost unrecognisable Jeffrey Donovan, Kaya Scodelario and stealer of scenes John Malkovich.

If you’re looking for a blood spattered biography of Bundy’s many crimes and victims, this isn’t it. Instead Berlinger offers a thought-provoking insight into how a multiple killer cunningly projects a winning persona of innocence that not only hoodwinked those closest to him, but also managed to win over a large swathe of the female population at the time with his devilish good looks and charm.

Make no mistake however, Bundy was pure evil, through and through. And although Berlinger decides not to revel in his murderous ways, it’s possible that, despite one powerful moment of realisation, the film as a whole doesn’t quite do enough to reflect how truly evil he was, particularly when you consider the unbridled devastation his actions caused on his real-life victims and their families. Perhaps it should have taken more than the descriptive title to get this point across. So in that sense, the film lacks a little balance.

Kudos to Efron though, who not only does everything asked of him with aplomb, but also manifests evil with the kind of convincing smile that could fool the world.