Imagine a race where the cars can reach speeds of well over 200 mph! Sounds exciting huh? It’s ironic then how Formula 1 racing can make such a thrilling sounding event so utterly dull.

Despite all the incredible speeds of these remarkable vehicles, and the toll it takes on the drivers just to control them, watching an F1 race can prove as challenging as the event itself, as the many cars drive around, and around and around...

But just because a sport may not tickle your particular fancy, doesn’t mean that its gaming equivalent doesn’t have something to offer. After all, fishing is hardly a sport you would devote that much time to watching prime time, but how many games have you whipping out a rod and reeling in the catch of the day?

Here then is the officially licensed game for the very fast vroom vrooms that make up F1. 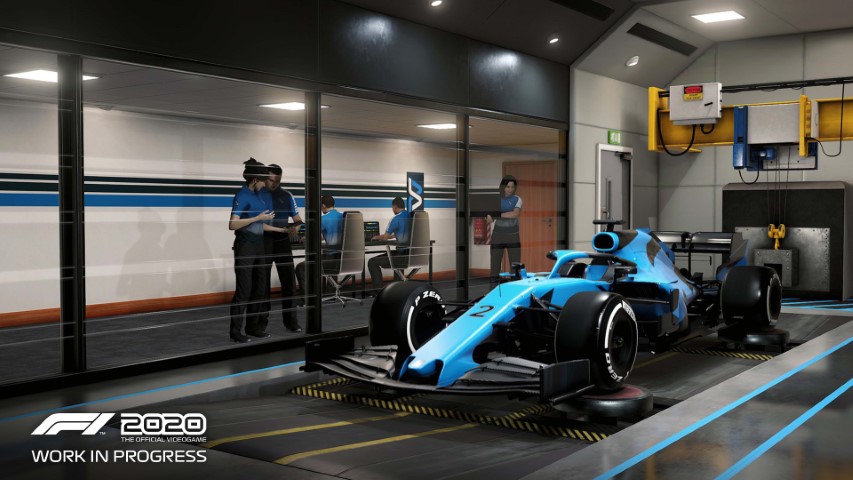 The game is developed by Codemasters, who know a thing or two about driving games, as they have the likes of Colin McRae and the Dirt franchises in their gaming garage, so the racing pedigree is certainly there.

The fact that it’s a licensed title means that all the cars, drivers and circuits all associated with the sport are available. Natch. It also means that Codemasters have strived for the best F1 experience for gamers, and it’s impressively detailed.

Getting behind the wheel of an F1 car is unlike any other driving experience. The first thing you may notice is the incredibly tight turning circle of the steering wheel. Even at a full turn, it feels almost impossible to take a sharp corner with any dignity. One things for cert, they would be a real bugger to reverse park in.

Driving around a track is really quite impressive. The low view makes you appreciate how difficult it would be to drive the real thing, and when you put your foot down, you get that adrenaline rush from the ludicrous speeds you can reach.

This level of detail also includes the weather, particularly when it rains, you get the sensation that you’re actually driving in the rain. It’s even the smallest of details the developer includes that makes you realise the time and devotion that goes into this type of game. 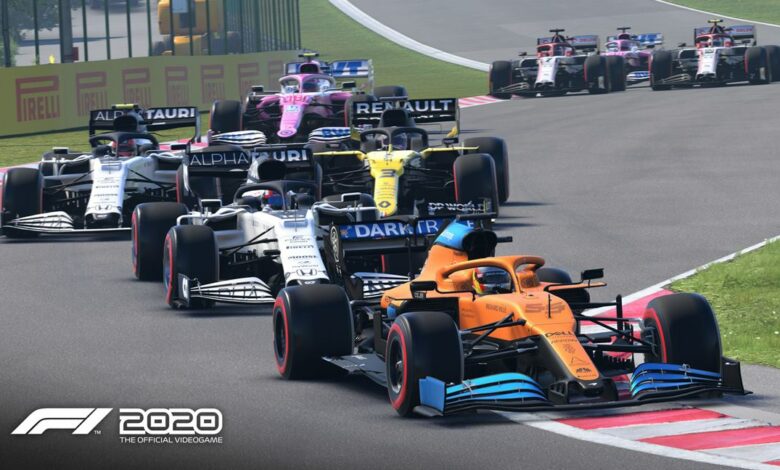 Quick, get Nintendo on the phone, tell them we've found one of their Pokemon.

There’s no ignoring the fact however, that despite the ludicrous amount of money pumped into F1, it’s certainly popular to watch, but couldn’t be described as a much-loved sport. In fact, it’s the ultimate Marmite sport to that extent.

To that end, it’s quite a niche market as far as gaming as concerned. The racing genre in gaming is quite a wide spectrum, stretching from arcade to sim. F1 is most definitely at the very end of that spectrum, acting as a bookend propping up the simulations.

Codemasters are fully aware of this, which is why they have included My Team; this is a remarkably deep management sim, which allows you to not only tinker with the development of parts for your car, but also include sponsorship deals, interviews with the press, etc. It also includes races, but Codemasters are fully aware that the physical driving element of the game can be a little overwhelming to the casual gamer, which the My Team option has been included for specifically for them, so gives you the opportunity to sim the actual races. It sounds almost counter-intuitive for an F1 game to give the gamer the opportunity to skip driving, but it works remarkably well. Or it does to a certain point; if you overwork the vehicle either in practice or the time trial for your grid position, there’s a chance the game will punish you by having to actually race – the irony.

And it has to be said, for the casual gamer at least, the racing element of the game is by far the least enjoyable aspect of the game. That’s not taking anything away from the game, on the contrary, it’s because Codemasters have done such a polished job in replicating the banality of the real sport, that it may well put casual gamers off. It’s this attention to detail however that will no doubt prove a hit to those loyal F1 players, and make their engines purr in a slightly purvey fashion.

The realism of a race however, may be just too much for both the casual driver, and those that prefer their racers with more red shells. The races feel like they last forever, with doing over 20 laps during a race not unusual, and that if you gently bump into the car in front or next to you, you will get a penalty, and/or spin off of the track. Certainly many of the tracks will hate you, all designed to make overtaking virtually impossible – certainly without hitting another vehicle that’s for sure. And don’t even get us started on the races like Monaco, where the best the thing to do is just let everyone overtake you, so you can take a leisurely drive past all of the driver’s homes in their little tax haven.

For us, the most enjoyable part of the game was everything other than the races. Even the time trials, where you just drive around the circuit on your own, only with a lead ghost vehicle in front of you to gauge how well, or not, you’re doing. And although it’s a gimmick the fact that your pit crew can tell you how you’re doing through the PS4 controller’s built in speaker, it’s also a stroke of genius.

But that doesn’t stop us recognising all the work Codemasters have done, tinkering under the hood of this franchise, trying all they can to broaden the appeal of this niche sport, that probably makes it the best F1 game there’s been. It’s certainly the most accessible to date for casual gamers, but even in ‘casual’ mode, this game is no push over.

If you have a love for all things F1 however, then Codemasters have stayed true to the license and produced the perfect F1 racing sim for you to get behind the wheel of.