Two of the biggest reasons for war, sadly, are religion and land. One of the most prominent examples concerning both is between the Palestinians and the Israelis, with one of the oldest cities in the world at the heart of the conflict – Jerusalem.

This documentary focuses on a Palestinian refugee, who longs to return to her home, especially to see a tree that grows there. 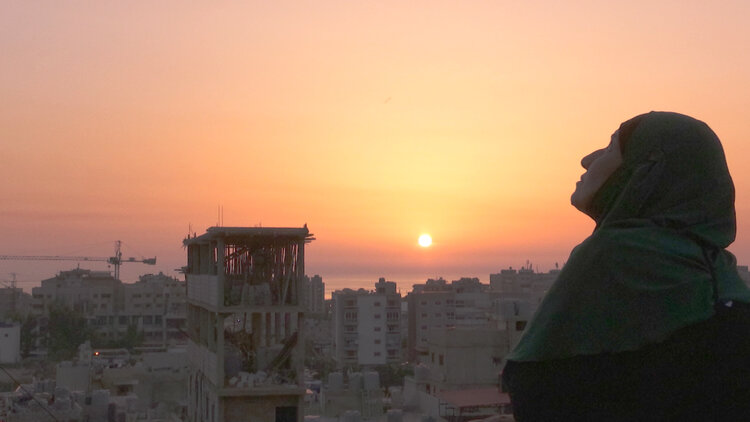 Ahhh Tatooine's other sun is over there!

Living and working in a refugee camp in Lebanon is Fadia. She was forced to leave her family home in Palestine, as were so many, and now finds herself running a kindergarten within the refugee camp.

Fifteen years ago she met Sarah Beddington, who was travelling, and ended up talking for hours. Fadia invited her back to the refugee camp, to see the life she was now living. The pair became firm friends, with Beddington, now in her capacity of a filmmaker, keen to tell Fadia’s story to the world. 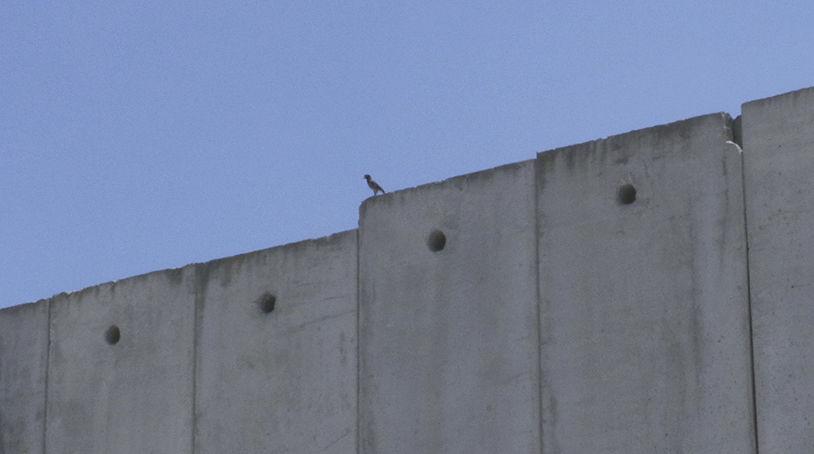 Hey guys, there's someone over here with a loaf of bread - seriously!

At the heart of it is Fadia’s longing to return home, to a small village called Sa’sa’, where a Mulberry tree grows, considered by the locals to be extremely special. Due to the on-going political situation, it’s not even possible for her to visit her homeland, so Beddington agrees to go on her behalf, and search for the tree that means so much to Fadia.

Beddington’s directorial full feature debut documentary certainly has its heart in the right place. It doesn’t get drawn into the political climate, which never looks like ever being resolved, focusing instead on the impact it has on one woman’s life.

Throughout, the director also focuses on the migrant birds of the area, that although are being tracked for scientific purposes, can come and go as they please. It’s a relevant metaphor to use, no doubt, but it often comes across as featuring just as much Fadia’s story. This means that it’s just used in a somewhat heavy-handed fashion, or simply padding to make the film full-length; which, it has to be said, it would probably work better if it were a short feature. Yes, birds have the freedom to come and go as they please, we get it, move on.

It also suffers somewhat for Beddington’s lack of appearance in the film. Of course she doesn’t want to take the focus away from Fadia, but by always being this ethereal voice, it diminishes the friendship that they have clearly cultivated over the years. In doing so, the film certainly lacks warmth, with this obvious disconnect between the two.

We’re also informed at the end of the film that Fadia is now a grandmother, and yet there’s no interaction with any other immediate family members to reinforce the emotional pull of returning home. A blind uncle does appear, but only to be used as a human SatNav.

And although it sounds almost shameful to say it, the film’s pay-off is truly lacking; with the tree being such an important part of Fadia’s life, there’s an expectation of it being an almost cinematic revelation; alone, perched on a hill, with a dramatic backdrop, perhaps with an almost religious glow to it against the setting sun. But no. Without giving away a major spoiler, it’s the kind of tree you could walk past every day and simply ignore, unless you’re a fan of mulberries of course.

Instead of so many shots of looking off into the distance, across borders, the film is in desperate need of being far more personable, not only between the director and her subject, but also of Fadia and her homeland. What it needed was for her to be smuggled into the country in the back of Beddington’s car, perhaps being chased by officials. But even then, that final shot of Fadia hugging the tree still might not have been enough to satisfy an audience.

What is in its place, is as deflating as it sounds though: woman finds tree. Phew, we can all sleep soundly now.