With over sixty acting credits to his name, with his big screen debut coming by way of playing an Amish farmer in Peter Weir’s 1985 classic Witness, Viggo Mortensen is trying his hand behind the camera for the very first time.

But as if directing wasn’t taxing enough, he’s also written the script, the music, played piano on, as well as take on a starring role in Falling, a film about a strained father son relationship. 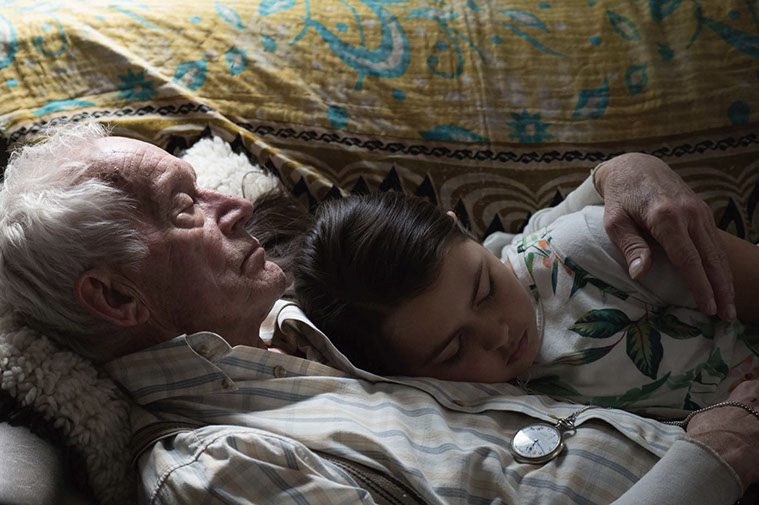 Little did they realise when they took their nap, that only one of them would wake up...

Whilst sitting on a flight with his father Willis (Lance Henrikson) to California, John (Mortensen) soon realises that this visit is going to be a difficult one. And he’s not wrong.

At 75 years old, Willis is very much stuck in his ways, and those ways are extremely dated and offensive. Not a great sign considering that he’s to stay with John and his partner Eric (Terry Chen) and their young daughter Monica (Gabby Veils).

It is a visit fraught with awkward conversations and just plain rudeness, with both father and son getting lost in memories of yesteryear together. 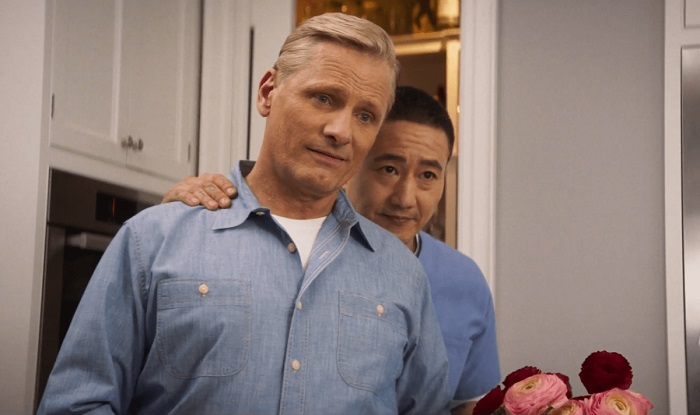 So I just wanted to tell you all that the rumours are true - i've gorwn a second head.

Mortensen has stated that he didn’t necessarily plan to also act in his directorial debut, but as it’s an independent feature, there was a greater chance of it getting made with him starring in it. But with Mortensen wearing so many different creative hats for this project, there’s a chance that the film suffers from his uber productivity overall.

There’s something disappointingly dry about this feature. Although Henrikson is wholly convincing as the crabby Willis, it lacks personality. His offensive diatribe is all one note, lacking any kind of emotion, one way or another. This makes it difficult for an audience to feel anything at all towards him, as it’s all just noise.

The same can be said of the response towards his outbursts; the family are restrained and extremely polite, delivering nothing by way of dramatic tension. The film is crying out for Willis to be some kind of Melvin Udall character, as played by Jack Nicholson in 1997’s As Good as It Gets, who may well be a complete and utter rogue, but there’s a personality underpinning it.

Also, there’s no development of either his story or personality throughout; with both the present and the often used flashbacks, nothing changes except that Willis is, and always has been, an unpleasant individual. And certainly more specific, a terrible husband and father.

Mortensen the writer is keen on developing the central theme of the father son relationship, but at no point do we ever think that it was anything less than loveless. The film highlights a common thread between many father and son relationships, and that is that the son never hears the words ‘I love you’ from his father. It’s quite a powerful notion, but one that falls somewhat flat here; there is one scene towards the end that finally confronts it, but it’s all too little too late.

Despite a great cast, that also include Laura Linney – although she does feel wasted here – the film is devoid of raw emotion, which sadly allows for a numbness to run all the way through it. Considering the powerful issues it raises, the majority of the film simply comes across as an old man offensively spouting off, whilst everyone around him accepts his behaviour.

Perhaps the one thing Mortensen does get right is the sense of obligation that many offspring will have for their elderly parents, regardless of how their parents treated them throughput their lives, that can only test their tolerance.

There’s almost a sense that Mortensen’s film is mining for emotional gold; but when it hits a rich vein, instead of following to see how much can be mined from it, it decides to just grab the handful it has and turn back. With just a bit more digging, there’s every chance Mortensen could have hit the jackpot. This result here however gives a glimpse of what could have been, but nothing more.