Da plane, da plane! For a number of generations, this repetitive sentence will only have a hint of racism about it, and nothing else.

For older farts forever, it will carry a heavy whiff of nostalgia, recalling as it will the signal for magical adventures on Fantasy Island, the hit US show that ran from the late seventies to the early eighties, making stars out of Ricardo Montalbán and Hervé Villechaize.

This reimagining comes courtesy of Blumhouse Productions, who have produced such horror Franchises Paranormal Activity, Insidious and The Purge. 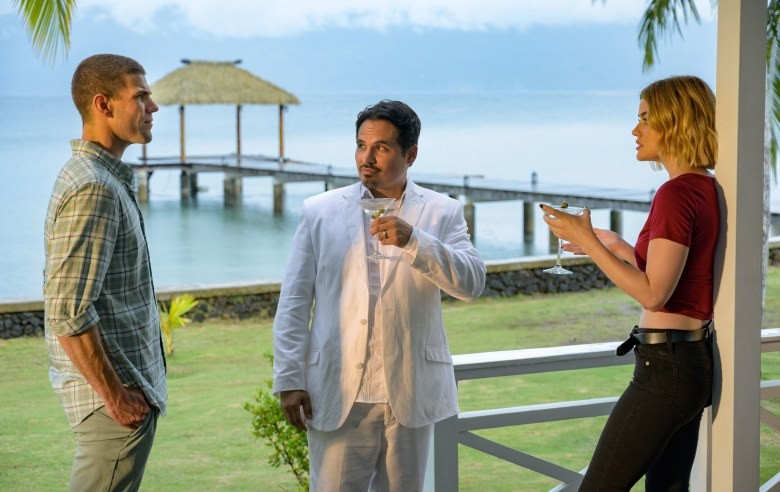 That's right, i got points on the box office takings, so cheers to that!

They have been invited by the ‘keeper’ of the island Mr Roarke (Michael Peña), where he will allow them to fulfil one fantasy each.

eEveryone invited is highly sceptical as to how it will all work, but are curious to see how it plays out.

It isn’t until each of their fantasies begin that it dawns on them that not only what they thought they desired might not actually be the case, but also how quickly a fantasy can turn into a nightmare. 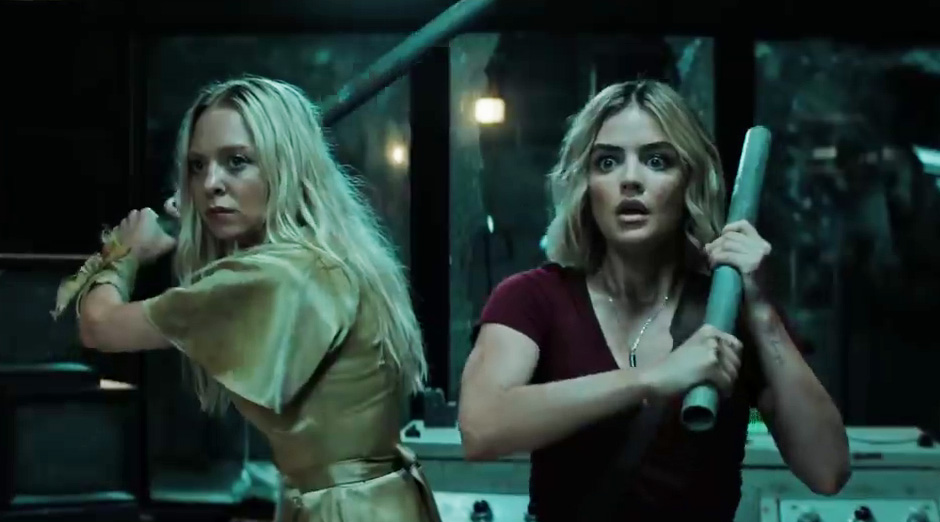 With baseball viewing figures dwindling, it was hoped these new changes would appease the fans.

If you remember the original TV show, you may come away being disappointed by this interpretation of it. But if you have no connection with the original series, well, you’ll probably also be disappointed.

That’s not to say the film doesn’t give it a good old try. There are some fun elements to this, and its twisty end is actually quite admirable if you stand back and soak it in. But it’s mostly just a gentle nod to its source material, playing out more like a Westworld in bikinis, where guests are subjected to very personalised fantasies, in a very controlled fashion. And things get a little dangerous on the island, as the line between reality and fantasy starts to blur, just like in Westworld.

Here’s the rub however; it’s not terribly scary. It actually works quite hard in character and plot development to the point that director Jeff Wadlow neglects any real sense of horror. At times it actually feels more like an old fashioned whodunit, trying to encourage the audience to second guess where it’s going next. Where it does go however is more likely to have you reaching for a travel brochure for sunnier climes, than instil a level of unbridled feat within you. So in that sense, it owes a fair bit to the mild exploits of the classic show.

But to be fair, Blumhouse may well be smarter than we give them credit for – they’re certainly richer. They produced it for a paltry $7 million dollars, and made a cool £40 million in profit at the box office.

Yes it's the filmic equivalent of rubbernecking, which might bring out a morbid curiosity in you to see it through to the end. Although it doesn’t deliver on the nostalgia hit, it does have an oddly appealing B-movie quality about it, which may just make you stay longer than expected.